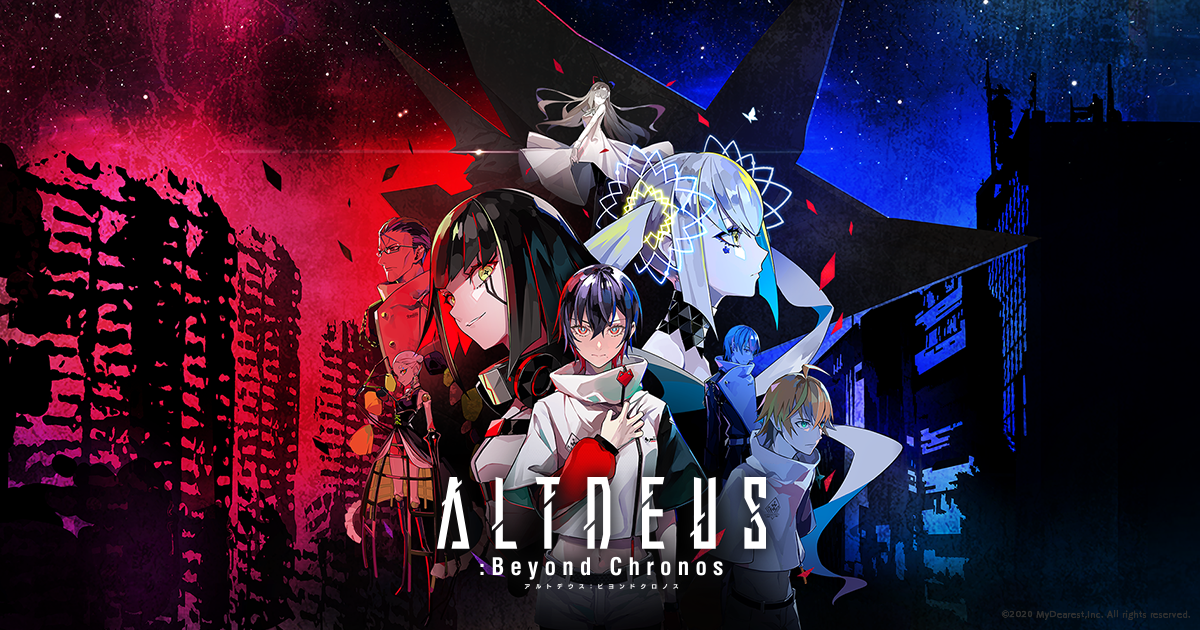 When first approached about ALTDEUS: Beyond Chronos I was open to the concept of vr mech battles with an over-arching story. What’s there not to be excited about? What I got in reality was a sneakily deceptive visual novel hiding behind a world full of mechs.

Taking place 200 years after the previous game Tokyo Chronos(but does not follow the story) ALTDEUS follows Chloe a broken protagonist going through the loss of what seems to be her best friend Coco. The character Chloe is less of a well thought out character and more of the vehicle for the player to learn everything through a weird almost amnesia type of storyline.

Some of these character models seem as though they have been recycled from the previous game including Anima, Yamato, and Julie but from what I’ve seen their previous personalities and history have no baring to the Beyond Chronos plot.

Chloe suffering through the loss of Coco continues to march forward through the invasion of odd space meteors pummeling the Earth. It is up to Chloe and her team of almost nonexistent mech riders to take out the ufo. I say team very loosely as when the game switches over to actual gameplay you only really see Yamato and that is it.

The trailer is the most exciting thing about this game because it shows a game that is not offered properly in execution.

Gameplay wise in Beyond Chronos there is no walking, there is very little choices, and there is little to really explore. The vr angle of this game is primarily looking around and pointing at things to get a larger description of the item with one of the items in the room often being a trigger to another dialogue sequence.

The voice acting in this game is almost like a fever dream. Some are goofy, serious, and eccentric but are relegated to very minimum roles while the stars of the show Coco and Chloe are dreary and painful to listen to. I’m talking like non-ironic Shenmue level painful. There’s not much else to say other than I wish there was an option to change the voice acting to Japanese.

The mech sequences in which you get to power a large robot to battle aliens should be the most fun in theory but it is remarkably fleeting once you get put into the cockpit. There is no enginuity to these mech sequences other than placing your arms where they want you to place your arms and put them together when they want you to. It’s heartbreaking how little control you have in this game that calls itself an interactive story when the only interaction you have is to look at a billboard and it tells you “it’s a billboard”.

The “puzzles” in this game are also exaggerated by the trailer when the game literally hands you the key to most of these. There’s no way that you can go through a sequence without plugging a key into the lock to progress. The only true option you have in ALTDEUS: Beyond Chronos is whether or not you want to play through it again when new story information comes to light.

The game does take an impressive turn when it is revealed that there are alternate endings that connect the story further and further but the farther I got into the story the more I wondered why I wanted to keep going. Did I really want to see another ending of a game that I didn’t much enjoy or was it my brain telling me to always finish what I start? In the end I played through the game 3 separate times and aside from the ending the only thing that happens is a different Coco flashback leading up to the ending.

A new method for fighting in the mech is also introduced after the first playthough that gives a game a more Undertale like approach with killing the meteors but Beyond Chronos lacks the exposition and character development for it to be impactful.

ALTDEUS: Beyond Chronos is a heavy serving of dialogue and story with none of the interactivity one would want from a vr game. It is a virtual novel game through and through. The “gameplay” however boils down to sticking your arms out or pointing at things while the rest of the game revolves around listening to a cast of poorly voiced characters trying to explain the plot of Neon Genesis Evangelion.

The story wants to go places but your patience can only survive a few trips in the cockpit.