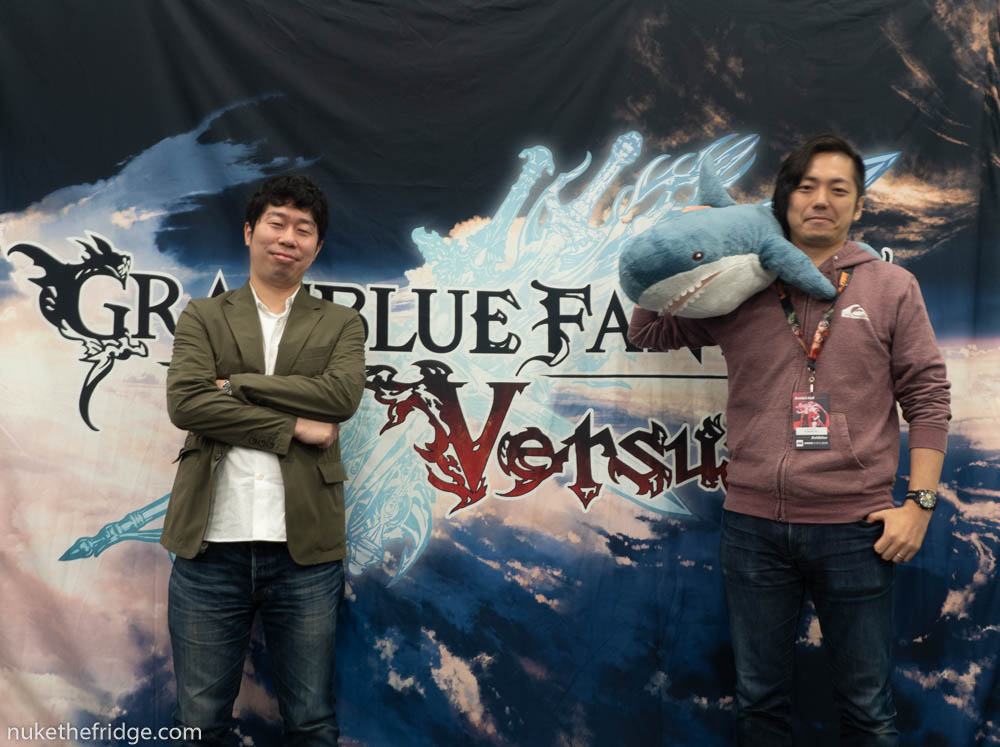 Japanese game developer Cygames had a big presence at Anime Expo this year with upcoming titles, fighting game Granblue Fantasy: Versus and action game Granblue Fantasy: Relink. Versus is currently being developed by Arc System Works, whom many know for their excellent Guilty Gear series. Attendees had the chance to try out the game in the exhibit hall as well as scoring some cool swag for playing.

We had a chance to sit down with Granblue Fantasy’s Producer Yuito Kimura and Creative Director Tetsuya Fukuhara about the recent Versus beta and esport plans.

Can you please introduce yourselves to our readers?

Kimura: I am Yuito Kimura, I am the producer of Granblue Fantasy as well as Shadowverse and the game Princess Connect Re:Dive.

The Granblue Fantasy: Versus network beta took place a month ago when many players got their hands on the game for the first time. How was the reaction from your side?

Fukuhara: The reactions were very encouraging for us. As you know, as development is in a closed environment we weren’t really sure how players would like it. Of course we were confident that users would enjoy the preview video we released before the beta test which had Daigo Umehara and Fuudo fighting each other with the Versus characters. We were somewhat nervous, we found that beginners enjoy the game which is very important and on the other hand some of the pro gamers highly praised the game system itself. It gave us confidence on how we wanted to build up the game. 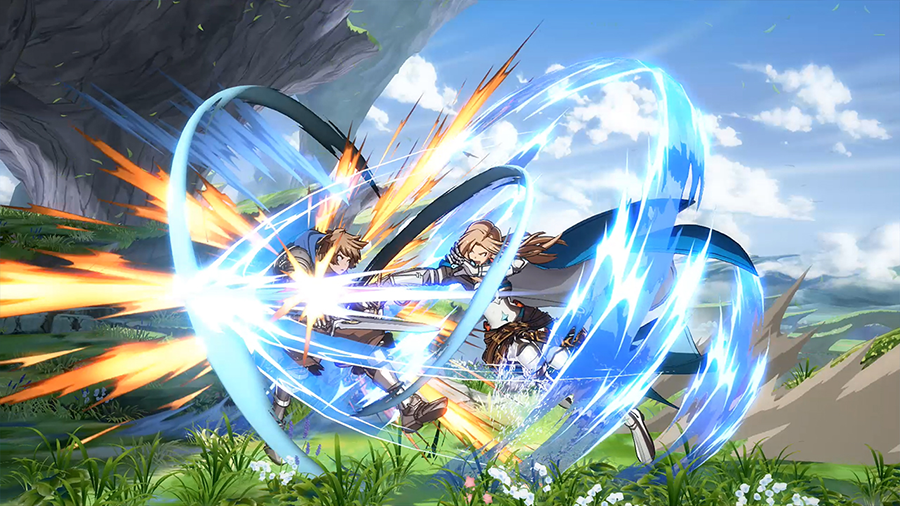 Was there any feedback from players that you weren’t expecting that ended up being helpful towards the development of the game?

Fukuhara: One unexpected reaction was the Super Skybound Art command. A lot of people found it was too hard to execute. That was probably because people were starting with Versus didn’t have much experience with fighting games. That was something we didn’t really expect, but having that feedback means we might think about changing the activation.

Do the two of you play each other often? And who’s the better player?

Kimura: We play each other quite a bit. It goes about 50-50 between us.

Which characters do you play?

Fukuhara: A character that’s yet to be announced. (Laughs) 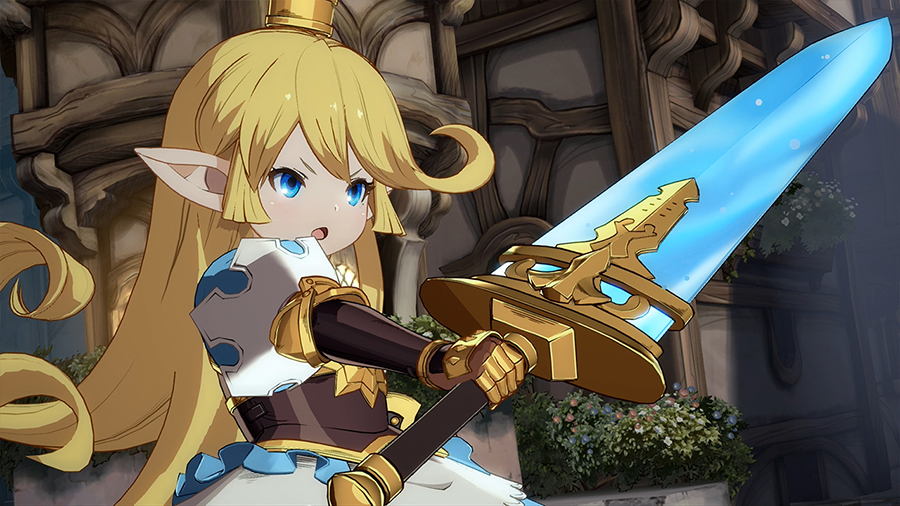 I wanna ask both of you about your personal history with fighting games.

Kimura: From elementary school, I started out playing Fatal Fury, Street Fighter II Turbo. After that I went to the arcades to play King of Fighters. I took a break from fighting games, but in college I played Super Dragonball Z which I also entered into tournaments. And later, Street Fighter IV!

Fukuhara: For me, in elementary school, it was Street Fighter II. After that in the arcades Fatal Fury, Vampire (Darkstalkers). When I got a Playstation, it was Tekken 2 and King of Fighters 95. Then in high school, I played Guilty Gear X and from there the following sequels and Blazblue. For Guilty Gear and Blazblue, I’ve played those for about 10 years now.

I can see you’re an Arc System Works fan, How did you feel when they were chosen as the developer for Versus?

Fukuhara: To tell the truth, I wasn’t the one to hold the ball on deciding who the developer for Versus was. When I heard they were picked to make the game, as a fan I was excited. Considering the game engine that was used for Guilty Gear Xrd, that had great synergy in expressing our character artwork for Versus. That was one aspect that contributed a positive impression to work with Arc System Works.

In the past year, Cygames had significant presence at Evolution and also sponsor a handful of well known fighting game players including Umehara and Fuudo. What are your goals for esports?

Kimura: Helping other esport competitions is one thing and sponsor pro players is another thing. Each of them have their separate purposes, for example sponsoring players, we wanted to give them acknowledgement of the Cygames brand itself and also we wanted to contribute in creating a sustainable culture for pro gamers doing what they love. Since we have Shadowverse, we have massive competitions with high prize money as well as smaller scale events. All of those combine together as our contribution to esports which we hope proves well in the future when we’re having titles like Versus as well.

Should we expect the same level of commitment to the fighting game scene as much as Cygames supports the TCG scene like Shadowverse?

Kimura: We don’t have much details, but we will use our past experience with Shadowverse. We hope Granblue Fantasy: Versus will be satisfying title for esports content creators so we are definitely planning more commitment to esports through Versus.

Granblue Fantasy mobile features a lot of very cool collaboration events. What happens when you first get a pitch for a collaboration and how does that process go?

Kimura: When having tie-ins or collaborations, there are multiple factors, the first thing is we want the IP we’re collaborating with to be active during the collaboration event. Another thing is looking for synergy between our IP and their IP to try and create a new experience. And quite simply would it bring us more players and excite the current player base. All of those are things we consider for collaborations or tie-ins.

Despite not having an official release outside of Japan, there’s a considerable overseas player base for Granblue Fantasy mobile. Do you take that community into consideration when developing new content or features for the mobile game?

Fukuhara: We definitely acknowledge the english-speaking fanbase and truly appreciative. For new contents, we generally start development 12 months before the actual release so generally we can’t change anything based on user feedback, domestic or foreign. Speaking on localization, which happens near the end of development, we do want our english users to experience the same feelings as the Japanese users.

Do either of you have a favorite character in Granblue? And is there a character you like that you haven’t acquired yet?

Kimura: Tweyen . As for characters I haven’t yet obtained… there is none. I have every character I want. 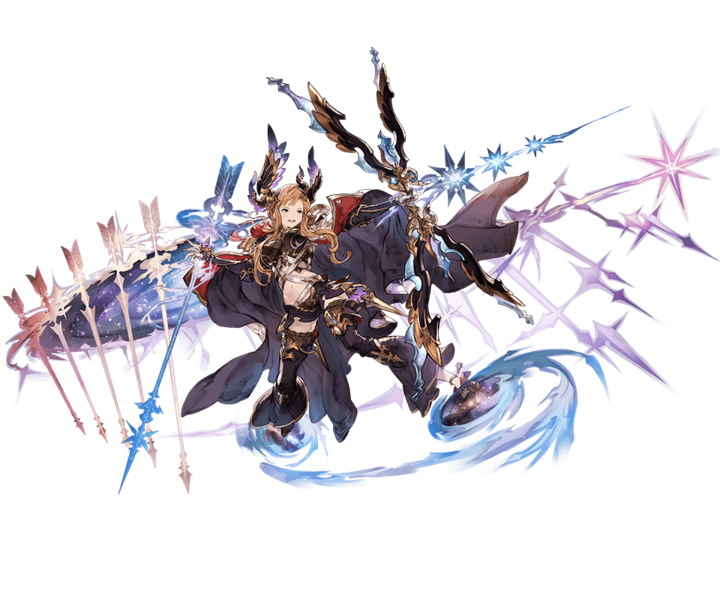 Fukuhara: Nicholas. For characters I’ve yet to get, aside from the Arcanum characters, I’ve got every character I want. 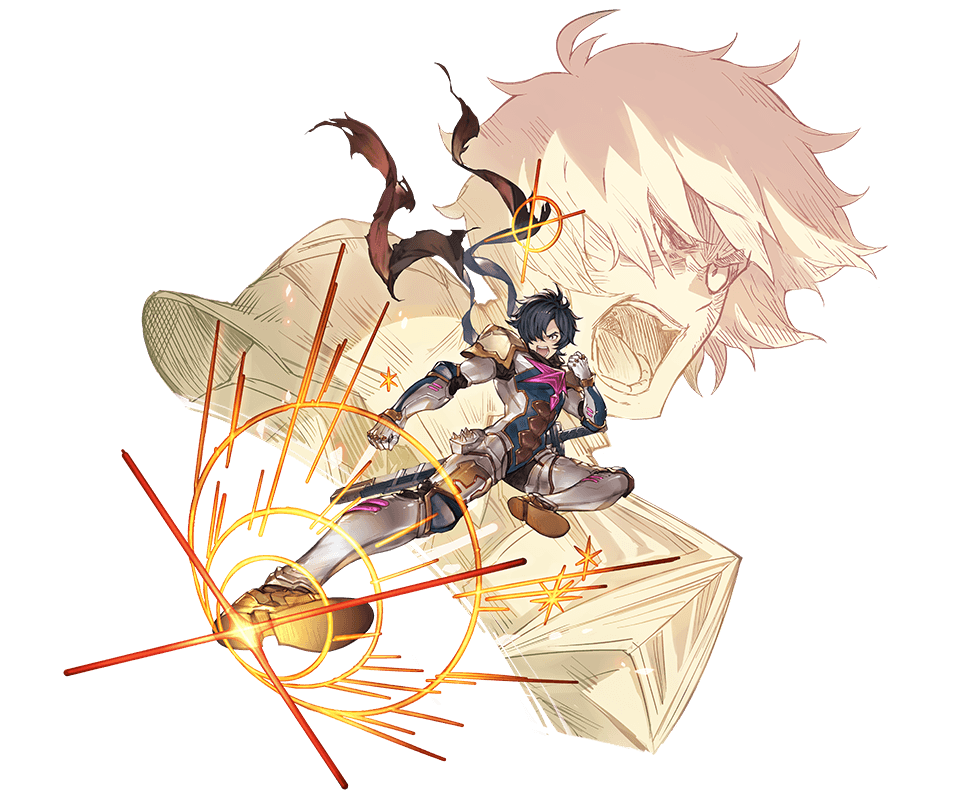 Lastly, what are your plans and hopes for Granblue Fantasy overseas?

Kimura: There’s the second season animation, Versus, and Relink will be localized into multiple languages. That will be a good springboard for bringing the IP from Japan to the world. Based on that, we may have new strategies depending on the reactions from players.

Thank you both for your time! Look forward to the upcoming games.

Thank you to Dai Omori for helping with interpretation.