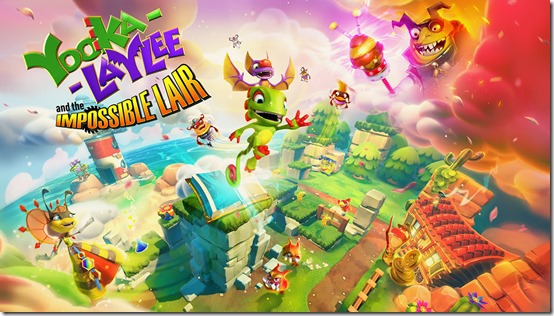 Yooka-Laylee and the impossible lair has had not short supply of comparisons to other 2D platformers, such as Donkey Kong Tropical Freeze. And while creators have mentioned that Donkey Kong is a clear inspiration for this game, it still means this game lacks a certain level of originality.

Well, one thing Playtonic’s doing to separate itsself from the pack is introducing different level states.

In The Impossible Lar players will adventure in a 3D overworld. And, if the player changes the status around the start area for the 2D level, then the conditions in the level will change.

Yooka-Laylee And The Impossible Lair is set to release Q4 2019.