The next generation Xbox Series X will be in our hands this holiday season, and today the Head of Xbox Phil Spencer revealed more mind-blowing features of their next machine. When the PS4 and Xbox One launched in 2013, they weren’t using the latest and greatest hardware at the time. This doesn’t look to be the case with Xbox Series X (and what we know about the PS5), as the console will utilize a next gen CPU based on AMD’s Zen 2 and Radeon RDNA 2 architecture, resulting in 12 Teraflops (TFLOPS) of Graphical performance. For comparison, that’s twice the power of Xbox One X and eight times the power of the base Xbox One. This also means developers can utilize the system to run their games at 120 fps. This could mean some games will give you the option to play at 4K 60fps or 1080p 120fps, though that is speculation.

The Xbox Series X will also utilize hardware-accelerated DirectX Raytracing, which will dramatically change the visuals of games through ultra-realistic lighting and reflections. This type of hardware was only available to PC players through the high-end RTX cards from Nvidia, but with this technology, it will soon be available to console players as well. Especially with all of these games being stored in next-generation Solid-State Drives (SSDs), which promise faster loading times and larger game worlds. 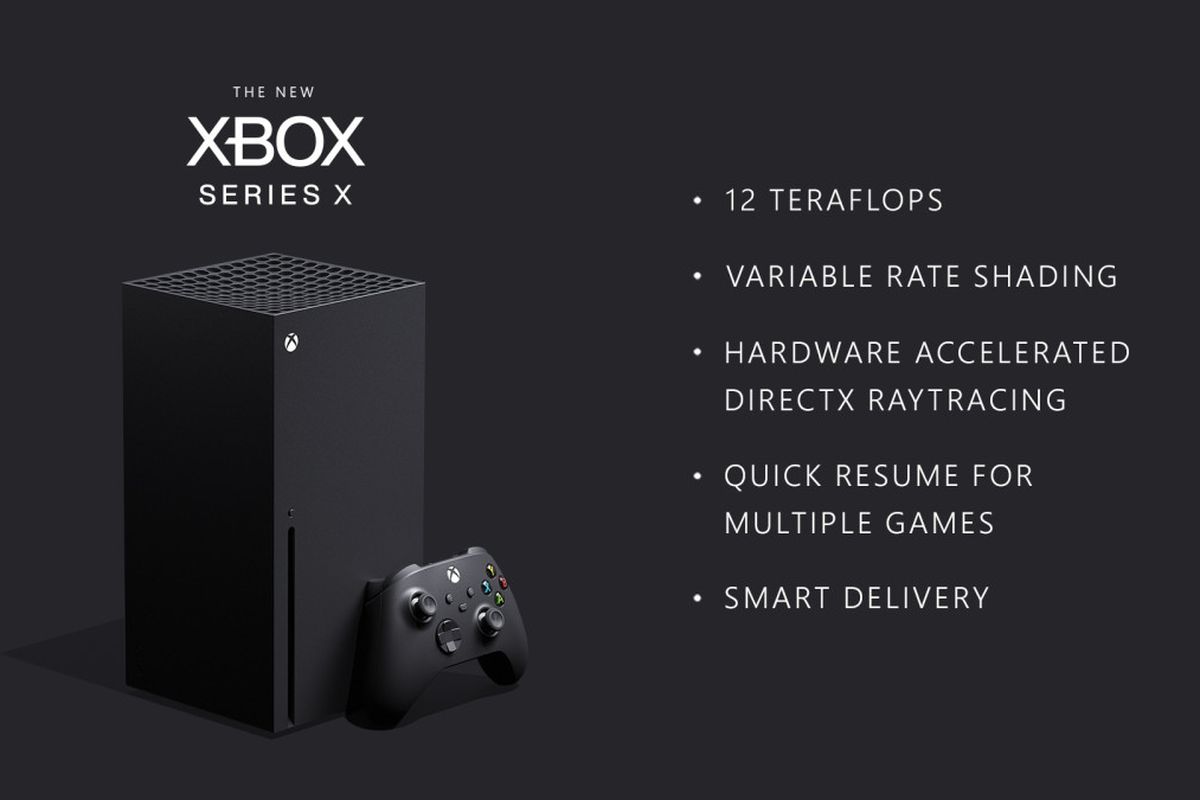 What about your older Xbox games? Fortunately, Xbox promises backwards-compatibility throughout the previous Xbox generations. Another new feature called Smart Delivery promises that you only need to buy a title like Halo Infinite once to ensure it’s the right version of the game no matter what platform you’re playing it on. This means if you buy Halo Infinite, play it on your base Xbox One, and buy a Series X later, you’ll still reap the benefits of playing on a Series X without buying the game again. Developers can choose to make their games Smart Delivery compatible if they so desire, and CD Projekt RED is one of those developers with Cyberpunk 2077.

Xbox Series X is our fastest, most powerful console ever, designed for a console generation that has you at its center. This means a high-fidelity gaming experience enclosed in a quiet and bold design, with the ability to discover thousands of games across four generations, all with more playing and less waiting.

Whether it’s empowering amazing creators at our 15 Xbox Game Studios, fueling game discovery with Xbox Game Pass, or expanding what and where you can play with Project xCloud, Team Xbox stands for frictionless pathways between players and the best experiences our remarkable art form has to offer. Xbox Series X represents that same commitment for players who want immediate immersion in games that also look and feel better than ever.

We can’t wait to share more details about the new Xbox with you in the coming months.