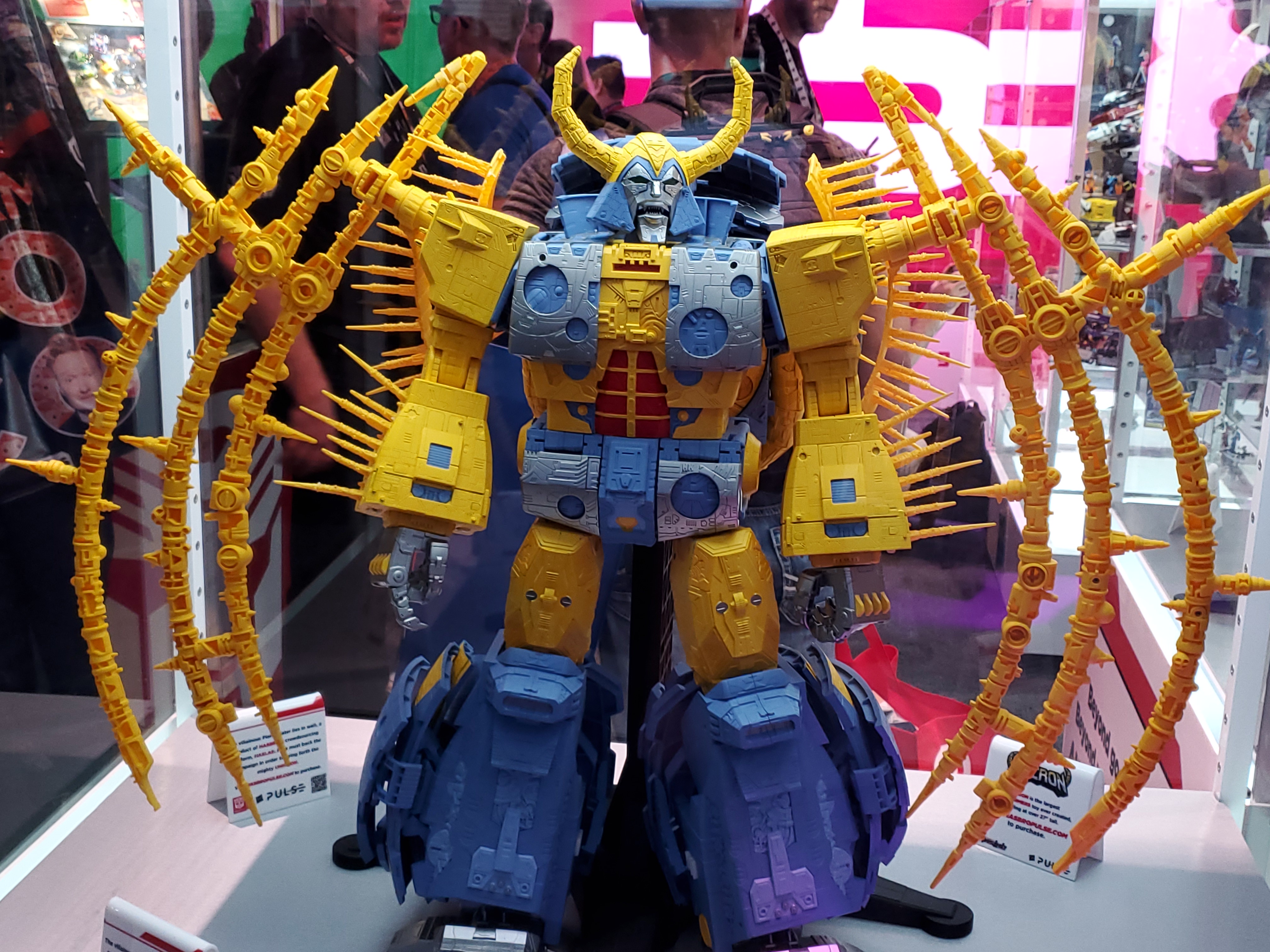 Transformers fans were in for a massive surprise when Hasbro announced plans to release their largest figure ever, Unicron. The The 27-inch-tall behemoth was on display at San Diego Comic-Con and it was definitely a sight to see in person in both modes. 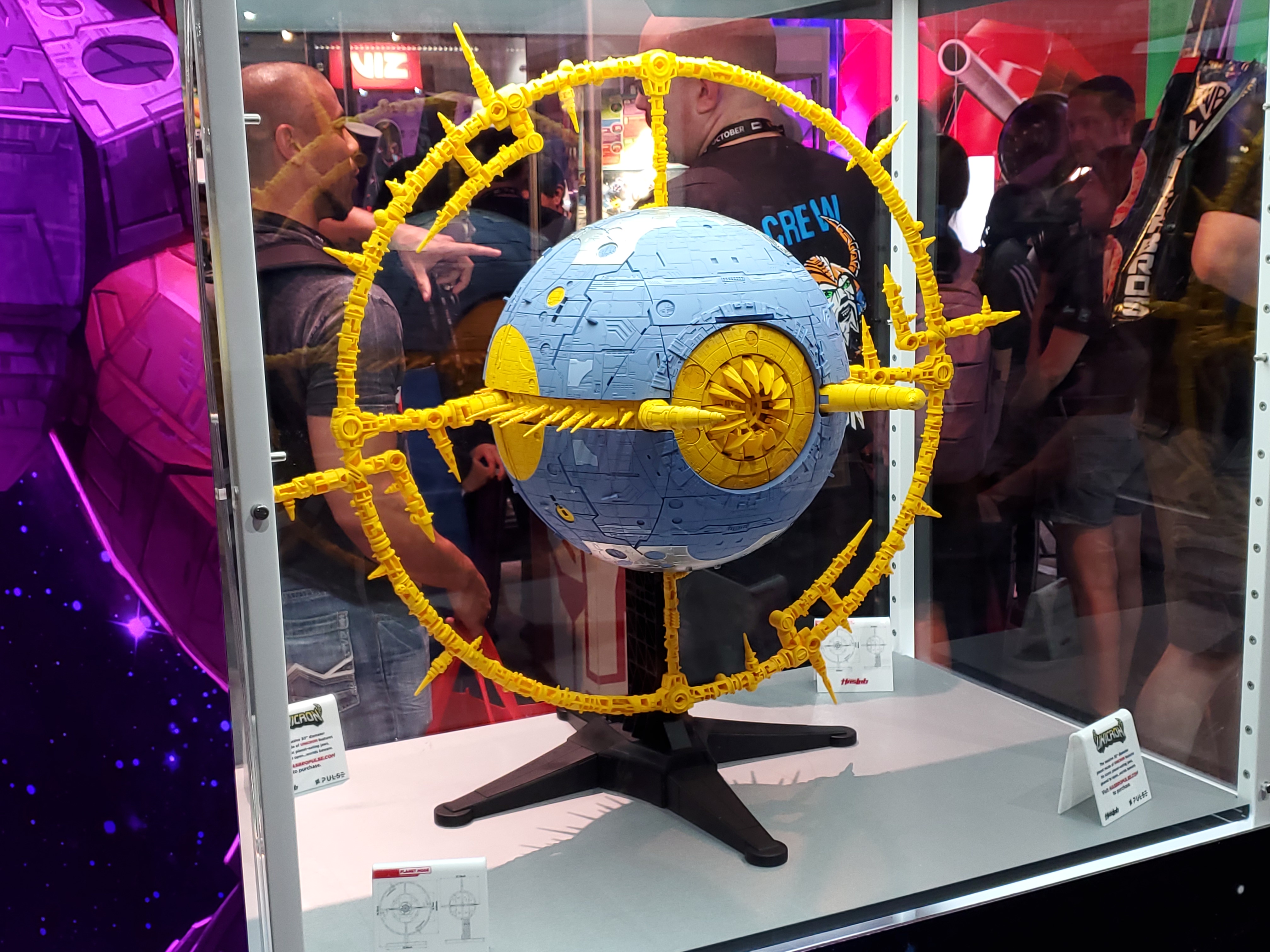 We had a chance to chat with Marketing Director Ben Montana and Senior Design Manager John Warden about Unicron, some of their favorite Transformers and what about some more Transformer cross-over pieces such as a G.I. Joe U.S.S. Flagg.

Unicron won’t be cheap as it will retail for $574.99 and in order for it to be made, Hasbro is looking for a minimum of 8,000 fans to back to commit to the figure by August 31, 2019. If that number is reached, Unicron will go into production with an estimated release of early 2021. You can head over to the Hasbro Pulse website for more information, if you want this ultimate transformer piece in your collection.

It wasn’t only the Transformers toys we talked about either, we also had the chance to talk about the Transformers TCG. It’s a game we’ve recently started playing more often because of the fun mechanics behind the game but rather than me going on about it we can have an expert talk more about it, especially when the expert is the Brand Manager for Wizards of the Coast.