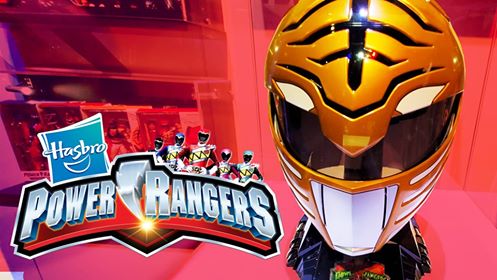 Earlier this year, Hasbro took complete control of the Power Rangers license. It’s a series very near and dear to my heart as I grew up watching it and buying all the Bandai toys from the figures to the Zords.

With Hasbro now in charge of not only the toys but the television series (as well as movie) we’ve been really looking forward to what Hasbro plans on releasing in the future. The first releases in the Lightning Collection look fantastic and I definitely want more especially in terms of villains but more importantly I want to see Zords!

So what better time to see what’s coming than San Diego Comic-Con! Here we had a chance to talk with Mona Ahn (Global Marketing) and Vanessa Fung (Product Design) about what’s coming as well as a look at the Power Ranger panel which revealed the White Ranger Helmet and that Austin St. John will be heading to Power Rangers Beast Morphers.

Here is looking forward to what else Hasbro has in store and may the power protect you!