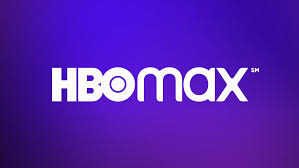 Big shake-up in the movie industry!

Warner Bros Pictures has just announced that they are releasing their entire slate of films simultaneously in theaters and HBO Max for 2021.

Due to the circumstances with the worldwide pandemic, things have been very unstable. We’ve seen Wonder Woman 1984’s release date changed several times within the year. Many other studios are struggling with what to do with future projects. It seems like Warner Brothers has revealed a new strategy for 2021. Hybrid releases simultaneously with theaters and their premium streaming service.

That’s right, if you’re lucky enough to have a theater open near you you will have the choice of either watching a Warner Brothers picture on the big screen or HBO Max. A smart move because this would place HBO Max with streaming service such as Netflix and Disney plus.

Here’s a list of films that are set to be released:

The Suicide Squad, The Matrix 4, Dune, Godzilla vs. Kong, and Space Jam: A New Legacy. Other films include: Little Things, Judas and the Black Messiah, Tom & Jerry, Mortal Kombat, Those Who Wish Me Dead, The Conjuring: The Devil Made Me Do It, In The Heights, Reminiscence, Malignant, The Many Saints of Newark, King Richard, and Cry Macho.