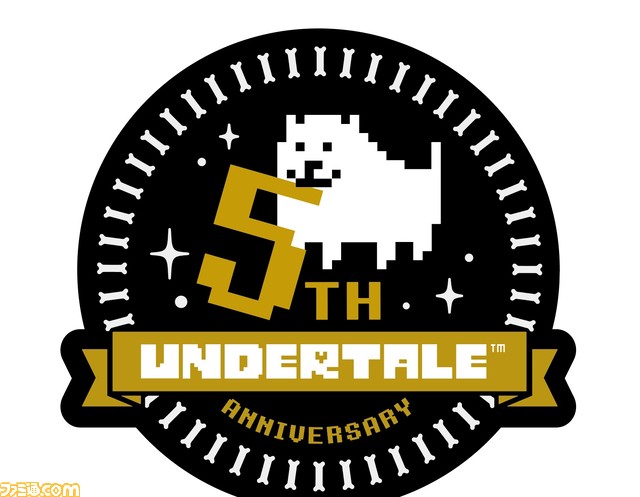 Toby Fox, the creator of Undertale and the future sequel Deltarune, revealed via Twitter that there are several plans in the works to celebrate the fifth anniversary of the release of the massively successful rpg Undertale.

Plans involve a concert, commemorative merchandise via Fangamer, a feature in Famitsu, and a few more unannounced announcements.

https://t.co/CiqBCnPvlA has been updated! First announcement…

On 9/15 at 7PM PDT (10PM EST), we'll be streaming a free orchestral concert by MUSIC Engine! Check out https://t.co/CiqBCnPvlA for details! pic.twitter.com/CGqrAJQ1wx

Remastered and released the pattern of May 6th, 2019 (daytime performance) by MUSIC engine for online distribution. In addition, Fangamer’s 5th anniversary commemorative goods will be unveiled for the first time during the intermission. A new T-shirt designed by Toby Fox, the creator of this game, is also available. Part of the proceeds from the new T-shirts from Toby Design will be donated to the new Corona-related welfare support activities of the Red Feather Community Chest. This event will continue to be available as an archive even after it is released.

The Undertale 5th Anniversary Concert will premiere on Youtube on September 15th at 7pm PST.