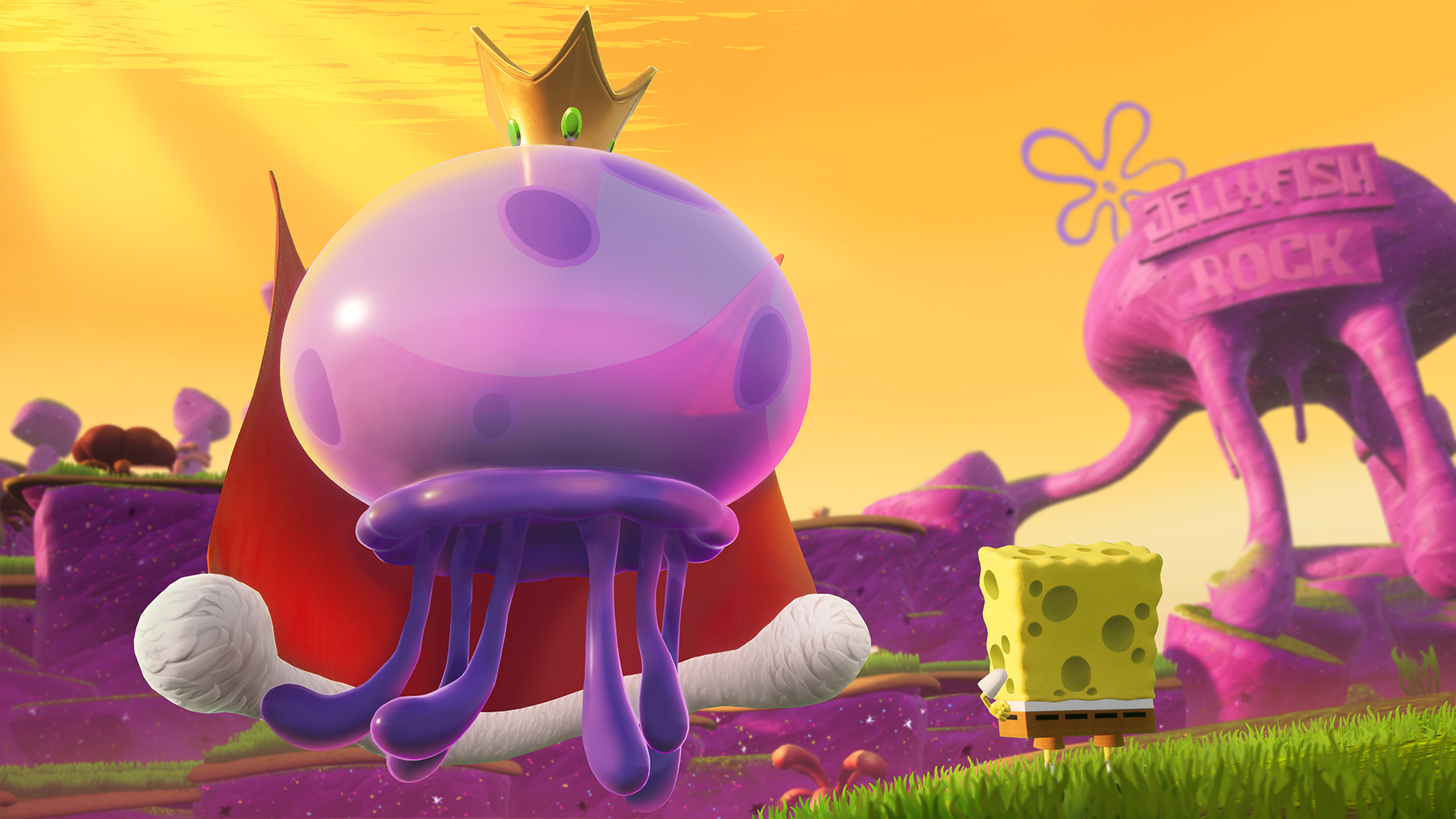 We got a bit of gameplay of the upcoming remaster of one of the most beloved platformers of the sixth generation of consoles during Gamescom this week. Although the conversation about the game was in another language the gameplay for Spongebob Battle For Bikini Bottom Rehydrated is understandable in all languages.

The first gameplay we get to see of the upcoming title is Jellyfish Fields naturally as this is the first actual stage you visit in the game. Spongebob then tackles some of the games base enemies. It’s your standard first look as there isn’t much going on other than a peek behind the developer curtain to see what the hoopla is about.

Spongebob and the rest of Bikini Bottom look very faithful to the core look of the original game and the moves look as nice spongy as ever.

Spongebob Battle For Bikini Bottom Rehydrated will be ready for war when it releases on PS4, Xbox One, Nintendo Switch, and PC in 2020.