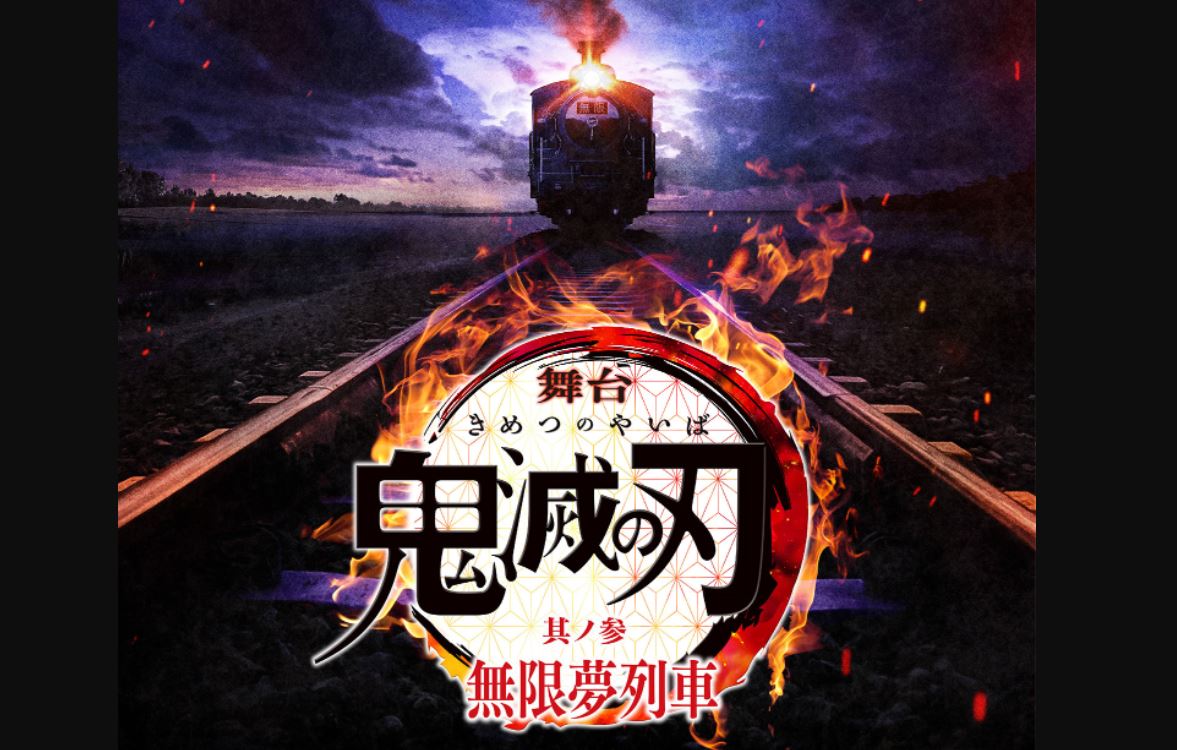 Popular series Demon Slayer: Kimetsu no Yaiba will return with a third stage play this fall in September and October 2022 in Tokyo and Kyoto. This time, the stage play will adapt the Mugen Train arc. Several members of the cast for the previous stage plays will return, including Ryouta Kobayashi as Tanjirou Kamado and Hiroshi Yazaki as Kyoujurou Rengoku. Writer and director Kenichi Suemitsu and composer Shunsuke Wada will also return for this third adaptation. Follow their twitter for more updates. 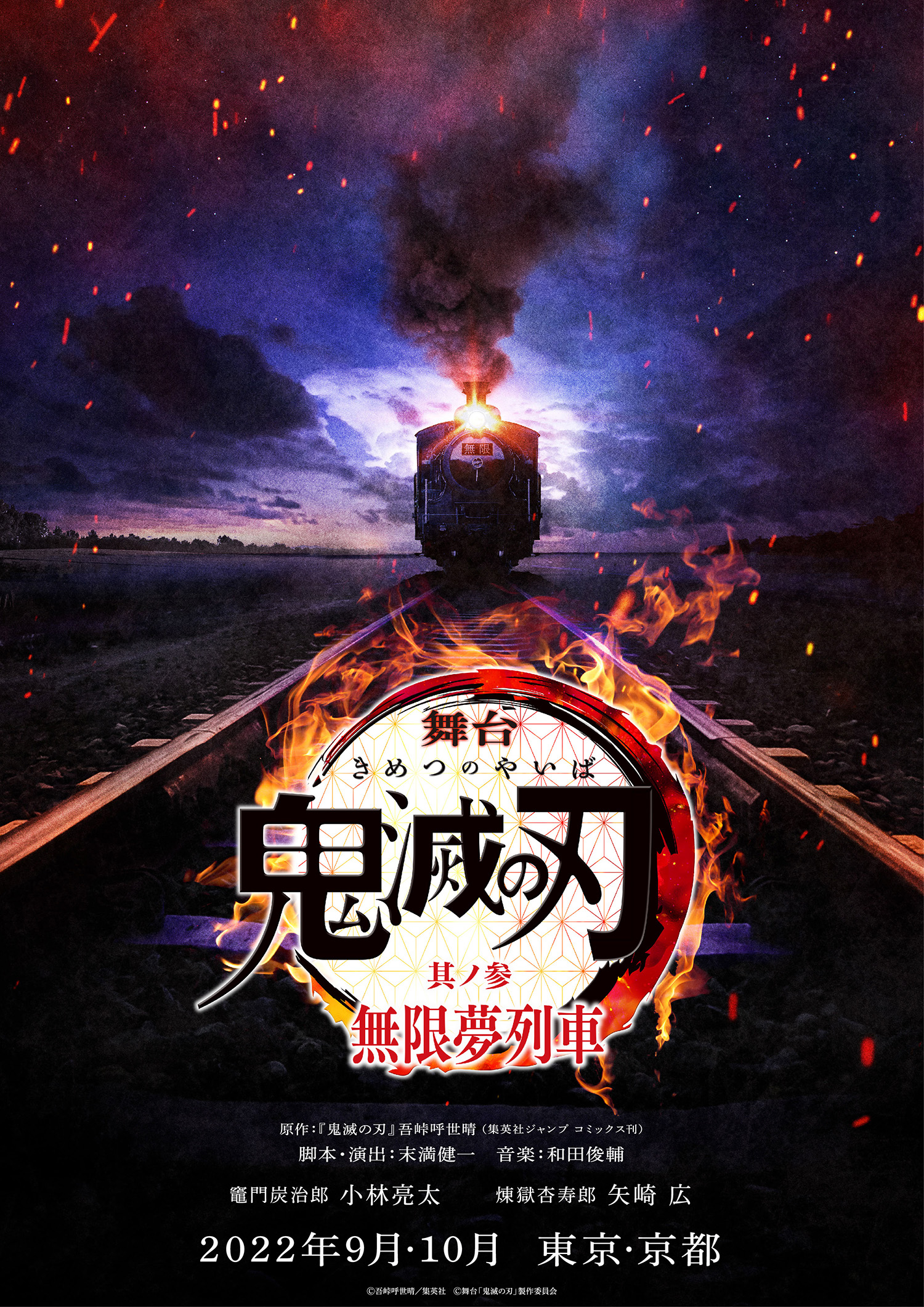 The animated film Demon Slayer: Kimetsu no Yaiba The Movie: Mugen Train premiered in October 2020 and was the highest-earning film that year worldwide, a first for a non-Hollywood film. The anime adaptation of the Mugen Train arc later premiered on October 10, 2021 with seven episodes.