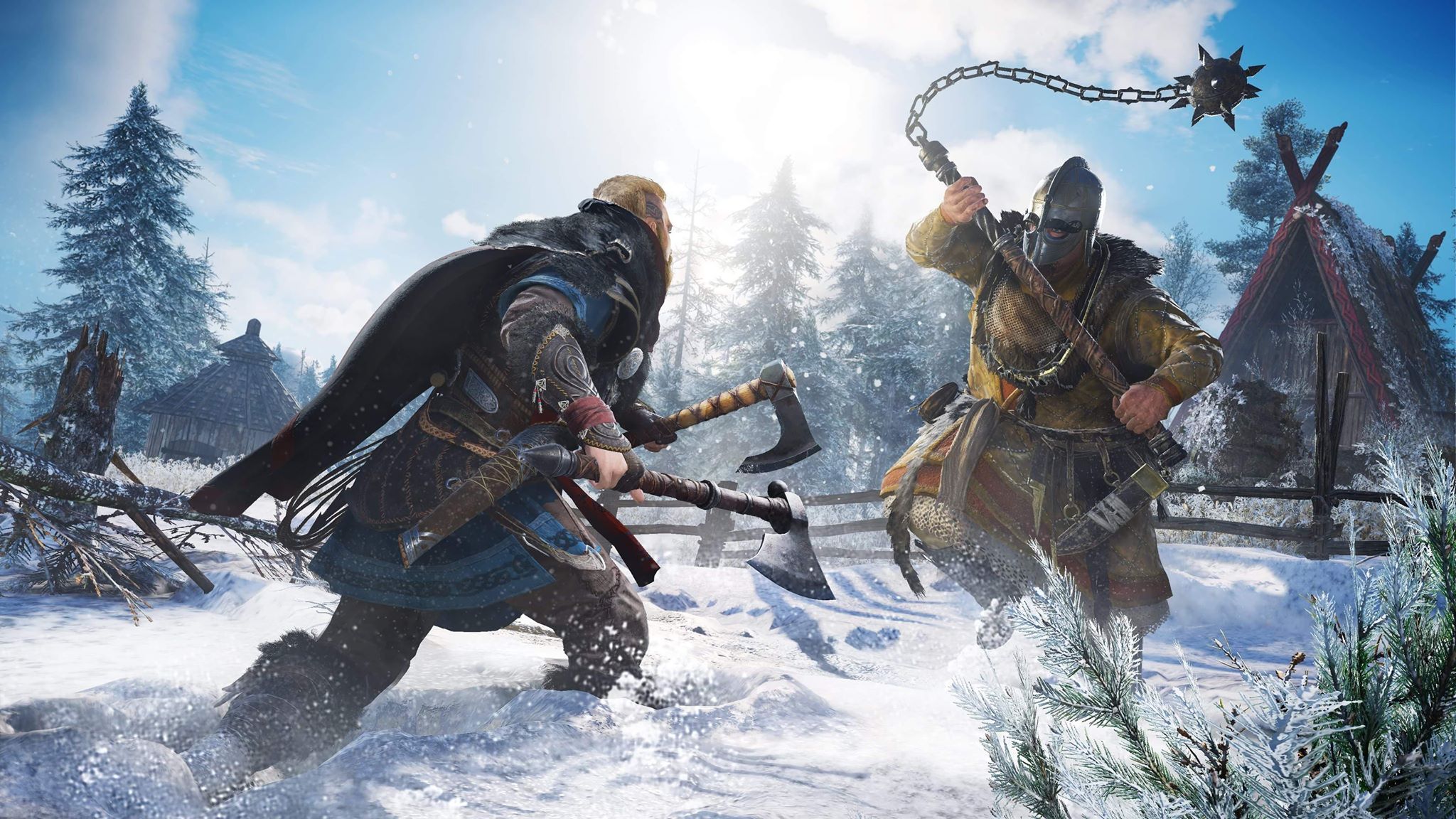 The Next Assassin’s Creed Game Will Tackle The Epic World of Vikings, Premiere Trailer

Teased on Tuesday via their official social media channels, the internet lit ablaze with questions about the next Assassins Creed title and today Ubisoft released the trailer for the next installment of the iconic franchise Assassin’s Creed Valhalla.

The cg trailer shows off a stunning and quite moving scene featuring Eivor who leads his family into England to fight in a thrilling and emotional segment.

Become Eivor, a mighty Viking raider and lead your clan from the harsh shores of Norway to a new home amid the lush farmlands of ninth-century England. Explore a beautiful, mysterious open world where you’ll face brutal enemies, raid fortresses, build your clan’s new settlement, and forge alliances to win glory and earn a place in Valhalla.

England in the age of the Vikings is a fractured nation of petty lords and warring kingdoms. Beneath the chaos lies a rich and untamed land waiting for a new conqueror. Will it be you?

You will also be able to have a large say in customizing your settlement in Valhalla.

Grow and customize your own settlement by recruiting new clan members and building upgradable structures. Get better troops by constructing a barracks, improve your weapons at the blacksmith, discover new customization options with a tattoo parlor, and much more.

Gameplay for the upcoming title will premiere during a special Inside Xbox airing on May 7th at 8AM PST.

Assassin’s Creed Valhalla will wage war when it comes to PS4, Xbox One, PC, and the upcoming Xbox Series X holiday season 2020.