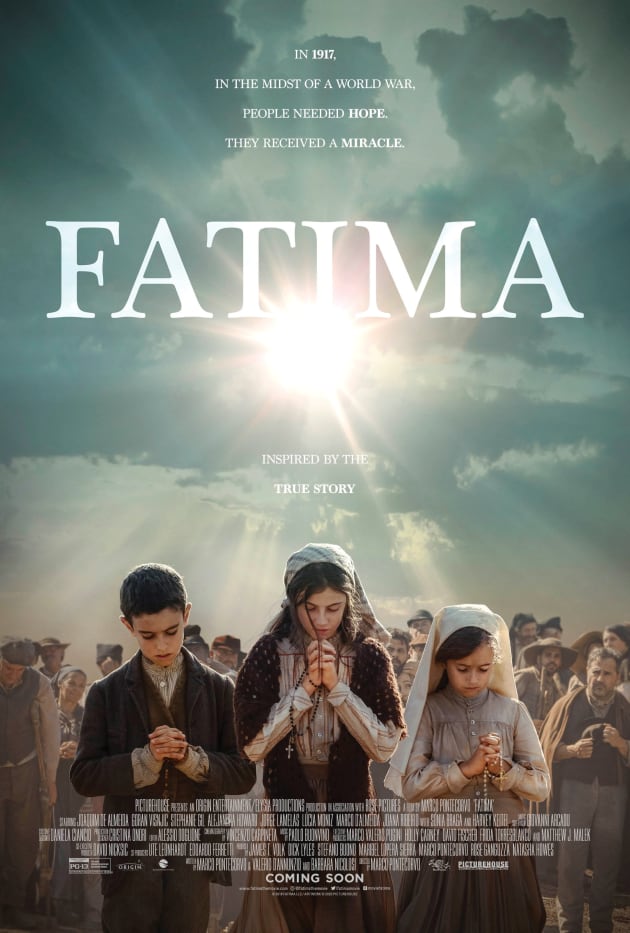 In FATIMA, it was 1917, outside the parish of Fátima, Portugal, a 10-year-old girl and her two younger cousins witness multiple visitations of the Virgin Mary, who tells them that only prayer and suffering will bring an end to World War I. As secularist government officials and Church leaders try to force the children to recant their story, word of the sighting spreads across the country, inspiring religious pilgrims to flock to the site in hopes of witnessing a miracle. What they experience will transform their quiet lives and bring the attention of a world yearning for peace. Based on real-life events and starring Joaquim de Almeida (“Queen of the South”), Goran Višnjić (Beginners), Stephanie Gil (Terminator: Dark Fate) and Lúcia Moniz (Love, Actually), with Sônia Braga (Aquarius) and Harvey Keitel (The Piano, The Irishman), Fatima is an uplifting story about the power of faith. 113 Minutes | Rated PG-13

Watch our interview with the lead actress of the film Stephanie Gil below!