Stage Musical for SPYxFAMILY in March 2023

Popular comedy series SPYxFAMILY is getting its first musical stage in 2023! Expected to start in March 2023 at Tokyo Imperial Theatre, the tour will run until May. Produced by TOHO, character auditions are still ongoing. 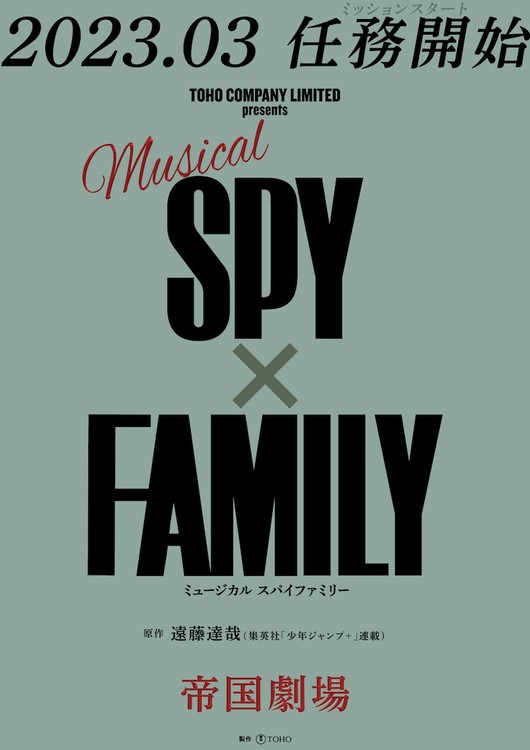 SPYxFAMILY’s anime adaptation premiered on April 9, streaming on Crunchyroll. Written by Tatsuya Endou, the story focuses on master spy Twilight’s newest undercover assignment where he needs to get married and have a child as his cover. Unfortunately—or perhaps fortunately—unbeknownst to him, his chosen wife is actually an assassin, and his adopted child is a telepath.

The manga won the 2019 Next Manga awards in the web novel category and 2020 4th Tsutaya Comic Awards for the next hit category. It also placed second for the 13th Manga Taisho awards, only dropping to 10th for the 14th Manga Taisho awards, and placed third for the Da Vinci 21st Annual Book of the Year award. It was also nominated to the Harvey Awards and Will Eisner Comic Industry Awards’ Best U.S. Edition of International Material Asia two years running (2021 and 2022). Viz Media licensed the English manga.