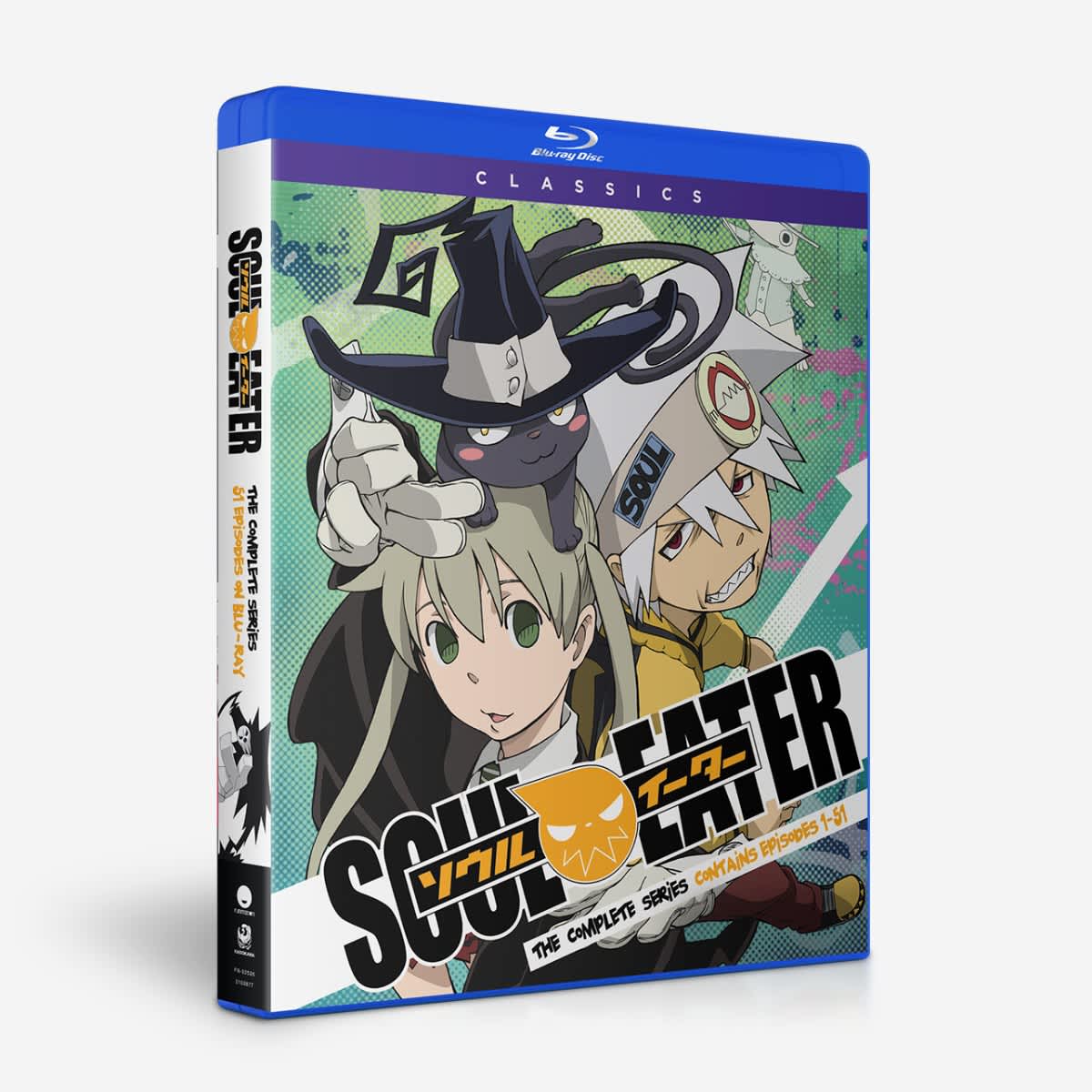 Maka’s a Meister and Soul is her Weapon, and they’re a freakin’ lethal team in battle against the monsters and ghouls that feed on innocent souls. That’s when Soul transforms – literally – into a razor-sharp scythe and Maka wields her partner and unleashes her inner-slayer. Fighting alongside their Meister/Weapon classmates, Maka and Soul are the world’s last line of defense against evil.

I give Soul Eater: The Complete Series Classics Blu-Ray an A.

To me one of the most polarizing series over the past decade, Soul Eater has been a staple in the anime community for its wide range of characters and story that spans over 50 episodes. Although the manga continues after the anime the show made amazing use of its time to provide great moments and some goosebump inducing optimism.

The story follows a group of students of the Death Weapon Meister Academy in which they are paired up to tackle evil spirits terrorizing the world. The concept at the time was fresh and was done justice with a fantastic cast that brought this grim world to life.

My personal favorite aspect of this show is how much this show gets done in it’s 51 episode span. The series starts isolated and goes from 0 to 100 very quickly making it one of my favorite binge watches to date.

Soul Eater is a beefy anime and this collection reflects that.

With over 20 hours of episodes and bonus features, this is the most bang for your Death Bucks.