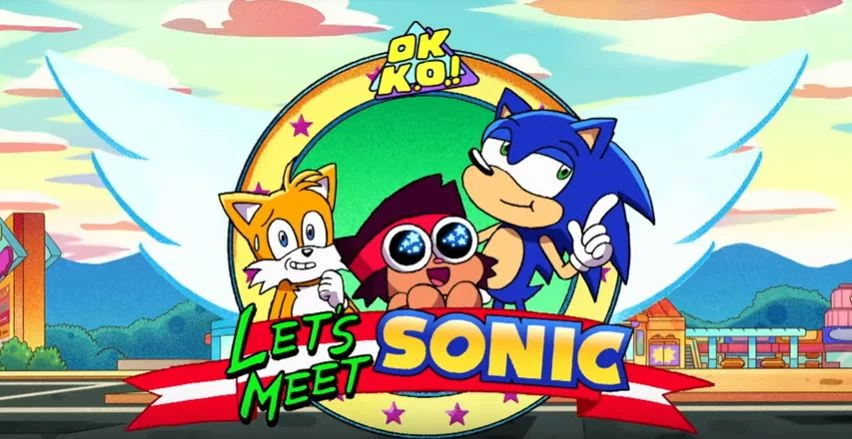 Sonic the Hedgehog will be appearing in an episode of Cartoon Network’s OK K.O.! Let’s Be Heroes

Cartoon Network had a surprise in store during its panel at San Diego Comic-Con, as it was revealed that Sonic the Hedgehog will be appearing in the August 4th episode of OK KO! Let’s Be Heroes along with his best friend/sidekick Miles “Tails” Prower.

It’s been confirmed that Roger Craig Smith and Colleen O’Shaughnessey will be voicing Sonic and Tails, which is always great to hear. I love all the little details in the trailer from the familiar music, K.O.’s pose and more importantly the addition of the Sonic title screen which has me looking forward to this episode.

If you aren’t familiar with OK K.O.! Let’s Be Heroes, here is some information on the series from Cartoon Network:

“OK K.O.! Let’s Be Heroes follows K.O., an endlessly optimistic kid leveling up to be the best he can be in a dynamic universe of friends and challenging foes. This video game inspired world is set in Lakewood Plaza, a one-stop shop for every hero’s needs, where K.O. and his friends, Rad and Enid, are constantly trying to impress each other in their efforts to overcome the obstacles that evil foe Lord Boxman sends their way on his quest to destroy the plaza.”