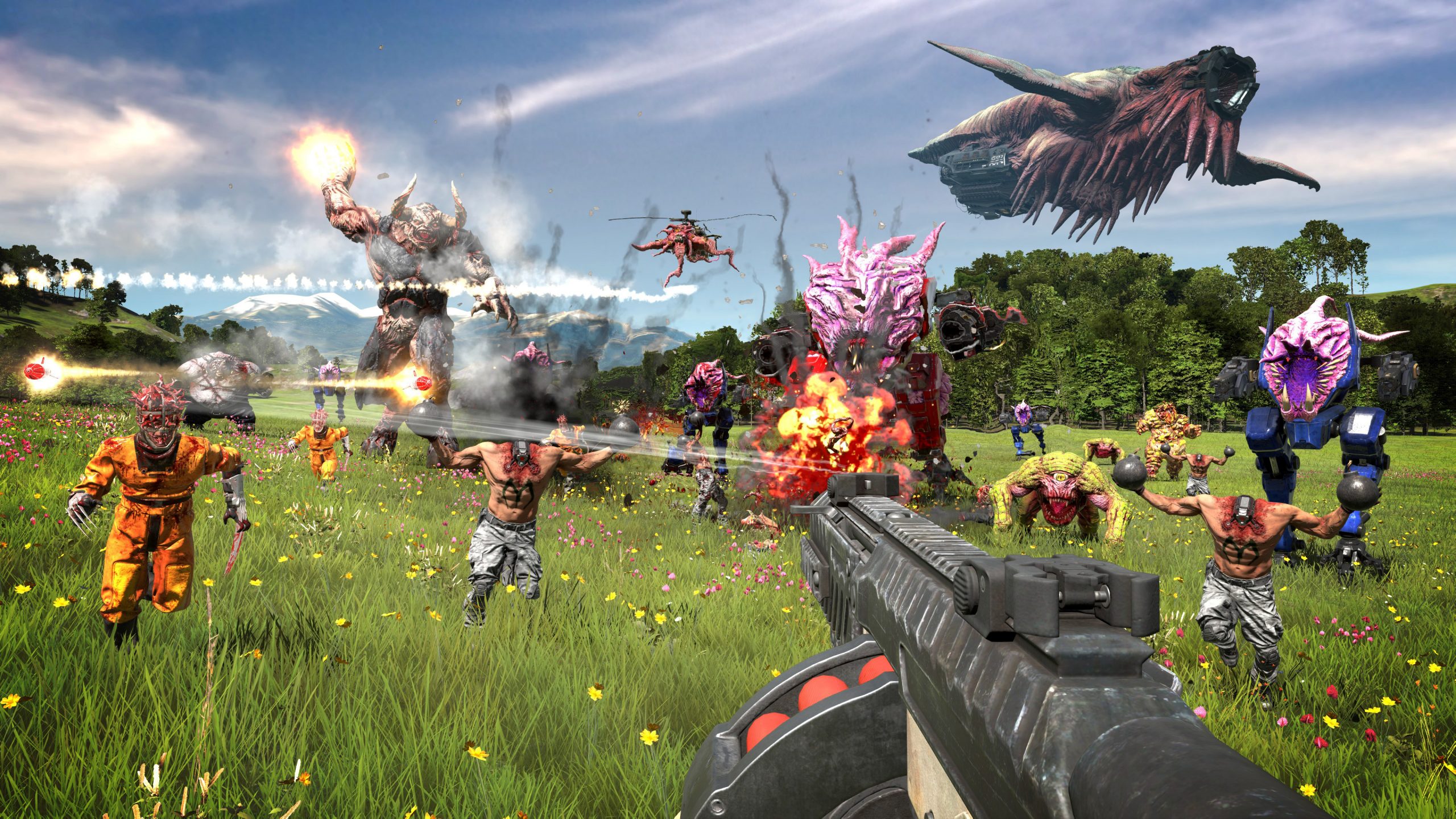 Serious Sam 4 Coming Next Month to Steam and Google Stadia

Serving as a prequel to Serious Sam 3: BFE, this game will put you back in the shoes of certified badass Sam as he shoots hundreds of thousands of alien freaks. This is not a joke; there will be over 100,000 enemies on screen at a time. The Serious Sam franchise has always pioneered the FPS genre by asking the question “How can we absolutely demolish PCs by putting an insane number or enemies on screen?” Expect Serious Sam 4 to be no different.

The game will be coming to Google Stadia and Steam. Check out some wicked gameplay below.