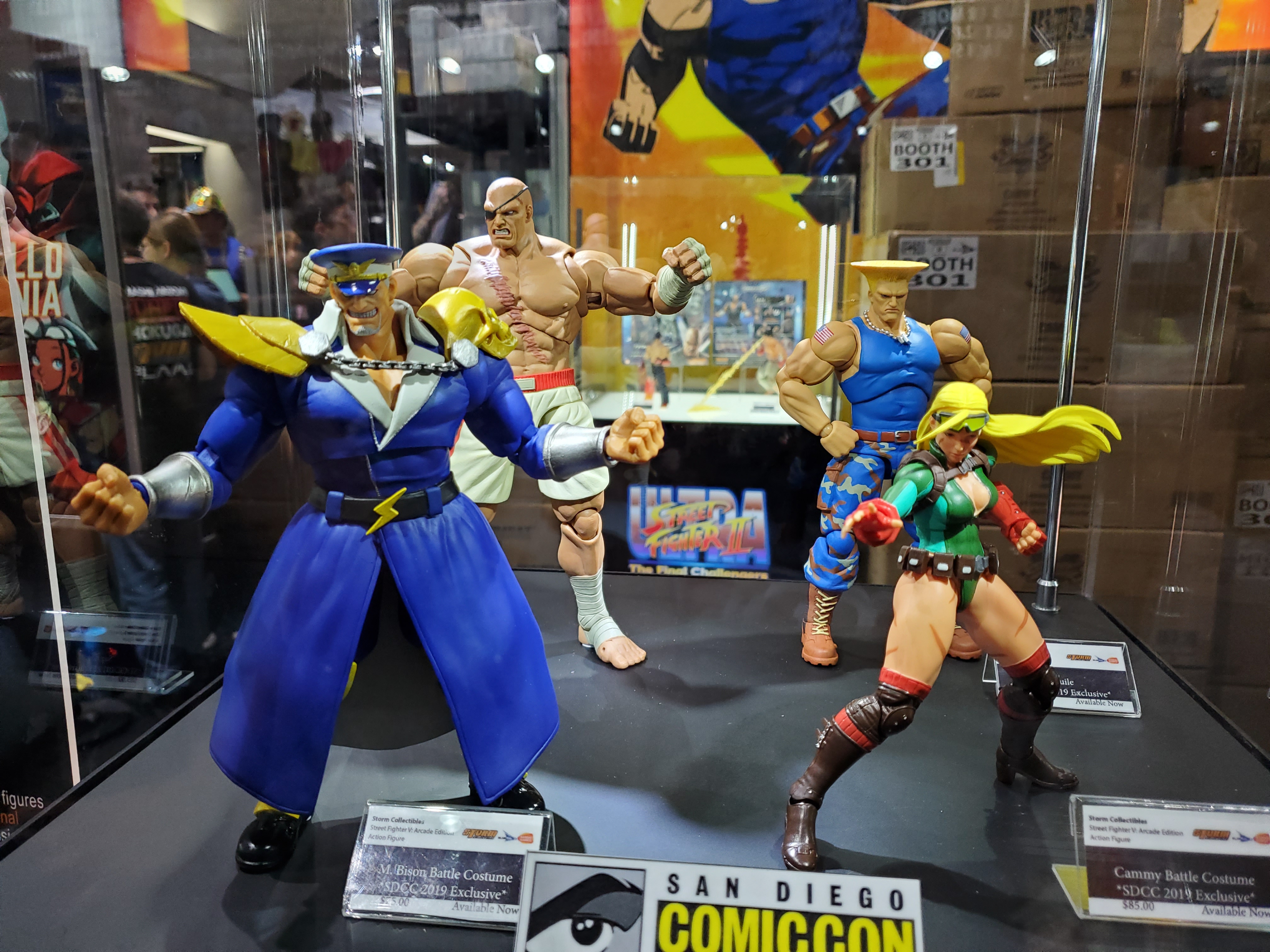 This year’s San Diego Comic-Con is just as crazy as ever, so much to see but so little time to do it all and it’s only Day 1.

This year Bluefun Tamashii Nations is going stronger than ever before with so many reveals and releases that I will be splitting this into two different pieces with one being dedicated to everything shown in the Storm Collectibles and various other release that aren’t Dragonball/S.H. Figuarts related.

I love Storm Collectibles, I started the Mortal Kombat series late focusing mainly on the Street Fighter line and now the King of Fighters so I don’t own a Scorpion or Sub-Zero and luckily rather than spending quite a bit of money on them, the MK3 versions will be released soon and luckily Scorpion is here at SDCC with the regular releases coming pretty soon.

Also on display was Cyrax, Sektor with Smoke in the background. TBH, I can’t wait to see other characters like Liu Kang, Tsang Tsung, Raiden, Sonya and other characters which last year, we did see a few of the early prototypes. 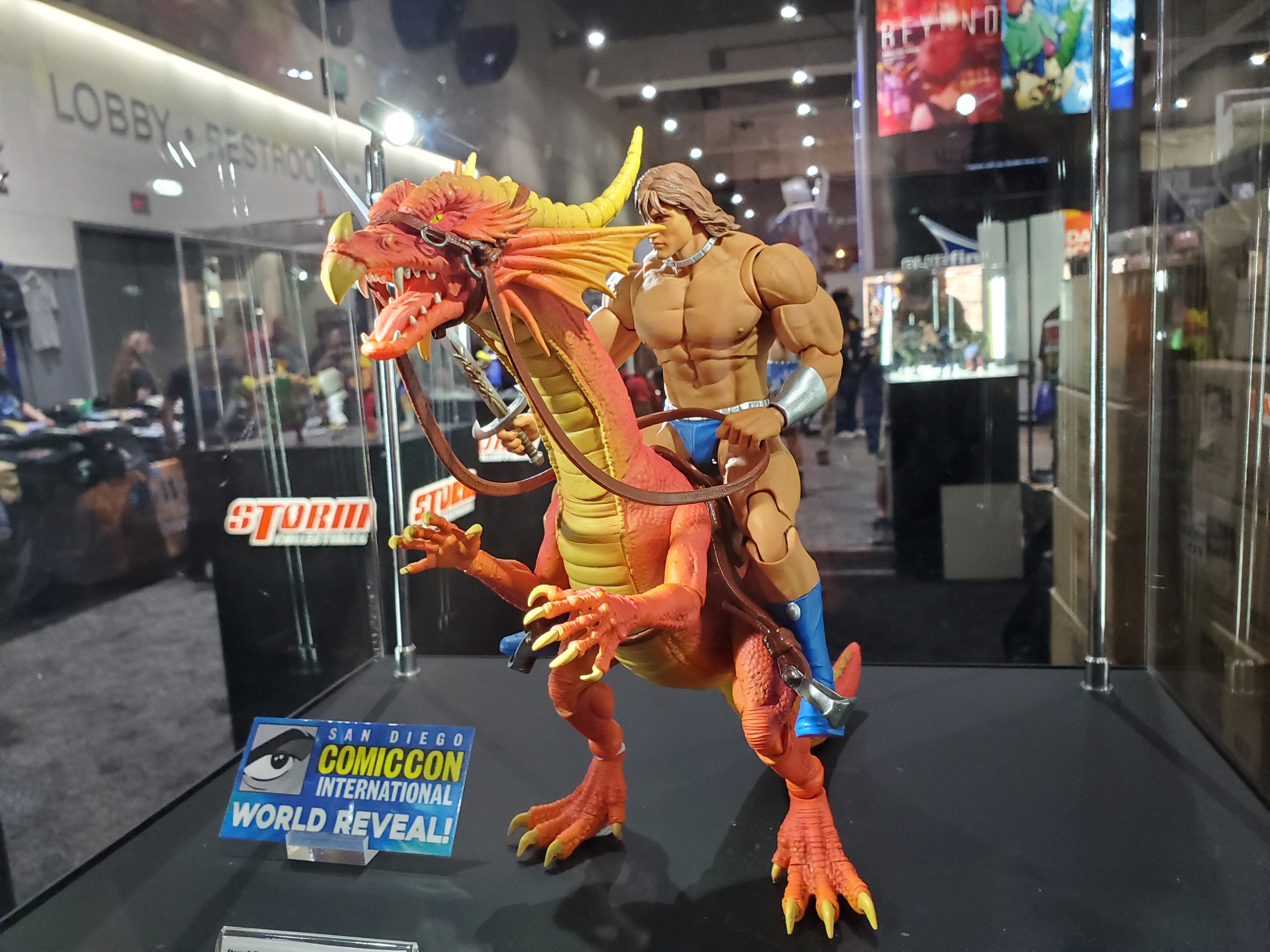 We already knew that Golden Axe was coming to the Storm Collectibles line but this was a huge surprise. I was floored by how awesome Ax Battler riding a Red Dragon/Fire Dragon. I loved the series as a kid and hopefully this property does so well that Sega will sign off on more releases in the future. 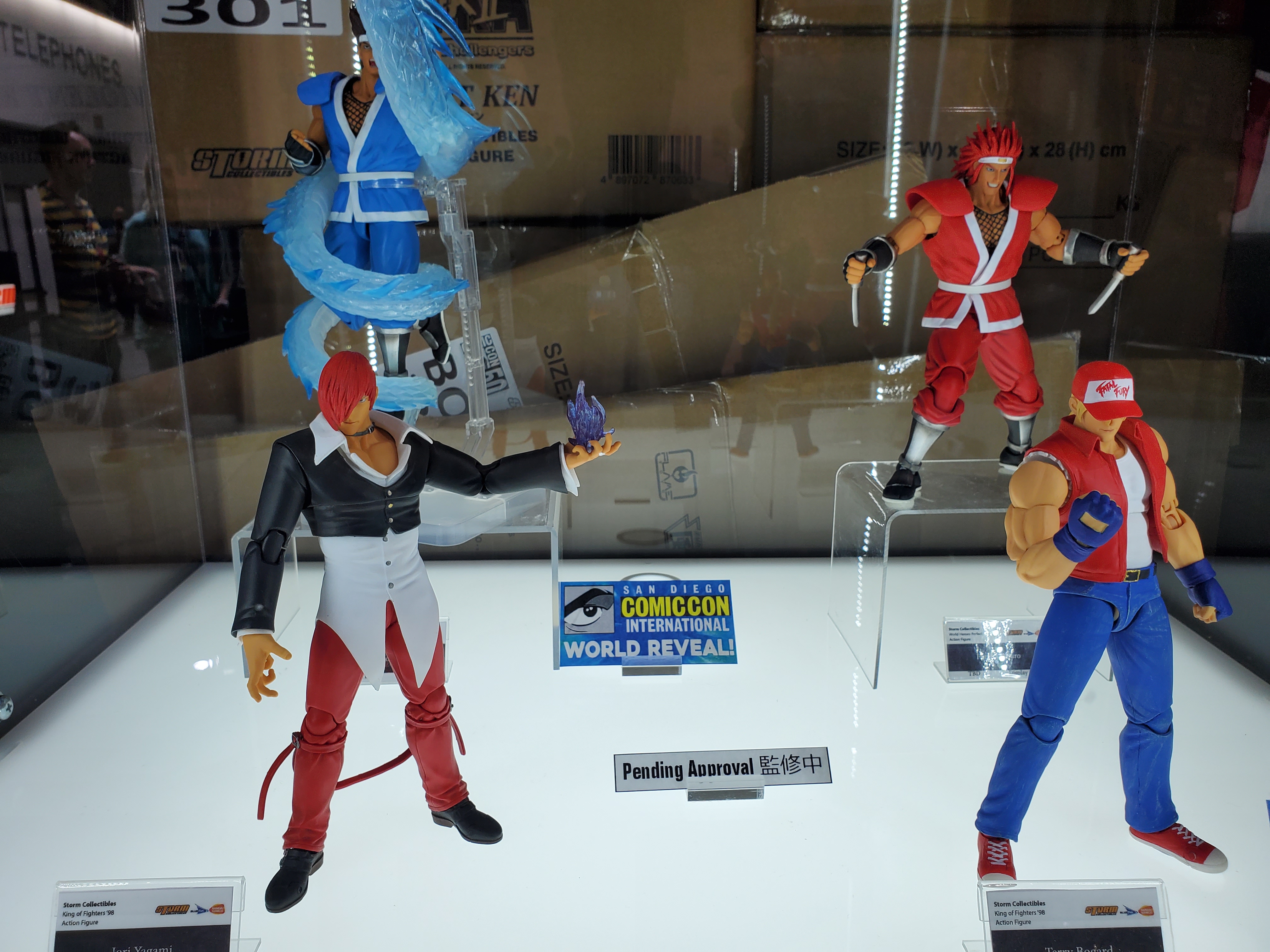 I mentioned I really liked the KoF line and with Rugal and Kyo released, it’s time for Terry Bogard and Iori Yagami. Both great characters and I really want to see tons more from this line including and releasing pieces from 2002 so we can get a K’, Angel, Ramon to name a few. Heck I just want to see all the teams represented, cause I’ll buy them all. You may have also noticed on top that Hanzo and Fuuma are also being shown, another great SNK property from the early 90’s, World Heroes was a game I spent a lot of quarters on growing up. 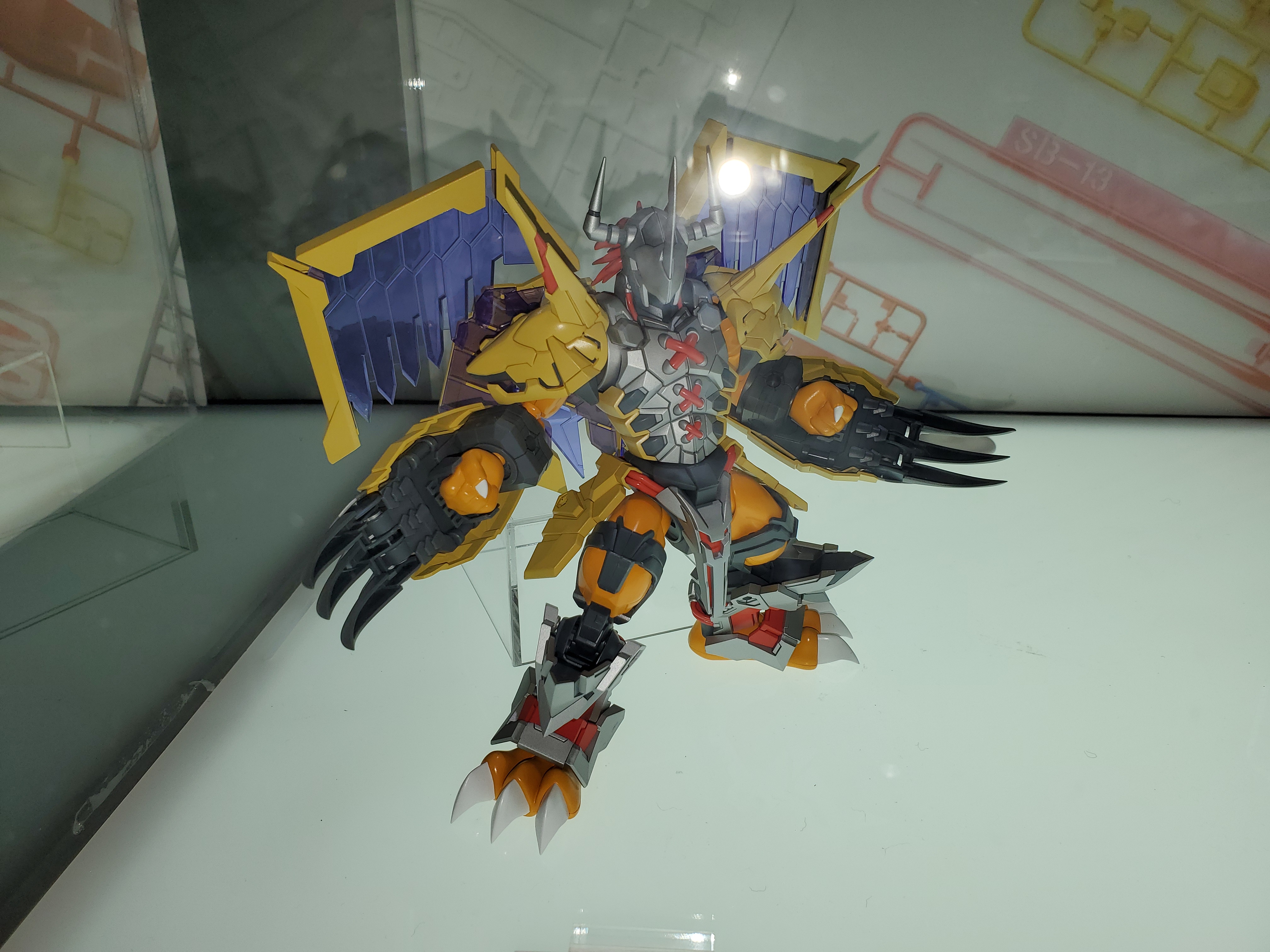 There was quite a bit more to see at the booth but the one that made my jaw drop was this War Greymon model kit. There is also a Omegamon on display which you can see in the photos below and is a must get for Digimon fans.

There was quite a bit more to see including the Gear of War Storm Collectibles and even some Pokemon. so make sure to check out all our photos.