Released in Japan on the Sega Mega Drive in October of 1994 Mega Man: The Wily Wars was the first non Nintendo appearance for the blue bomber and would be somewhat of an elusive game to play in North America. Only those who were part of the SEGA Channel subscription service were able to play a digital version of the game and a physical release never materialized for North America.

That is until Wednesday when Retro-Bit announced a collectors edition of Mega Man: The Wily Wars including a special blue cartridge of a game fans have been waiting nearly 27 years for.

Fans and collectors of the widely acclaimed Mega Man series would always be curious about its only SEGA Genesis®/Mega Drive release.  With its release in 1994 for Japan and PAL regions, fans expected the North American release to come only to see the title moved exclusively to the SEGA Channel™ – a cable/download service that was available in some regions of the United States and Canada.  Those waiting for a physical option beyond importing would have to wait much longer.  Nearly 25 years when it officially released in North America as part of the collection of games on the SEGA Genesis®/Mega Drive Mini.  For those looking to experience the title on their consoles, Retro-Bit finally brings it to you in cartridge form as part of this collector’s edition! 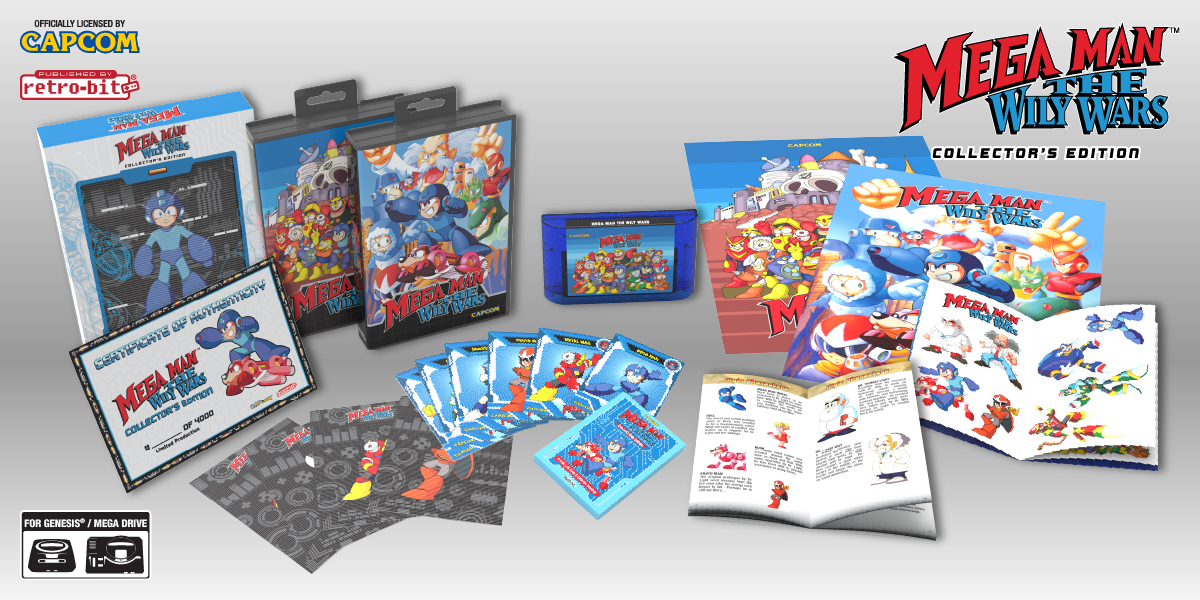 Fans don’t have to wait long for the pre-order as they open up on May 21st at 7 a.m and will remain open until June 21st for $69.99. Along with the cartridge fans can expect extra goodies such as an interchangeable outer cartridge sleeve along with several character cards to swap, alternate case art, collectible cards, posters, full color instruction manual, sticker book, and a seal of authenticity to show off to your friends and family.