This weeks Nintendo Direct revolving around Pokemon saw a remake of Pokemon Mystery Dungeon and story dlc for Shield and Sword. One thing you may have missed was the long awaited cloud service for Pokemon called Pokemon Home.

Initially revealed at a press conference in 2019 Pokemon Home plans to bridge the gap between trainers from several games including and not limited to Pokemon GO, Pokemon Lets Go! Pikachu and Eevee, Pokemon Bank on 3DS, and the recently released Pokemon Sword and Shield. 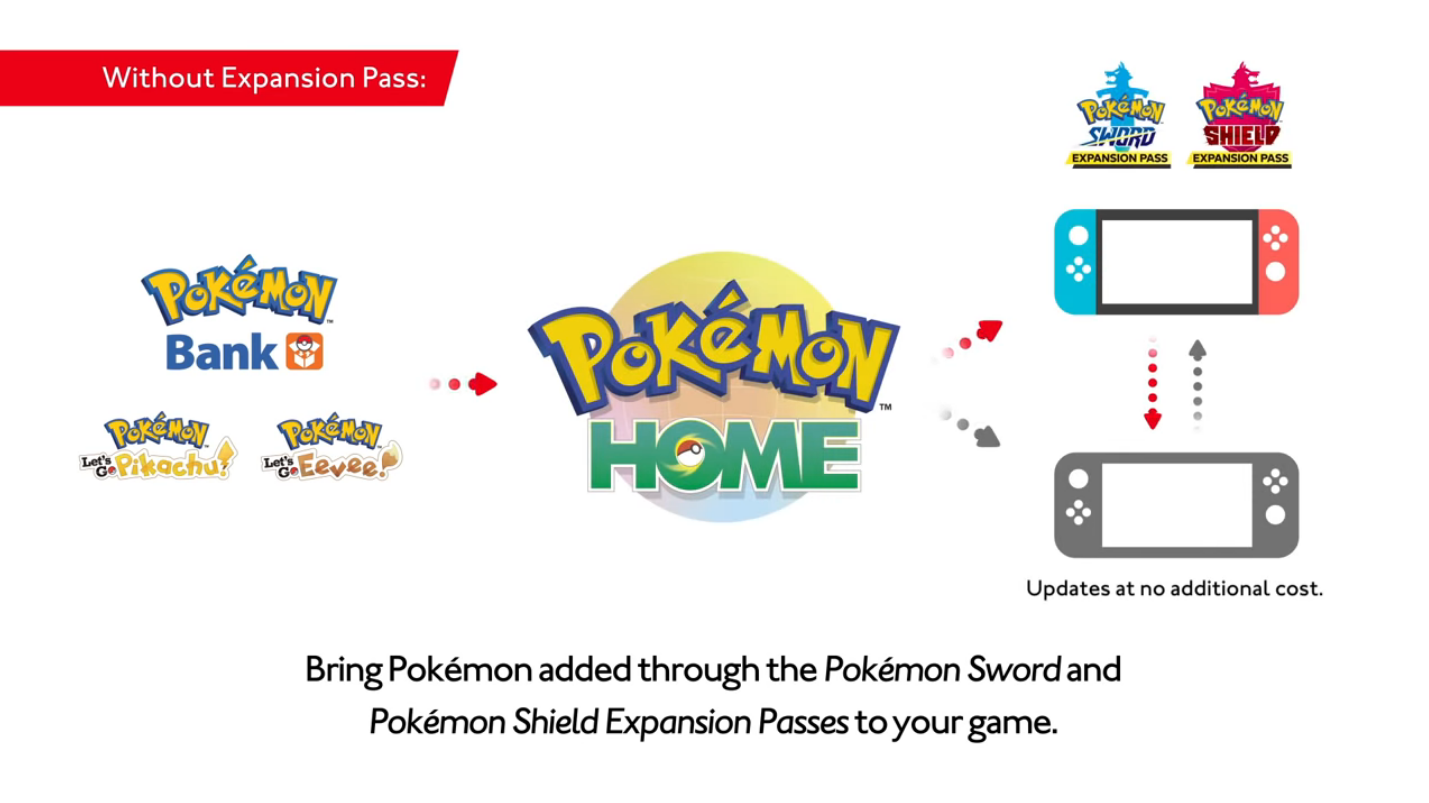 Pokemon Home will launch in February of 2020 although the integration of Pokemon Go is absent from the graphic shown during the direct. All Pokemon from the 3DS and Lets Go! games will be able to coincide with Sword and Shield as long as they are already present in the games expanded Pokedex.

Stay tuned for more details in the coming weeks.