Ahead of its release in little over a month, Nintendo dropped an overview trailer for Paper Mario: The Origami King featuring several aspects of the game including characters, battle system, and locations along with a few sneaky inclusions.

The latest trailer shows off a wealth of new characters along with 4 new partners Olivia, Bobby the Bob-Omb, Professor Toad, and Kamek. The roster is not as deep one would hope but this is definitely a step in the right direction if they are indeed partners rather than tour guides through each location and nothing more.

The battle system was also shown off with a more puzzle-centric approach. Players will have to line up enemies according to the wheel in which battles take place in. The more grouped together they are the more optimal battles will be which seems like a pretty neat idea. 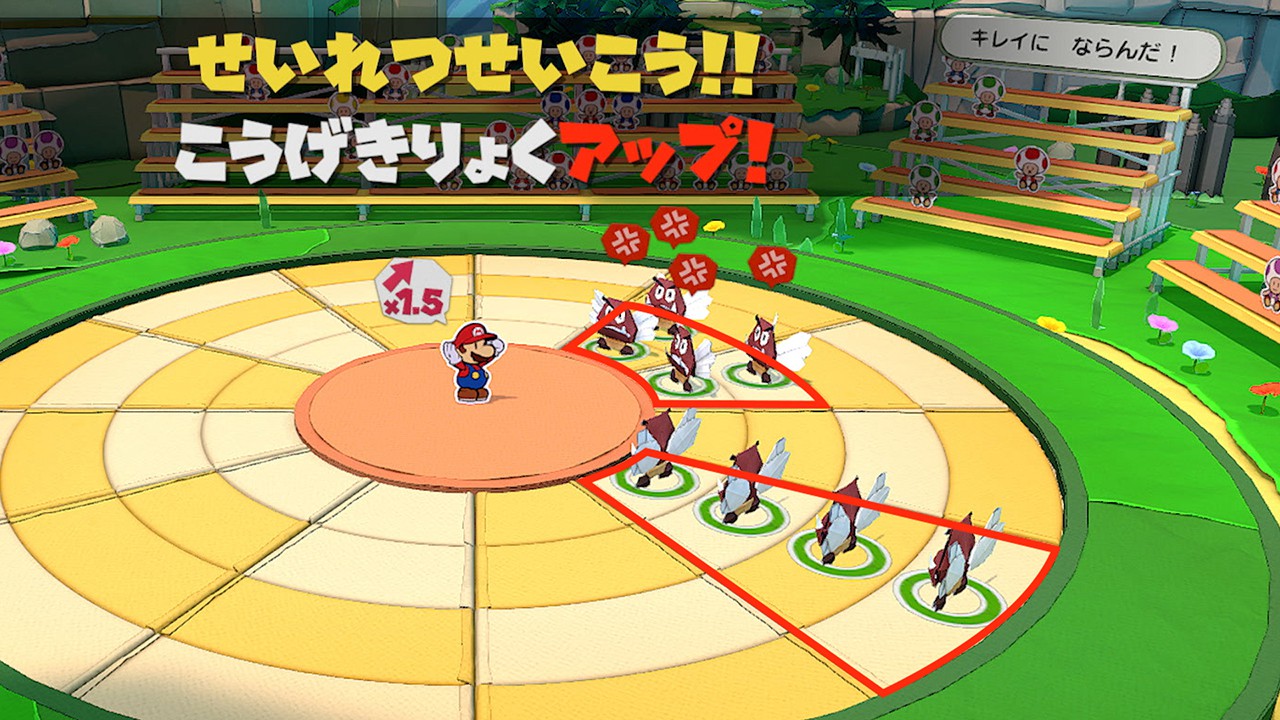 Boss battles are going to change up that formula with Mario having to traverse the circular battlefield to reach the enemy in the center. Each boss shown off in the trailer are based on stationary items such as tape, rubber bands, colored pencils, and possibly more who knows Nintendo has been on a role with throwing random objects in a Paper Mario recently.

According to Nintendo Japan:

Giant stationery bosses are waiting in each area.
Unlike normal battles, boss battles connect Mario’s own “route” by rotating and sliding the ring . Place a barbell and an action panel to connect successfully! 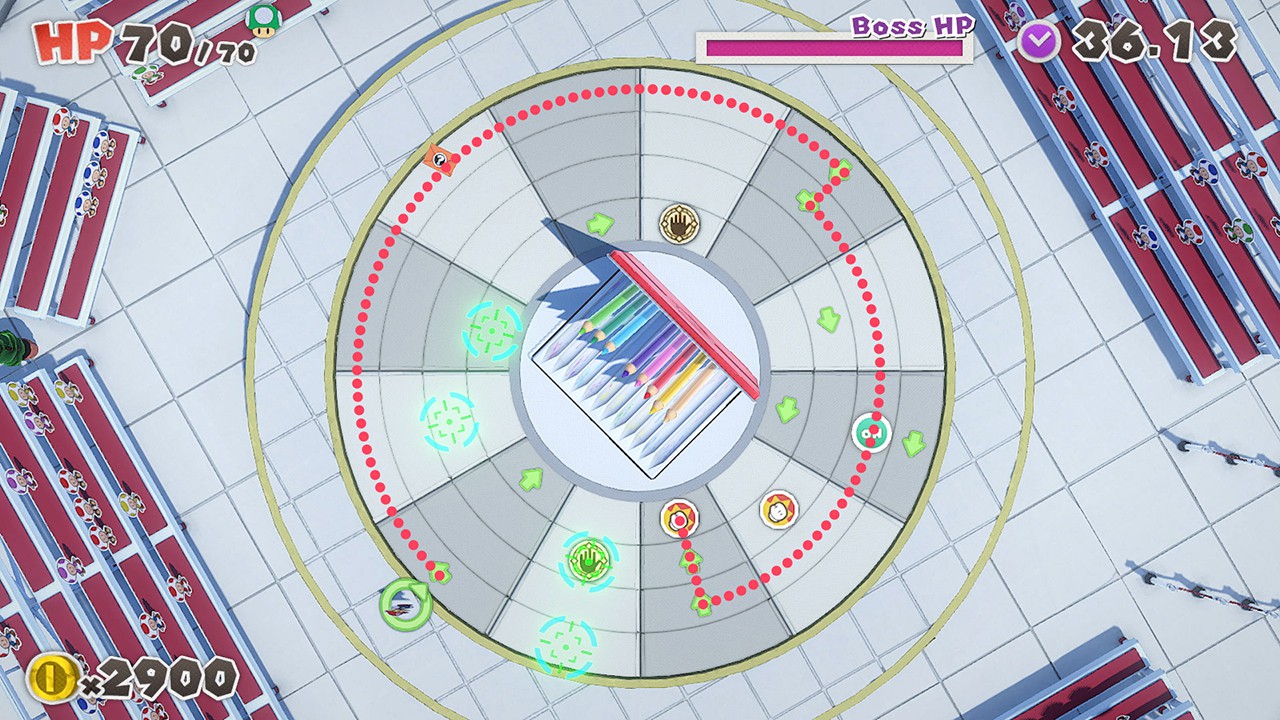 Toads will also be scattered all over the map hidden in plain site and it’s up to Mario to find them. The more Toads you find the more Toads that will surround each battle offering power ups and items as a reward.