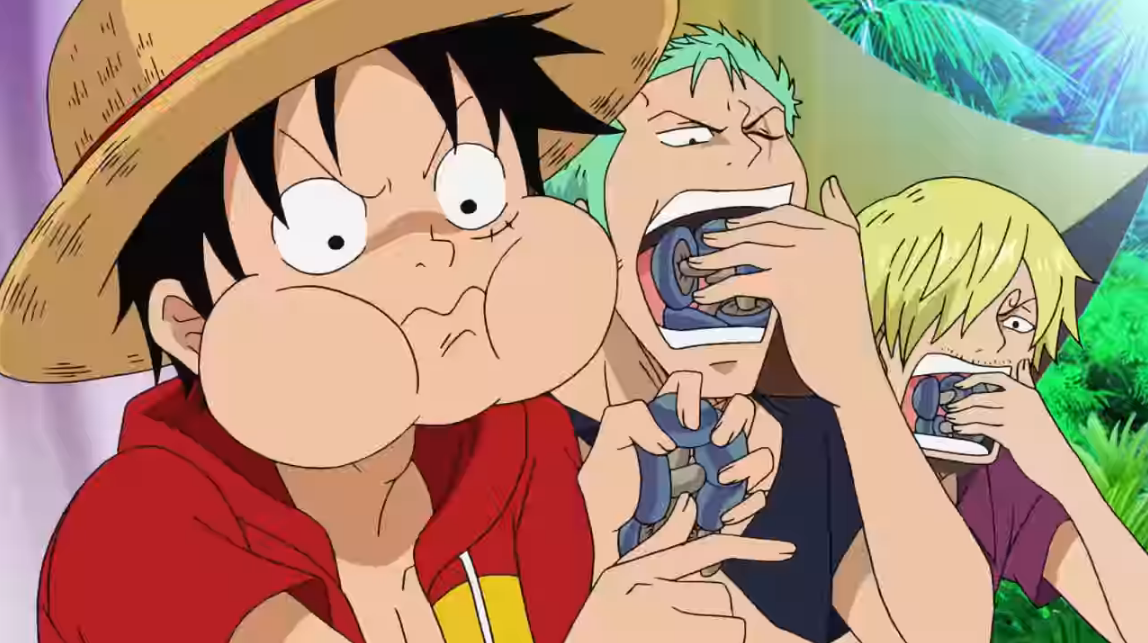 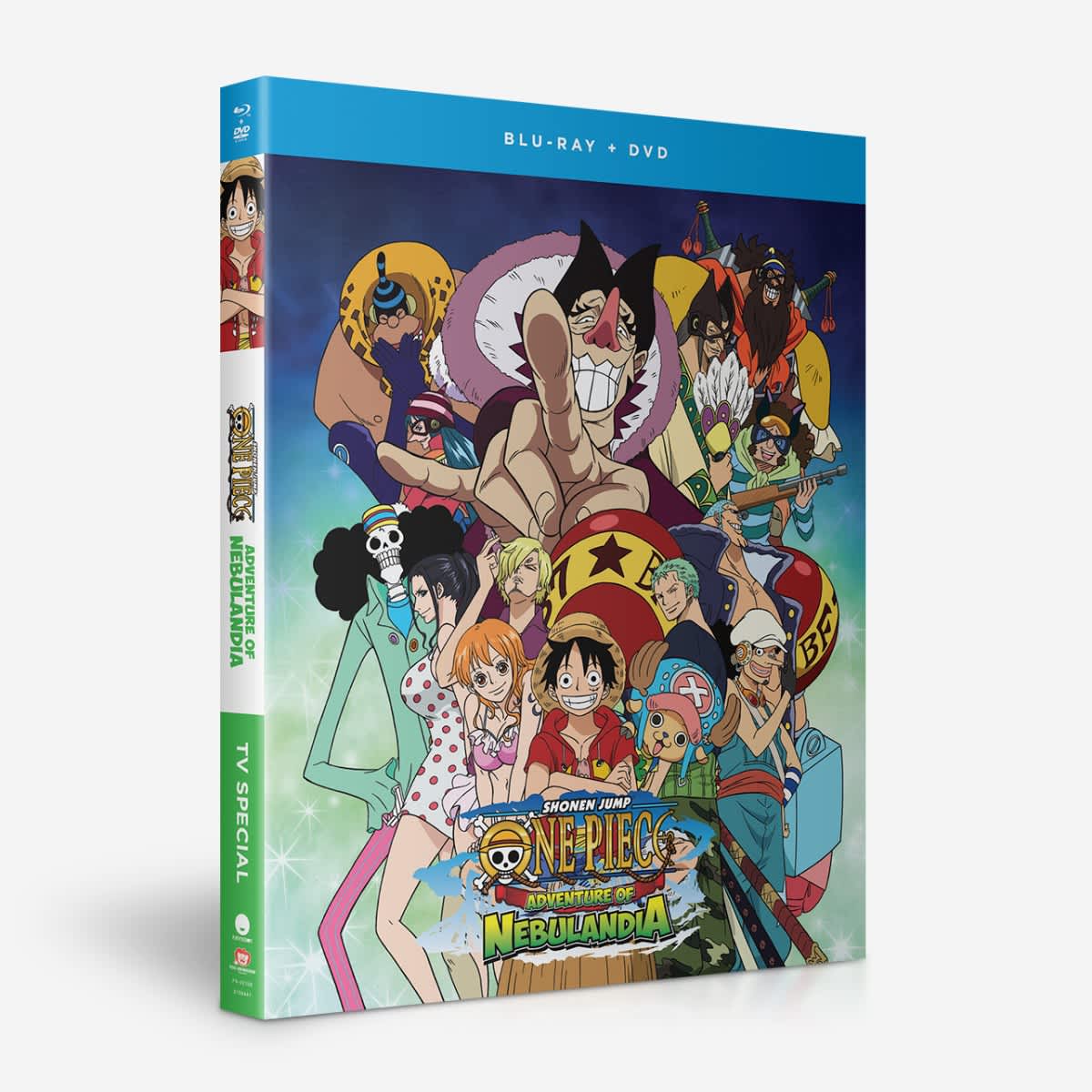 The Series: The Foxy Pirates challenge Luffy’s crew in the New World, but when the Navy’s most brilliant tactician steps in, they all wind up on the island of Nebulandia—an infamous death trap for Devil Fruit users. Luffy must team with his Davy Back nemesis for a harrowing rescue mission when Zoro, Sanji, and some Foxy Pirates are held hostage!

I give One Piece: Adventure of Nebulandia on Blu-Ray an C!

Luffy and company are outsmarted in this special as Vice Admiral Komei plans to take in the entire Strawhat crew. The film also features the return of Foxy a character that might be familiar to early fans of the series.

Nebulandia starts off as a run of the mill OVA plot and does not change tune in the slightest. The film centers around each of the crew getting captured one by one by traps made by Komei on an island specifically designed to make all devil fruit users absolutely powerless. Because of this plot, the only useful characters in this film are surprisingly the devil fruit users Brook, Chopper, and a powerless Luffy who can’t help this time around. Nami stays around through the entirety of the film without getting caught in a trap while the eery shot of each of the Strawhats defeated and chained up, ready to be sent to the Navy is odd to say the least.

With One Piece it is typical to distance yourself from reality and enjoy the series but I found Adventures of Nebulandia somewhat boring, formulaic, and a bit too familiar to other shonen OVA’s that came before. There is precisely one moment that the film catches me off guard and it is only for around 30 seconds before it doesn’t matter and it’s back to familiar territory before ending on the same note that it began on.

One Piece: Adventures of Nebulandia is a decent adventure for the crew of the Thousand Sunny but it is too derivative to be a unique experience while also being too one note to be on brand with One Piece and comes off as the weakest film from the series that I’ve seen yet.

You can purchase One Piece: Adventure of Nebulandia on Funimations official shop.