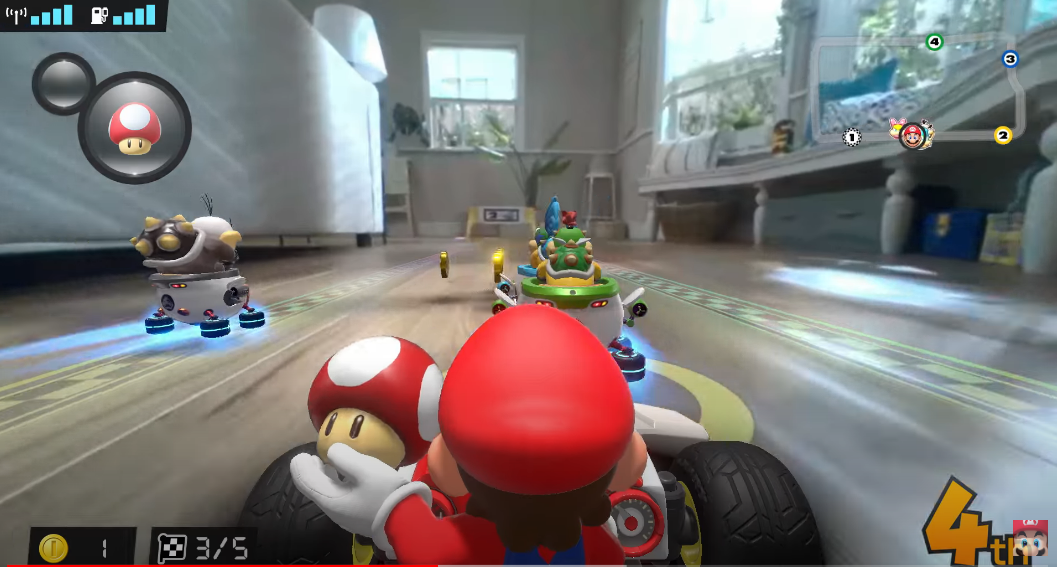 Announced during a star studded Super Mario 35th Anniversary Direct Nintendo plans to go outside of the box with the next Mario Kart title. The next game, although not a sequel to Mario Kart 8, is a remote controlled racing car featuring an AR camera in which players can create their own courses and control either Mario or Luigi using their Nintendo Switch system.

Race a real-world Mario Kart™ through your home! Use the Nintendo Switch™ system to control your kart and watch as it reacts to what’s happening in the game as you boost and drift to victory. Your in-home course comes to life on-screen with a view from right behind the driver’s seat.

Place gates and customize courses* in the real world, then see them come alive with different in-game environments like jungles and snowscapes and obstacles like Piranha Plants. Use objects from around the house to customize your courses and add challenge, then watch the game transform your home into the Mario Kart world.

Bring along some friends** to race around your custom course in Custom Race or Grand Prix! Just make sure each player has their own Nintendo Switch system, the Mario Kart Live: Home Circuit game and a Mario kart or Luigi kart.

Get ready to hit the track when Mario Kart Live: Home Circuit races onto store shelves on October 16th. There are no details on pre-orders or prices at this time.
Type to search or hit ESC to close
See all results