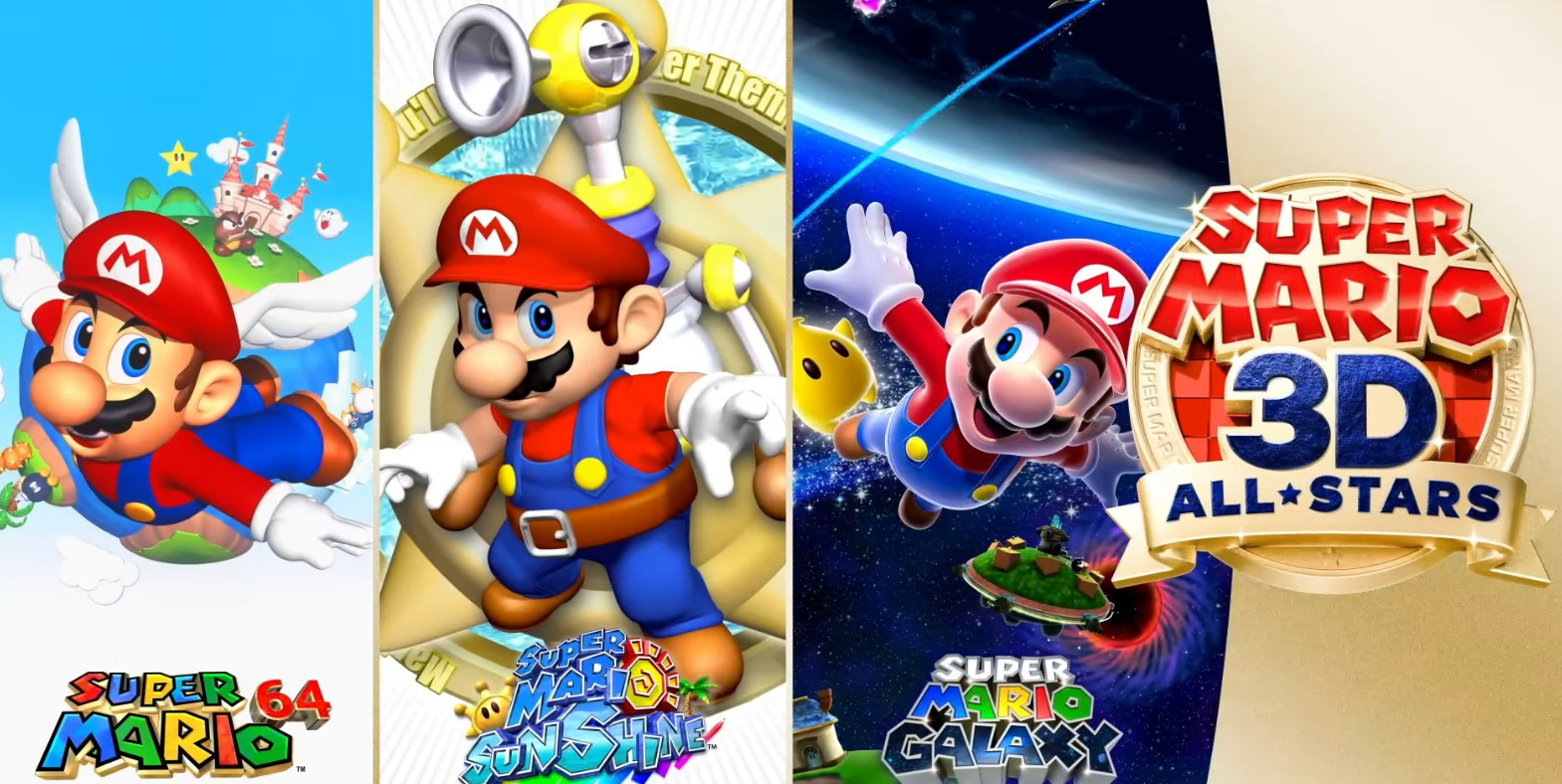 Announced during a surprise Super Mario 35th Anniversary Direct Nintendo is bringing fans not one, not two, but three fan favorite titles together for a very special collection.

Three Mario adventures in one collection jumps on to Nintendo Switch! With HD visuals, take Super Mario 64, Super Mario Sunshine, and Super Mario Galaxy on the go in Super Mario 3D All-Stars. The collection arrives September 18 as a limited release until the end of March 2021.

The collection has been rumored throughout the internet for months as fans experience a painful drought of information from Nintendo partially due to the ongoing Covid-19 pandemic.

Super Mario 3D All-Stars is currently available for pre-order at most major retailers as well as the Nintendo eShop with a September 18th release date. Oddly enough Nintendo is advertising a very limited release through the end of March 2021.