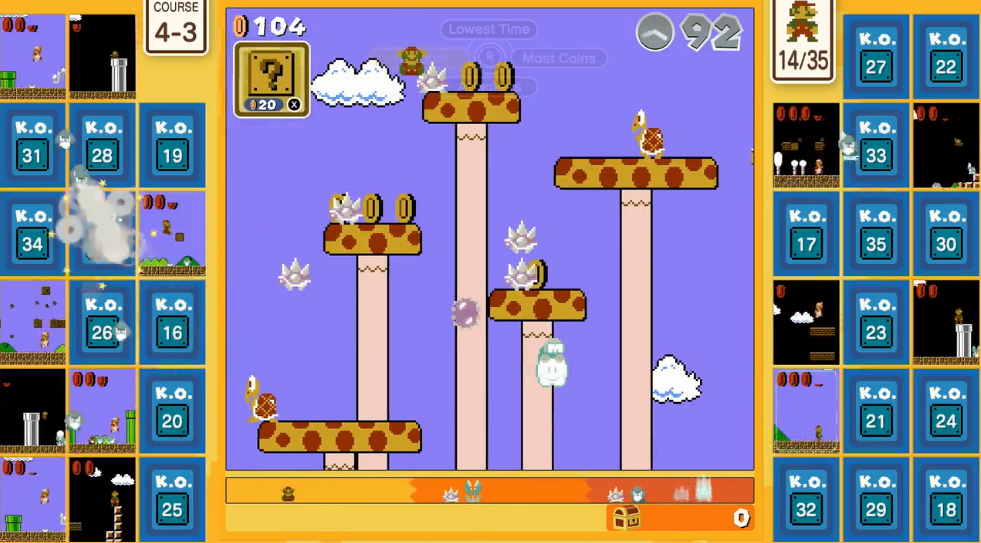 Yes, Super Mario Battle Royale. It was an idea that in your head you would dread hearing some day but after seeing the real life amalgamation of said idea it doesn’t look all that horrible.

Race against time, defeat enemies, and sabotage your opponents in an online* battle to be the last Mario standing!

Each player is given the same timed stage, but you must defeat enemies to earn extra time and attack your opponents. Don’t forget to pick up some coins on your way—they can be used to get in-game items like power-ups. With speed, skill, and strategy, you could be the last Mario standing.

Although the developer is not listed it’s quick to point out the similarities between this and the previously released Tetris 99 by Arika, a Tokyo based developer with unsurpassed experience with countless titles through decades.