Outside of Japan, there have only been two Square Enix franchises that have received full concerts based on their music: Those two being Final Fantasy and Kingdom Hearts. We can now add one more franchise to that list with the music of NieR, and trust me when I say that you definitely want to see this one performed live.

It’s crazy when you think about the fact that the NieR series is a decade old. Originally a spin-off of the Drakengard series, the brilliant musical score written by Keiichi Okabe comes to life with a 100-piece orchestra. It will put a smile or tear on your face. The concert was split into two halves, the first half focused on 2010’s NieR Gestalt and NieR RepliCant (sadly, this title never saw a release outside of Japan), with the second half focused on NieR: Automata.

The concert kicked off with conductor Arnie Roth bringing Keiichi Okabe on stage, who talked about the music. He also announced that many of the visuals for the first half of the concert were done by Yoko Taro.

The NieR: Orchestra Concert re:12018 had a different tone compared to other Square Enix concerts, and I really enjoyed it. For those who might not remember a lot about NieR Gestalt, or may have never played the game, the first half featured audio logs from Emil, who talked about the events of the story. As the concert played, visuals would appear to set some scenes or moments, but it was very subtle. The second half was similar, but it featured more videos. It was nothing major, making it more about the music over the scenes of the game, which I didn’t honestly mind at all, though I did enjoy this difference. 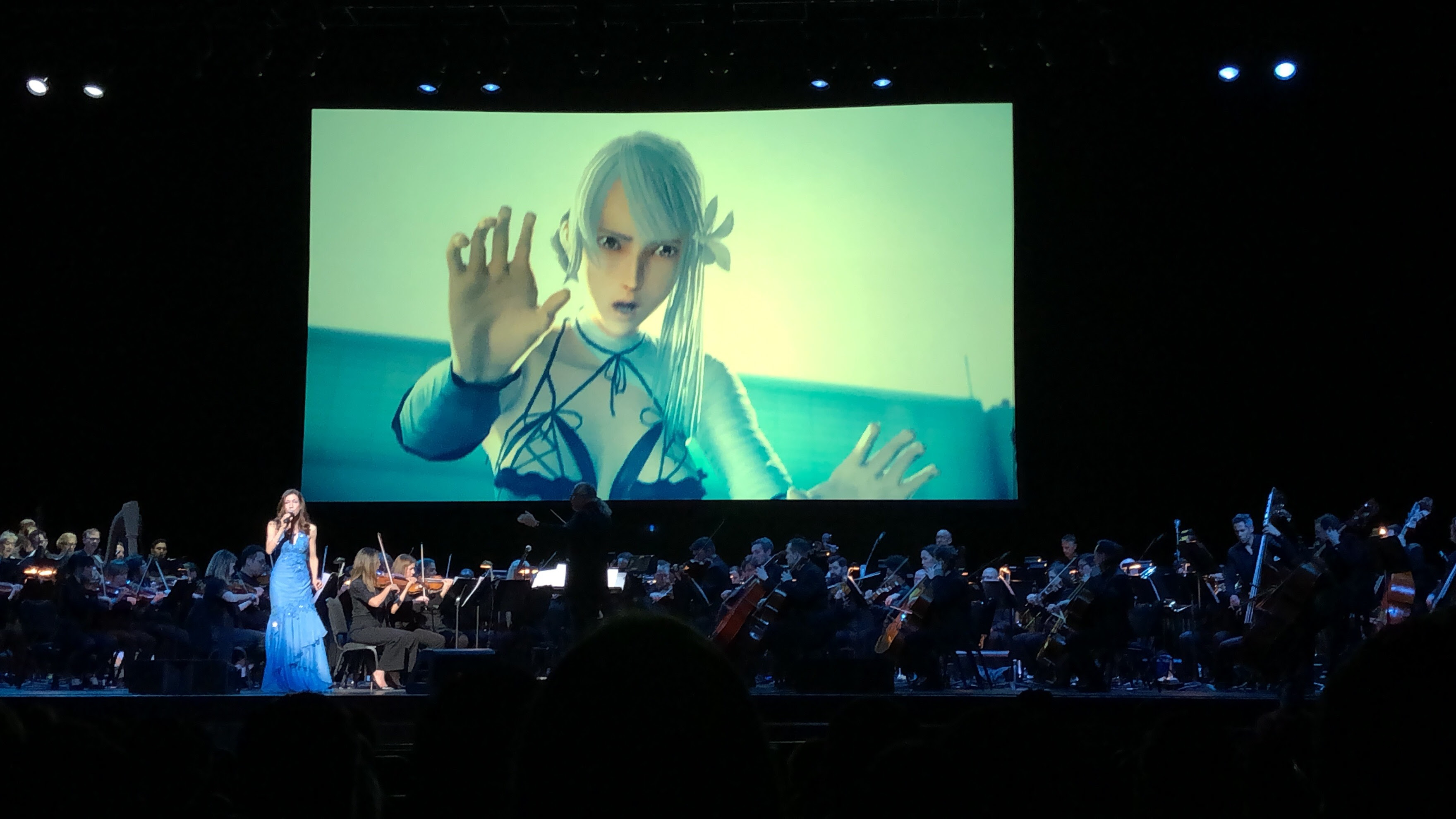 There was never a dull moment. The performances by the orchestra and choir were amazing. Hearing A Beautiful Song gave me flashbacks of the bullet hell elements of the game as small dots would appear causing me to try to dodge them in my head, but I loved every moment of it. Emi Evans vocals are just something else as she performed Emil’s Words – Kainé in Future Gaelic and then 2B’s Words – Weight of the World in Future French. You may not understand it because Keiichi Okabe aimed to create music that would not clash with gameplay and game dialogue. Luckily, everyone could sing along as the lyrics appeared in English.

The NieR: Orchestra Concert re:12018 is definitely something I want to see return, especially after the applause and cheer from the fans at the end when Yoko Taro appeared onstage! After the end of the concert I had the urge to play through both games all over again and might do so over this weekend by breaking out my PS3. Not only that, but I’ve been listening to the full game soundtrack on Spotify and would love to hear even more songs given the live orchestra experience!

Hopefully, the popularity of this concert also shows Square Enix that there is a huge demand from the fans who would love to see other beloved franchises get live concerts.