We are just a month away from the release of Samurai Shodown and to get fans hyped, SNK has uploaded a new character trailer featuring Charlotte Christine Colde. Charlotte made her appearance in the first Samurai Shodown game released back in 1993.

This esteemed French swordswoman is a genuine knight who values modesty and martial arts over authority and will protect her country at any cost. Wielding La Roche (an épée), Charlotte will skillfully defeat her opponents with precision along with quick and powerful attacks. 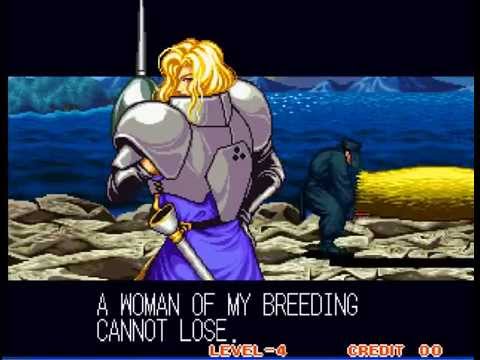 Charlotte also sports a new look, in previous titles, her armor looked very bulky and covered most of her facial features. It’s a very welcome change along with her new hairstyle.

Samurai Shodown will arrive on the PlayStation 4 and Xbox One on June 27th with the Nintendo Switch and PC releases set for later in 2019.