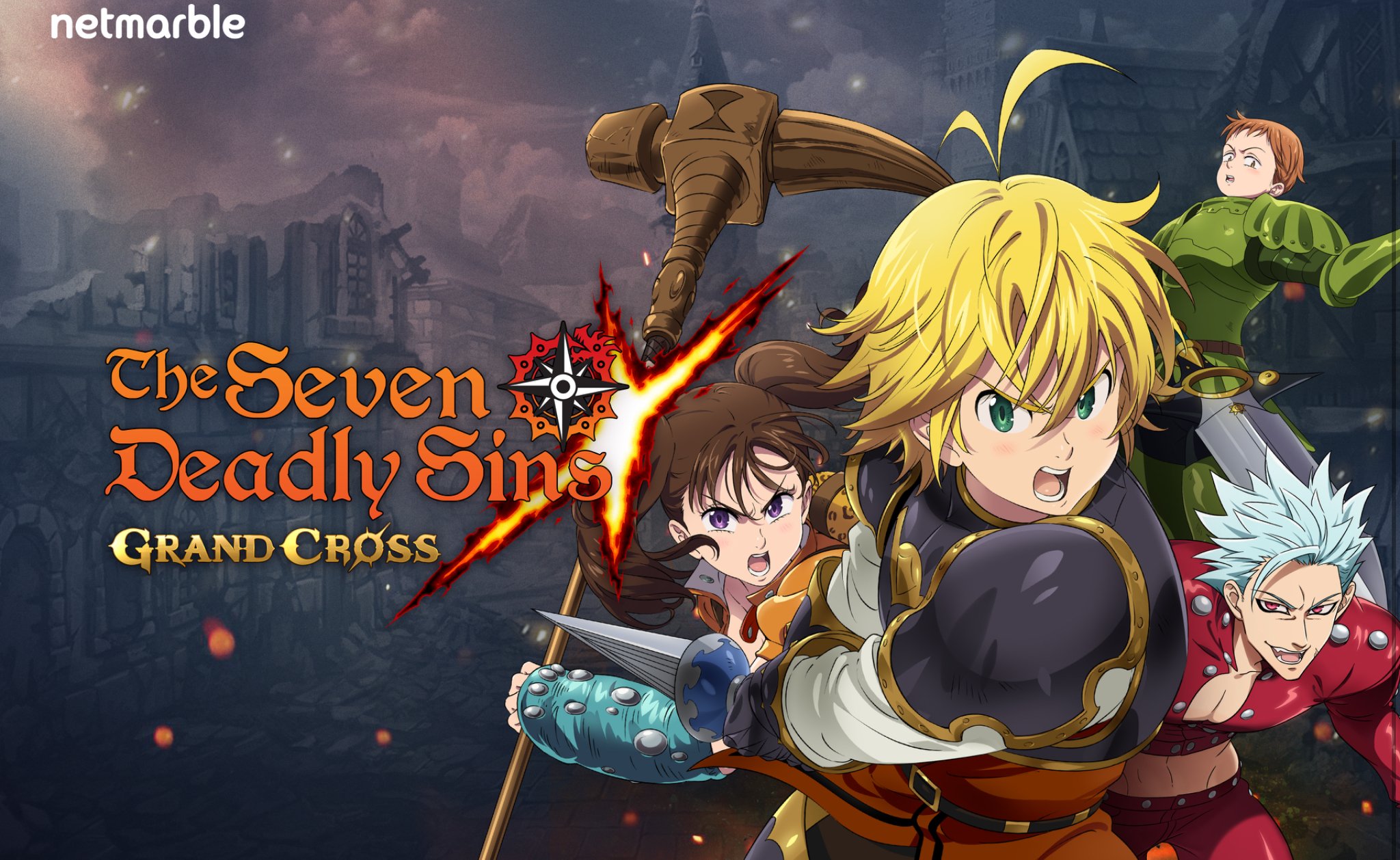 Back in June 2019, Netmarble released the The Seven Deadly Sins: Grand Cross in Japan and now it’s finally coming to the West later this year.

A cinematic adventure mobile roleplaying game, players will be able to create a team from various heroes from the series.

The Seven Deadly Sins: Grand Cross translates the storytelling and adventures of Meliodas, captain of The Seven Deadly Sins, into a highly engaging and entertaining mobile gaming experience. The stunning, high-resolution 3D graphics and over 100 dramatic cutscenes, and the cast of the original Japanese voice actors reprising their characters bring the heroes of The Seven Deadly Sins to life. Players can select from a wide roster of heroes from the series to build their very own team and defeat enemies with a novel approach to card-based combat systems. There’s an emphasis on combining cards and characters for special moves and extensive interaction with the main The Seven Deadly Sins team with unique costumes including those original outfits found only in this game, character dialogue, an affection system, cooking, and more.

While the game doesn’t have an official release date yet, you can pre-register for the game now on iOS and Android devices and recieve the following rewards at launch: