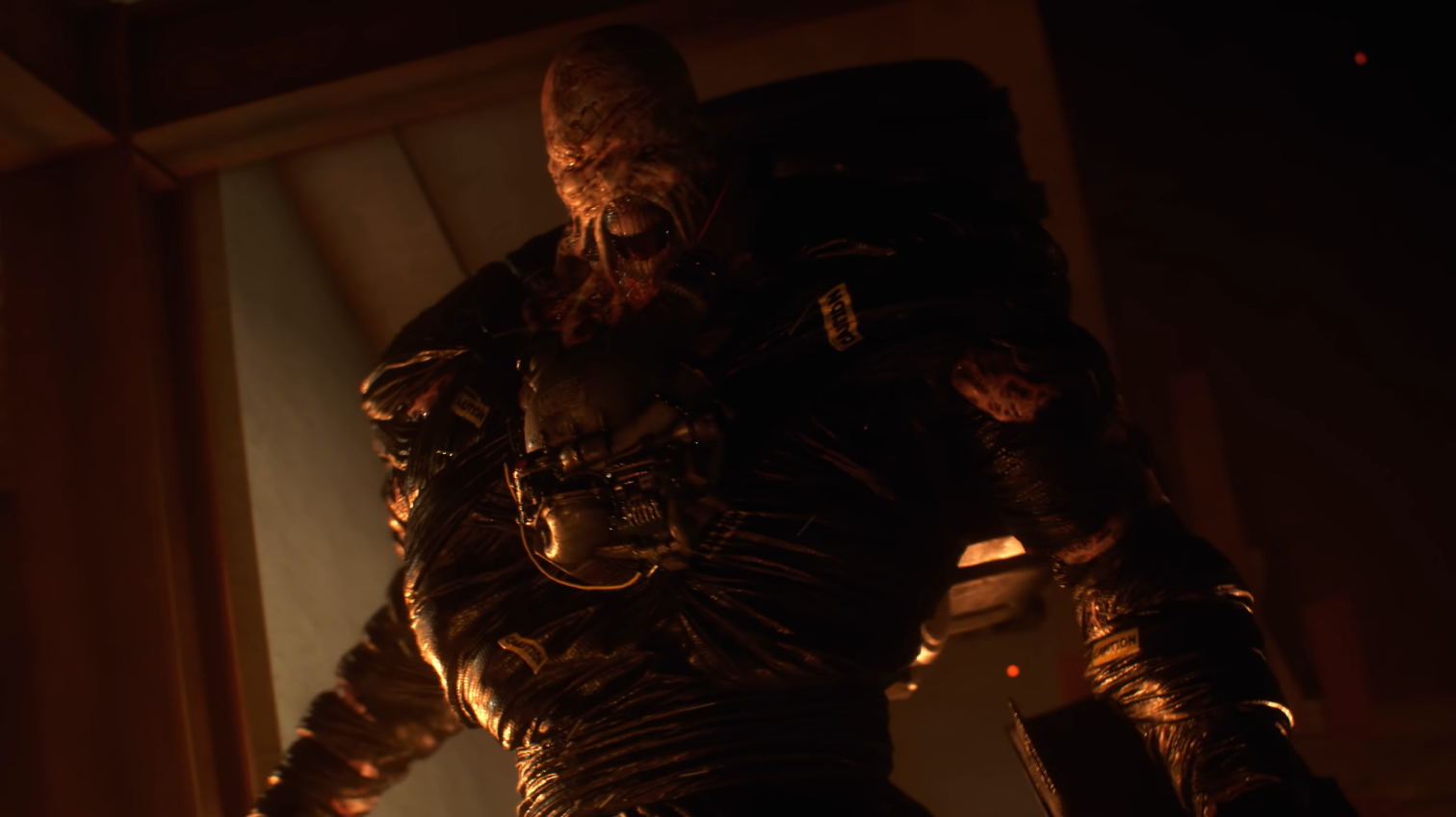 Capcom showed off a new look at the highly anticipated Resident Evil 3 remake yesterday featuring some intense run ins with the games main antagonist Nemesis. Fans of the previous games know that Nemesis is far more powerful and crafty than his counterpart from Resident Evil 2 Mr. X.

The trailer begins with Jill being cornered by the terrifying Nemesis before cutting to some exposition of the games plot. From this point onward the chase begins between Jill and Nemesis through several locations before Jill drives a car through the air hitting the unsettling giant and crashing onto the pavement below.