Developed by Bandai Namco One’s Justice 2 is an arena fighter similar to that of Tekken with much faster paced gameplay and chronicles some of the epic fights you see in the manga and anime such as All Might vs All For One or most recently in the animes Deku vs Overhaul. As a big fan of the anime I was very excited when Bandai Namco invited me to try the upcoming fighter and I’ve got to say it’s looking as rock solid as Red Riot.

The first thing I noticed when playing was that this game features a much beefier roster than the previous entry with newcomers from season 4 of the anime such as Sir Nighteye, Lemillion, Suneater, Nejire Chan, and Fat Gum alongside previously established characters from the anime like Mineta, Twice, and Mr. Compress among several others. So many heroes!

Fight of The Century

One of the most fun things I got to do while there was recreate some of the fights of the anime as well as create some new epic battles as well. The first match I jumped into was Deku vs Overhaul since the climax of that arc was still fresh in my mind from the anime and the gameplay feels more or less the same as the last game although it is very important to note that there are several new additions to the game that add on to the game which I will get into soon.

I then switched up the pace and started going with dream matches like Lemillion vs All Might and that is when a feeling came over me that I was genuinely interested in playing as each of the characters to see their final moves, even Mineta.

The game is also introducing a ton of new features that I am excited to try out including multiplayer support for a second player to play as a sidekick, wall running, and a new stamina system that will most certainly change the dynamic of matches. This new system will be interesting to see as players will have to keep an eye on their stamina gauge while wall running, attempting moves, and wreaking havoc on their opponent. Customization returns and will take you beyond Plus Ultra with more items that will make you the most stylish hero.

Another inclusion in this game is the stage destruction. In a few of my matches I was able to destroy the floor beneath my feet with a powerful blow and it just feels right, you know? Other fighting games do stage destruction to an extent but My Hero Academia feels like what it was initially made for and to see it happen makes me feel like this sequel is the complete package of what the first game was meant to be. 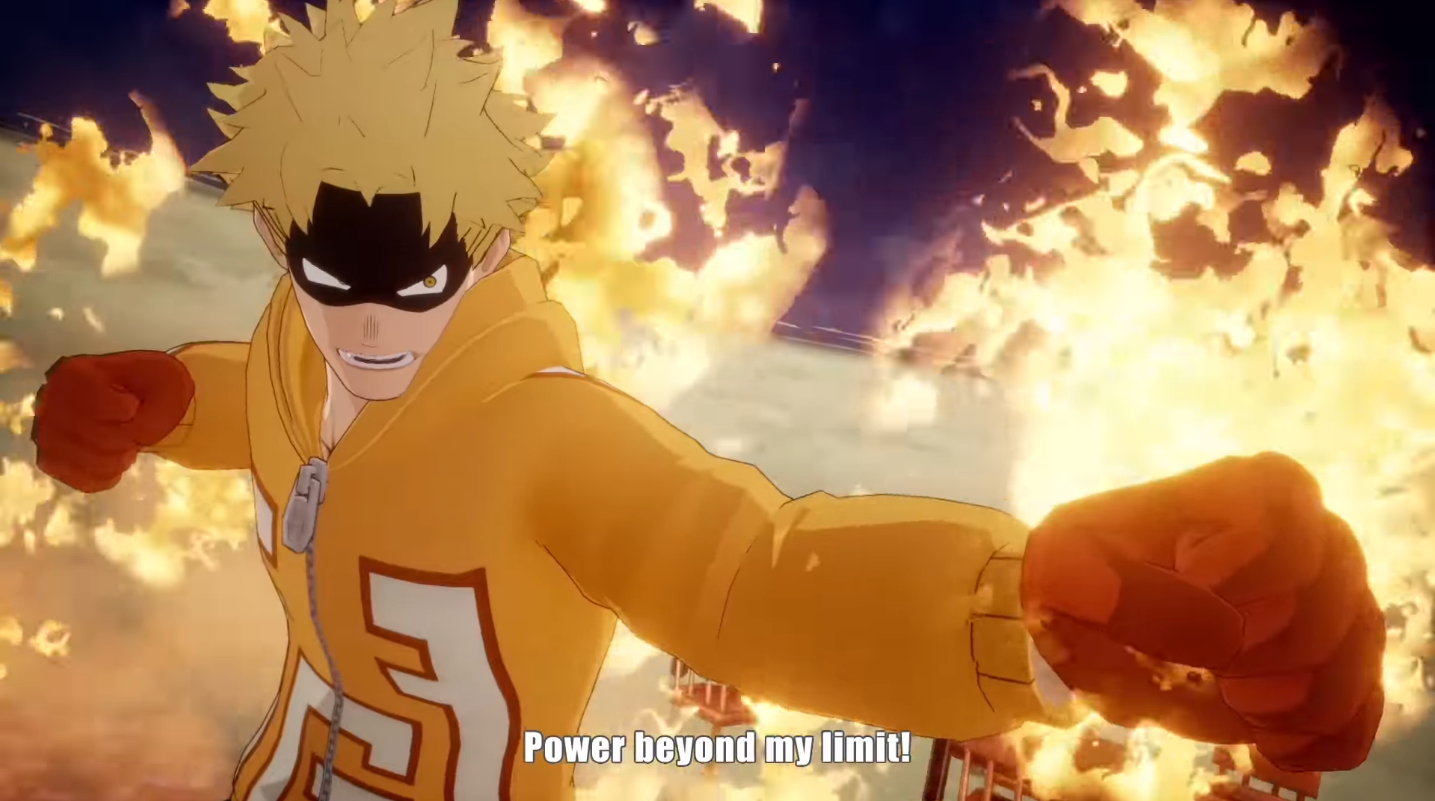 My Hero Academia: One’s Justice 2 is everything I felt was missing from the first game with its boosted roster, 4 player action, more customization, and a more complete feeling package. I personally enjoyed the over the top quick paced action and am especially excited to continue playing out my fantasy fights like Mineta vs All For One! Fans of the series should definitely pick this one up when this game Detroit Smashes into stores.

My Hero Academia: One’s Justice 2 will be available on Nintendo Switch, PS4, PC, and Xbox One on March 13th and for those who preorder you get control of the dreaded Nomu from season 1 as well as 2 early unlocked characters. PLUS ULTRA!