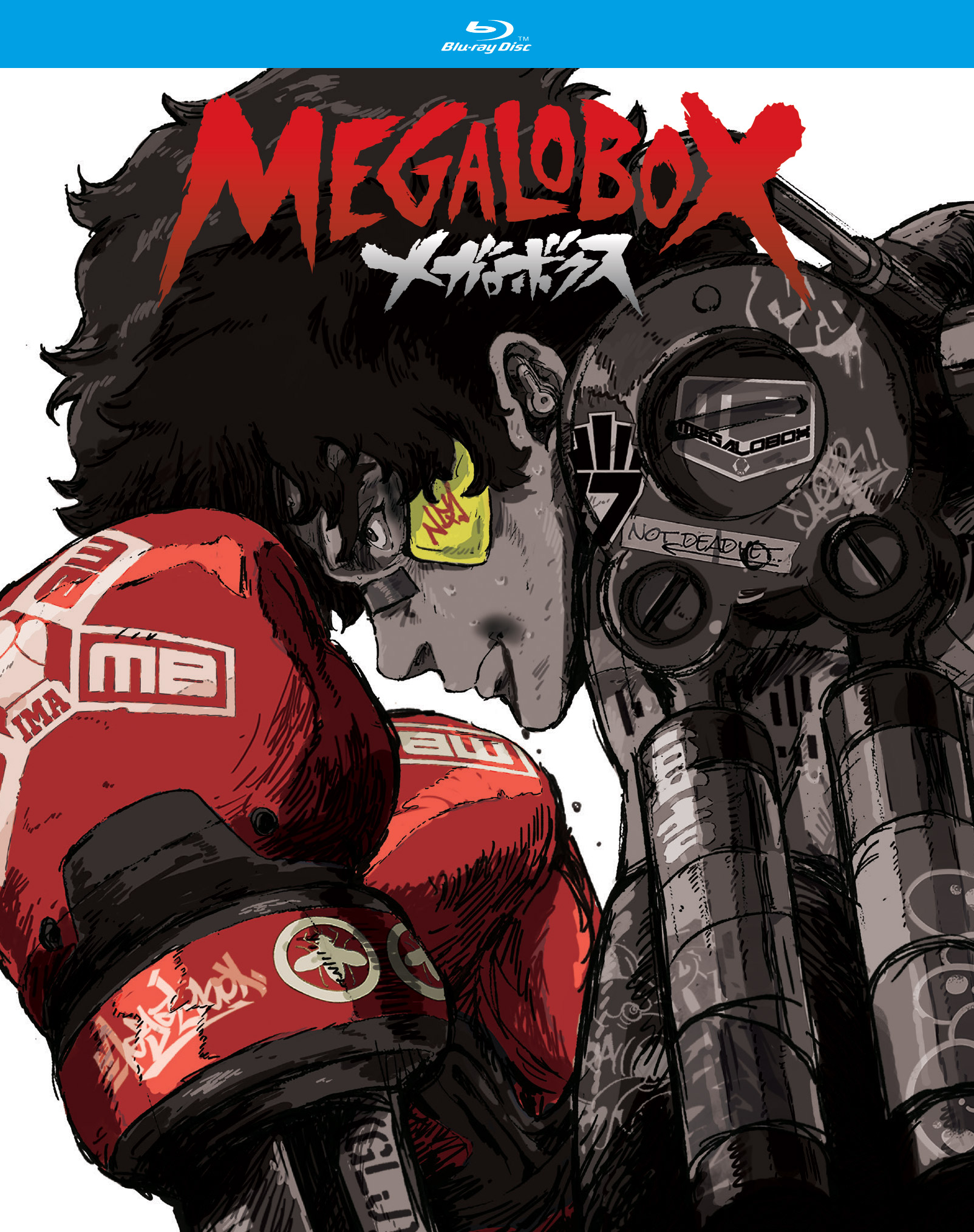 Bored, resigned, and unfulfilled, a young man with neither name nor past survives by fighting in underground matches of a sport called “Megalobox,” a form of boxing that utilizes powered exoskeletons. Calling himself JNK.DOG, he feels trapped in a world of crime, poverty, and ecological collapse. All that changes when he has a chance encounter with Yuri, the reigning king of Megalobox. Now, obsessed with proving himself, JNK. DOG becomes a man driven to do whatever it takes to fight his way to the top of the rankings and take on the champion.

I give Megalobox Season 1 Blu-Ray an A.

One of my favorite animes from 2018 has come to Blu-Ray with the standard and limited edition sets of Megalobox.

Junk Dog is an underground boxer used to throwing matches until a random encounter inspired him to join Megalonia, the worlds largest tournament for boxing using mechanical exoskeletons called Gear.

The shows art style is very reminiscent of gritty styled shows of the past like Cowboy Bebop among others.

The shows style is extremely gritty with some amazing character design and animation. TMS Entertainment has been around the block for a long time so find a team to make something this unique must be no problem.

The show is 13 episodes and in those 13 episodes is a lot of great storytelling, dialogue, and action sequences inside of the squared circle that you can’t help but be impressed.

The presentation of the standard edition blu-ray is excellently done with an amazing cover art and sleeve. If you haven’t given this show a shot yet I highly recommend it and for hardcore fans I recommend checking out the Limited Edition.