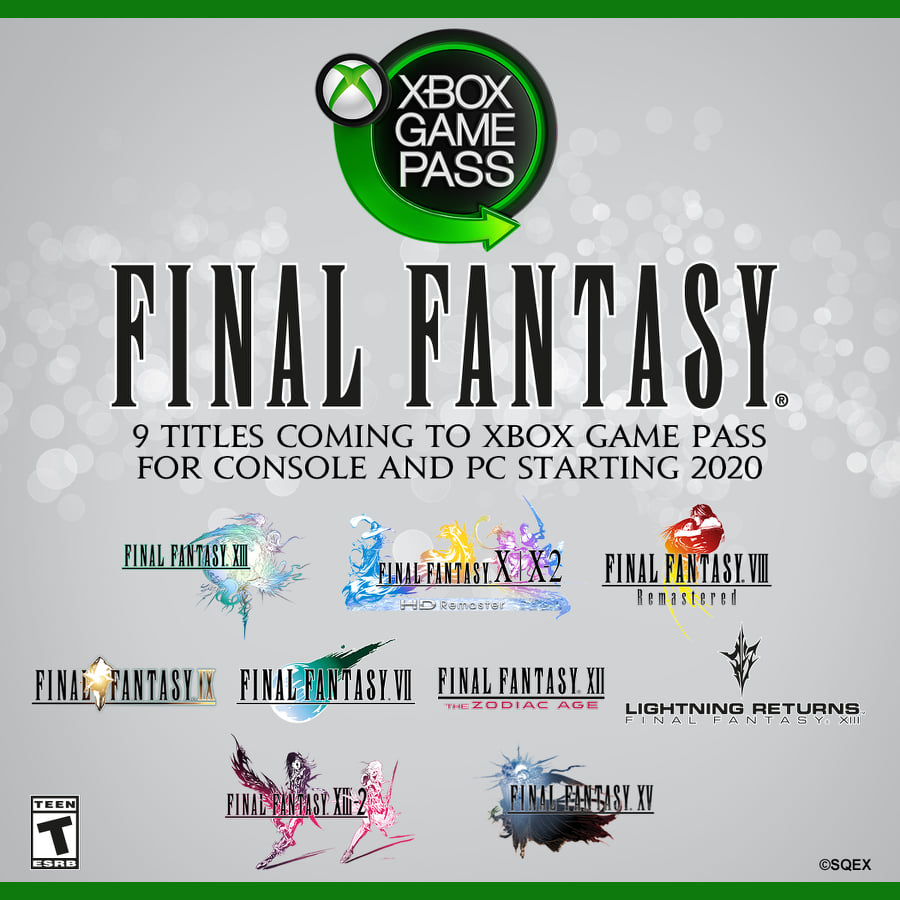 The Xbox Game Pass is about to get a lot of Square Enix love as it was revealed that nine Final Fantasy games will be heading to Game Pass in 2020.

Square Enix developers Shinji Hashimoto and Ichiro Hazama are here to FINALLY share what they have in store for @XboxGamePass! #X019 #InsideXbox

It’s a nice collection of titles that players with Xbox Game Pass will be able to enjoy. It wasn’t the only Square Enix related news though as it was also announced the Kingdom Hearts series will be heading to Xbox Game Pass.