The latest chapter in the Layer of Fear series is upon us. Layers of Fear 2 throws us back in that psychological roller coaster. This time, you wander a ship as an actor filming a feature film. However, the director of the film believes heavily in method acting and attempts to build “character” for a better performance.

As mentioned, the game takes place solely on a ship. The ship though holds many secrets, and as you progress, it appears the Director knows more about your character than you think. Each chapter has you wander what appears to be a shape shifting ship where even turning around will have the layout either repeated or flipped around. It’s an unnerving experience along with the slights aimed to make you jump. The atmosphere itself of the ship gives off an eerie vibe where you expect something to always jump out at every turn. And as you venture on this mysterious ship, you begin to question exactly what is going on, and how does your character connect to all this. 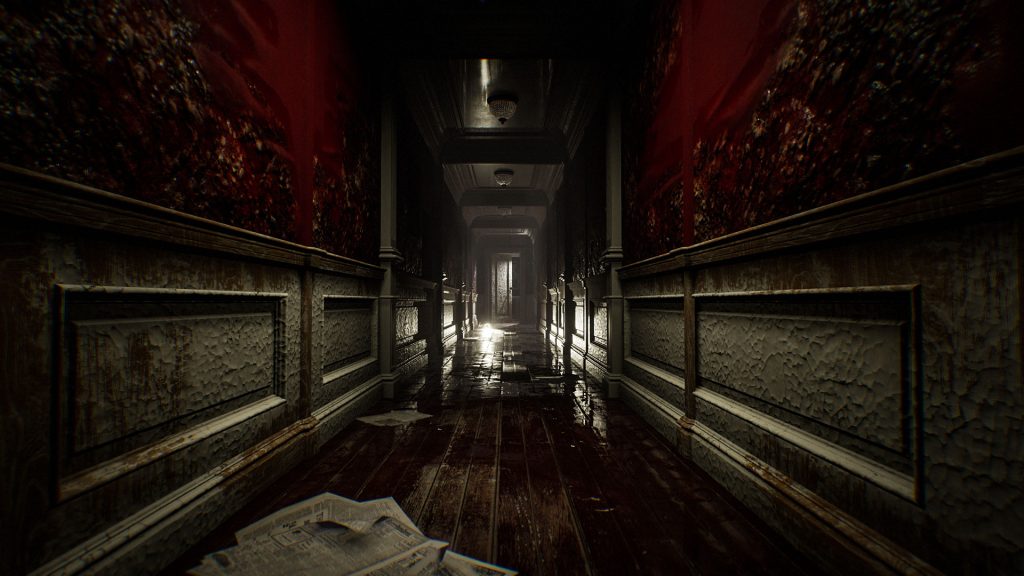 Despite this, there really isn’t much to do other than keep walking and solving puzzles. There aren’t really any bosses or enemies to kill, but a few encounters that have you run from a supernatural entity. Other than that, if you can survive the scares, then you’ll easily walk through this game. Which is disappointing as it doesn’t give much replay value. The story itself is strong, as you slowly uncover what your connection with the ship and the “stowaways” you’ll encounter. It’s worth a trip if you’re a fan of the series or a fan of horror. But don’t expect anything beyond that. Layers of Fear 2 pushes your limits with fear but leaves you wanting more.