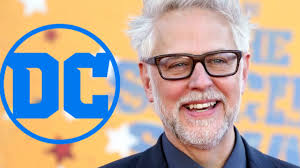 Fans across the DC universe have been wondering what James Gunn and Peter Safran have in store for them. Will the Snyderverse continue, will the Ayer Cut of the Suicide Squad ever be released? Will the Legends of Tomorrow have ….well…a tomorrow?

Just a day ago David Ayer even tweeted out the #ReleaseTheAyerCut hashtag getting the fans excited about the possibility that something maybe brewing with the Suicide Squad.

Well this morning James Gunn has gone to Twitter to address fans from across the DC fandom and one thing is clear, he is busy mapping out the future of DC studios. Read his entire statement below:

“Opened up Twitter at the end of a long, creative weekend to see the many tweets to #SaveLegendsofTomorrow & #ReleaseTheAyerCut & fan support for other DC projects over the years. The majority of these requests were enthusiastic & respectful.

As the new (& first ever) CEOs of DC Studios, Peter & I think it’s important we acknowledge you, the fans, & let you know we hear your different desires for the pathways forward for DC.

Although our ability to interact on Twitter has been lessened due to the workload of our new positions, we are listening & open to everything as we embark on this journey, & will continue to do so for the next few years.

But all our initial focus is on the story going forward, hammering out the new DCU, & telling the Biggest Story Ever Told across multiple films, television shows, & animated projects.

We invite all of the DC fandoms from across the multiverse — and everyone else as well — into this new universe. We can’t wait to reveal more.”