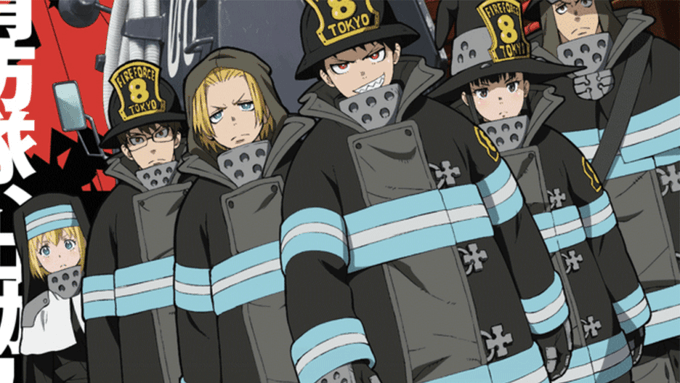 During Anime Expo 2019 we got the opportunity to sit down with the writer of Soul Eater to talk about the upcoming release of Fire Force the next series based on the manga of the same name.

The show follows Shinra, a boy with a terrible past who enlists in Fire Force 8 with the goal to be the hero he always wanted to be but with his special abilities and tendency to smile in tense situations he’s bound to run into trouble with his squad.

How hard was it switching gears from Soul Eater to Soul Eater Not! to Fire Force?

It’s fun[laughs] I get bored quickly so I wanted to a lot of different things.

That’s interesting I figured it would be weird going from an action based series to slice of life back to action.

I might to something different after Fire Force too!

Soul eater is[you know] it has its own very unique world so putting in the crazy characters in that world wasn’t that difficult but for Fire Force the world is more realistic? Its not like the fantasy world its a more realistic world setting so mixing characters that are more realistic along with some of the more eccentric characters like the ones from Soul Eater that balance and mix well with the characters was challenging.

What were you most looking forward to seeing translate from the manga to the anime?

In manga[on paper] it’s really hard to gauge the power of fire, the color, the sound, and the movement of fire because it’s paper its still images so i’m really looking forward to seeing the movement, the sound of the fire, and the color and light of the fire depicted in anime.

What in your opinion will make Fire Force stand out to fans?

Simply put, fire. This manga has one ability and its fire and its the theme of the manga and there’s a different variety of abilities with fire so that’s [in that sense] just having one unique ability that people share and have a different version of that same ability to control or use fire and its different as opposed to having characters with different powers.

Thank you very much for sitting down with us we are very much looking forward to seeing Fire Force.

Thank you I hope you enjoy it.

Fire Force is now streaming weekly on Funimation and Crunchyroll.