Hatsune Miku made her debut in 2007 and has since become a global phenomenon with a very dedicated fanbase, live concerts, hit songs, and a popular rhythm game series.

Mega Mix offers the same bubbly arcade style formula that you know and love with a splash of customization options. For starters the game gives long lasting fans the ability to play through it’s greatest hits catalog and beyond that there’s not much new to the library.

The music choices for Mega Mix is essentially a compilation of songs from previous games albeit with one new song this just means you are getting a bonafide greatest hits machine with everything you love of the series with less of the filler and more of the features. 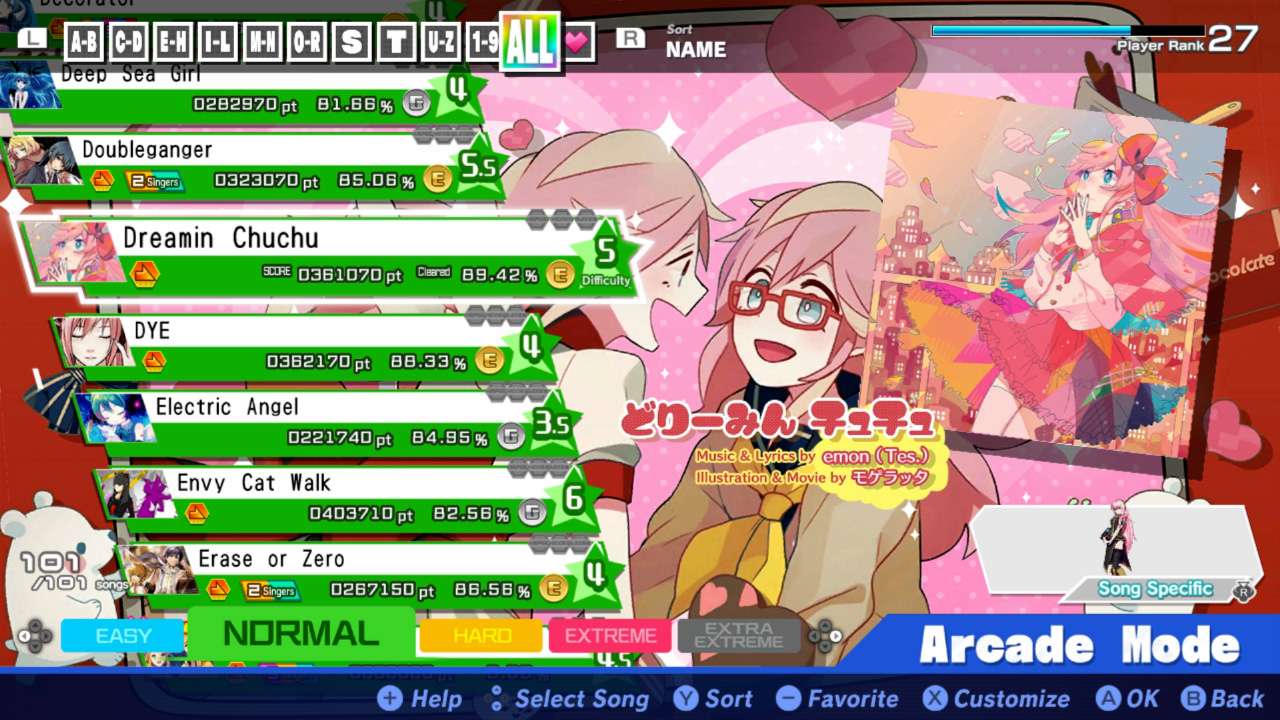 Before describing the difficulty I would like to point out that I am a dabbling fan of the rhythm game genre. I don’t have the finesse to easily master songs and stages with ease, with that being said this game is a bit more unforgiving that the countless other rhythm titles I have reviewed. Each note is either a miss, safe, good, or cool. The hit box for these is a slippery slope and I found myself getting upset with the amount of ‘safe” inputs I accumulated.

Safe cancels your combos and I got it all too often so If I had to really critique it I would say that new fans trying to get into it may find the hit boxes for each note a bit of a learning curve. 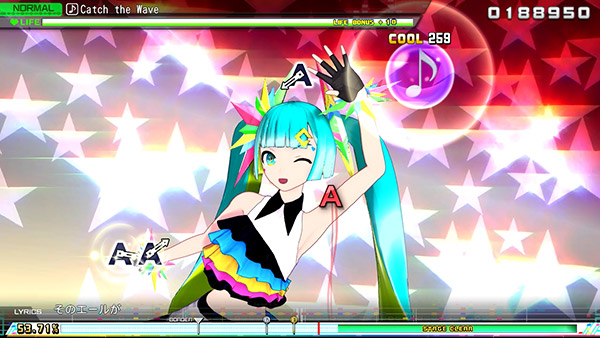 There are two modes in Mega Mix one being classic and the other being a completely new experience made for the Nintendo Switch.

The new Nintendo Switch mode called Mix Mode is a bit unnatural to maneuver at first but once you get a hang of it you will find an amusing new way to play through your favorite jams and even more of a harder time mastering the faster the inputs come. 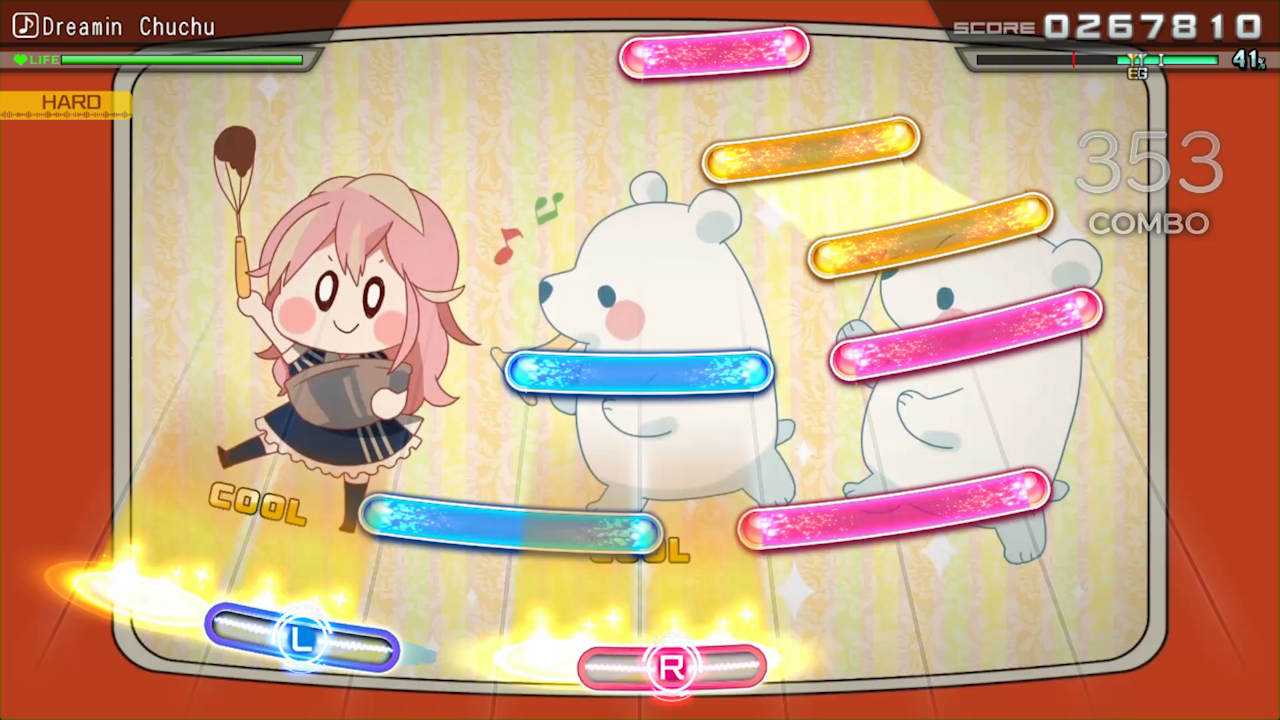 The visuals for Project DIVA are often amazing with each stage having it’s own music video playing in the background coupled with the ability to change each of the models appearance is an amazing combo. Some of my personal favorite types of animation are present and it really shows the true versatile nature of the Vocaloids.

I found a small hand full of the stages to be somehow too visual as it was almost impossible to keep track of the note locations. I exacerbated all brain cells finding the notes on Catch The Wave because the visuals on that music video are on an entirely different level while others such as the fantastically animated Jigsaw Puzzle had a few points of difficulty with colors and lighting.

The game allows you to change up which Vocaloid will be in each video and a TON of outfits for each of them. I usually tended to keep Miku in the Space Station 13 outfit until I realized that it didn’t fit into all music videos at that point I started purchasing outfits for every playable character to match them up with certain sets and videos. It’s not necessary but it is a welcomed addition to an otherwise straight forward arcade game. 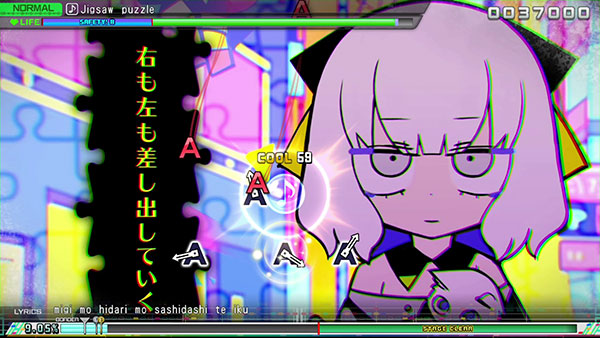 A fun new feature in Mega Mix is the ability to make custom shirts and have your models wear them during performances. Have you ever wanted to see Miku in a Pickle Rick shirt, if you’re answer is yes then you’re in luck! The feature works similar to the custom drawing feature in other Nintendo games the difference being the bucket tool.

If the idea of making a shirt for Lin and Rin then this will definitely be in your priorities, if you don’t really care all that much about this feature then luckily for you they don’t force it. 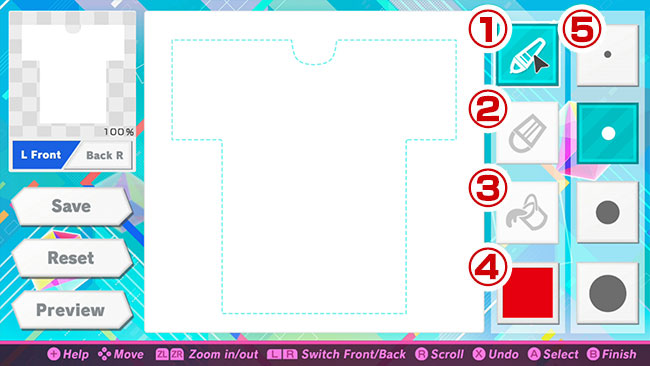 Hatsune Miku: Project DIVA Mega Mix is a fun and condensed greatest hits installment with an equally challenging mode made exclusive to the console. The game requires you to play through songs several times to perfect a stage but once you do the game opens up and the world is your stage.

Not all songs here are winners but each of them is worth playing through once to experience the unique visual taste that Miku and the rest of the crew brings to the table. Altogether with the customization’s, Mix Mode, and extra features this package is a mega hit no matter if you’re a Vocaloid fan or not.