Tokyo RPG Factory is a development studio known for such games as I Am Setsuna and Lost Sphear. If you’re like me and haven’t yet played any of their games, then Oninaki might be the best starting point for you. Square Enix invited me to play a preview build of the game, and I came away even more excited than I ever thought possible. I played the Nintendo Switch version, and Oninaki will also be available on PS4 and PC.

What really piqued my interest with Oninaki was its premise and story. The game is set in a world where everyone knows what happens after you die: your soul is reincarnated into another body, but sometimes souls get lost along the way. This is where the Watchers come in. You play as one of these Watchers named Kagachi, whose parents died at a young age. In this world, the families of the ones who’ve passed are asked not to grieve, for it will upset the souls of their loved ones and they will become lost and unable to reincarnate. The demo I played took place at the beginning of the game, where Kagachi and his partner are off to complete an assignment where they have to free the lost soul of a little boy. The mission itself was short, but it’s conclusion goes in a shocking direction that I didn’t see coming. 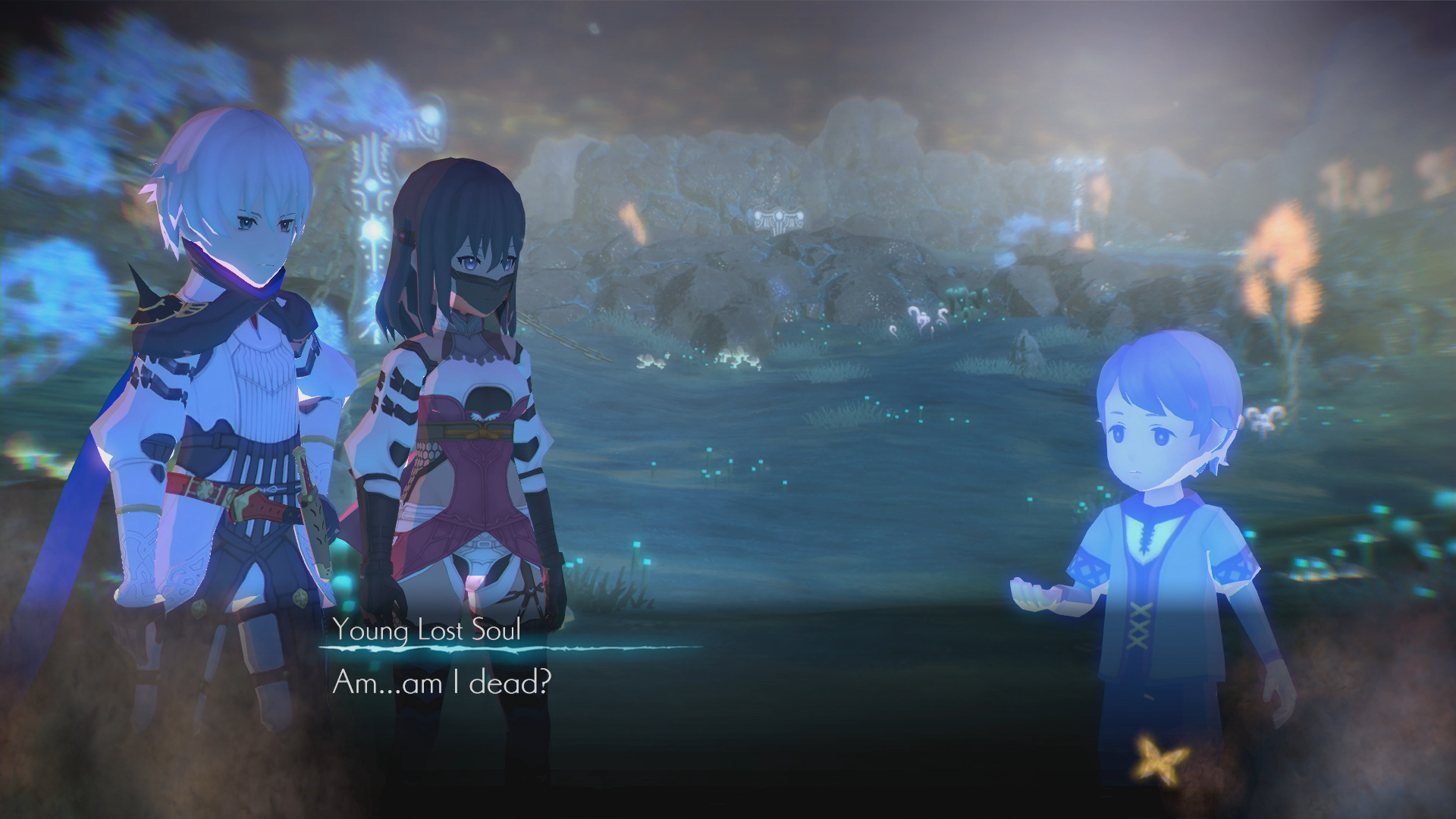 As for the combat, Oninaki is designed around hack-and-slash gameplay, but you don’t mindlessly mash buttons. Instead, you are equipped with classes called Daemons. Daemons are actual lost souls that will provide you with different weapons and powers. You can upgrade each Daemon with experience points, allowing you to equip special skills for each. My default Daemon was Aisha, though later I acquired another Daemon called Zaav. You are able to switch between Daemons at any time, which lets you mix up your playstyle as you see fit. Zaav has a move called Meteor, which launches the Kagachi into the air to deliver a powerful ground pound. This was handy in defeating the demo’s boss, which took me two tries to beat.

Also, I forgot to mention that Watchers have the special ability to traverse between the living world and the spirit world called The Beyond. In order to do that though, you have to defeat certain enemies that are blocking the Veil between worlds. Each world has its own separate map, even though they both have the same landscape. You’ll find different enemies and items between worlds, so it’s almost like you’re getting twice the game.

After I completed the story, I decided to check out Battle Mode. Here you’re equipped with 4 Daemons to use against waves of enemies. It’s like the story mode, just without story. Considering how good the combat is, this mode seems excellent for when you’re just trying to kill time…..and enemies. So far, I love the hack-and-slash gameplay of Oninaki. The swappable Daemons make for some fun and engaging battles, and they aren’t too easy either. Like I said, I had to try a second time to defeat the first boss of the game. You can check out my playthrough above if you don’t believe me. 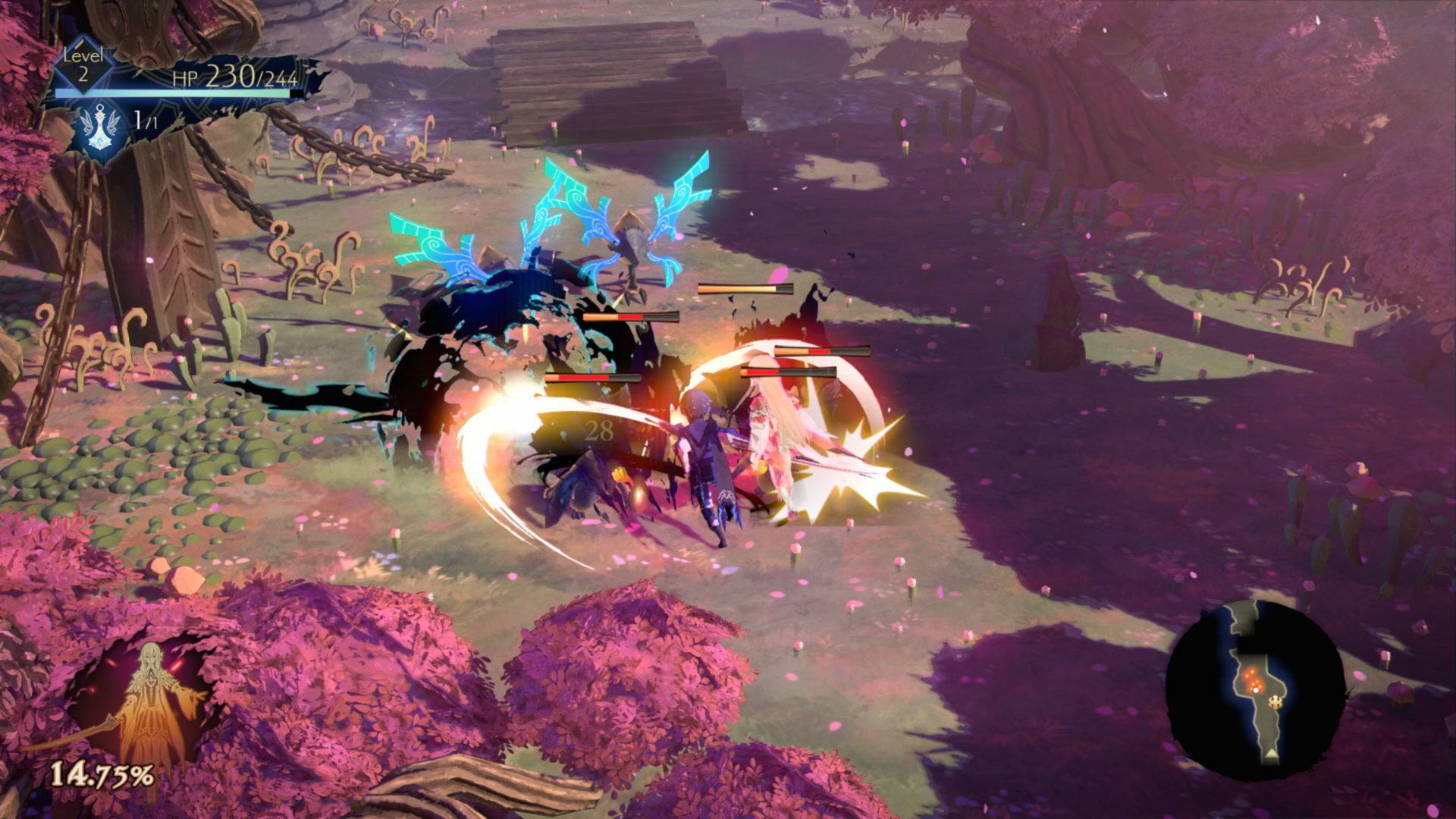 I’ll admit, Oninaki was not on my radar in terms of anticipated game releases, but after playing that demo, I can’t wait for it to release next month! If you want to experience what I did, the demo I played will be available to download tomorrow July 23 on Nintendo Switch, PS4, and Steam, which are the platforms the game will be releasing for on August 22!