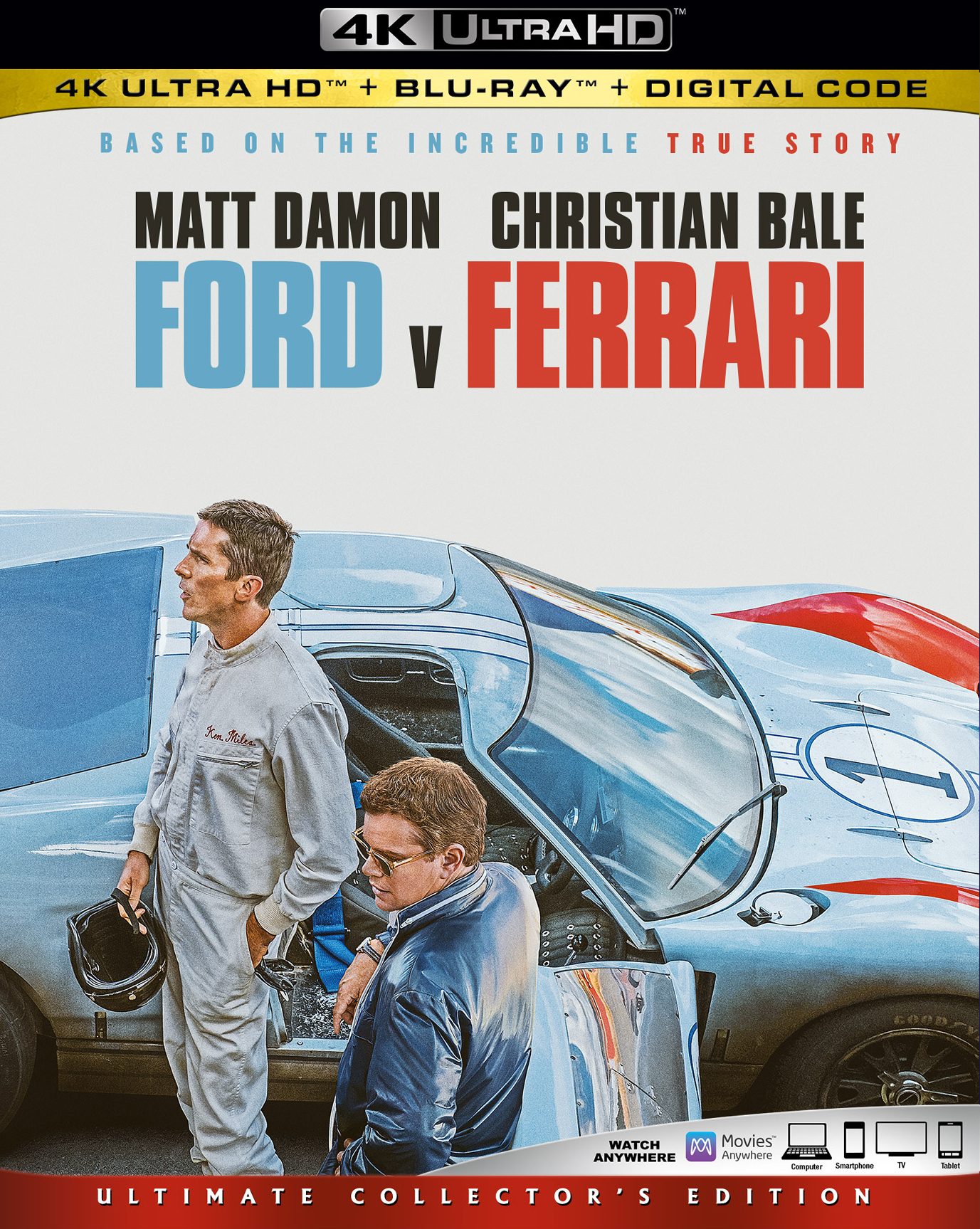 American car designer Carroll Shelby and driver Ken Miles battle corporate interference and the laws of physics to build a revolutionary race car for Ford in order to defeat Ferrari at the 24 Hours of Le Mans in 1966.

I give Ford V Ferrari a B+.

What an adrenaline packed film!  If you’re into cars and racing you will absolutely love this film.  I wanted to get behind the wheel of a sports car after watching this. To see iconic people like Carol Shelby and Henry Ford II come to life on screen was amazing.  Also to be introduced to a new person (well to me he was), Ken Miles.

Everyone’s performance on this film was amazing but Christian Bale stood out.  His facial expressions were that of Ken Miles that when I actually saw a picture of Miles with a group of people, I knew exactly who he was.   Miles was a cocky man that knew his stuff.  He was also the one that help Ford win Le Mans in 1966 but was robbed of his title.  Unfortunately, He passed away doing what he loved.

I knew of the Ford GT40 but didn’t know the story.  To see this iconic car come to life was interesting.  It was again amazing to watch Ken Miles test drive the car and know exactly what was wrong with it.  I know a few things but not at that level!

My favorite scenes were the Le Mans race.  I was on the edge of my seat.  Not sure if that was actually Christian Bale behind the wheel (but knowing that he is an actor that totally immerses himself in a role, I wouldn’t doubt it), but to watch him shift into gears and take corners going 200 MPH was insane.