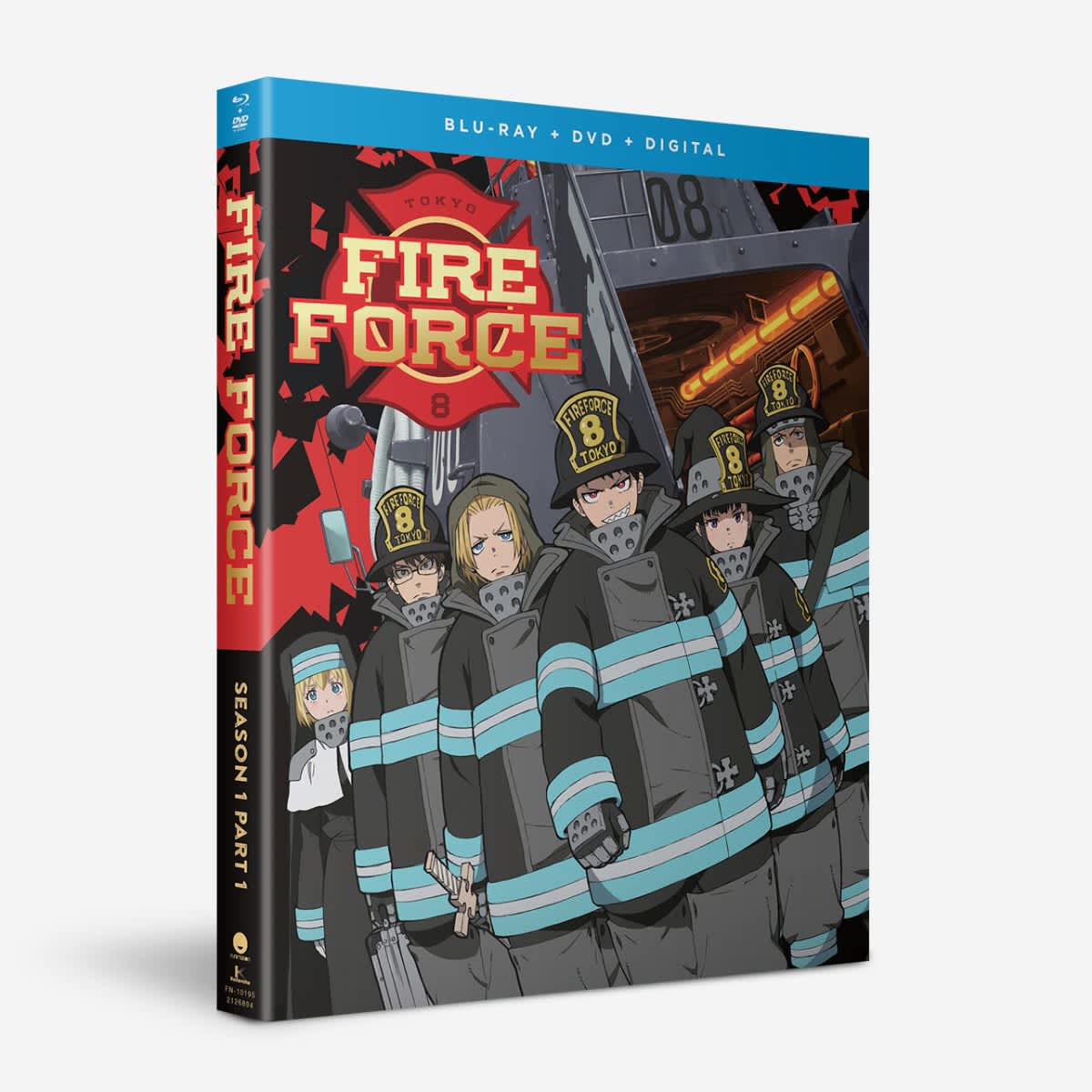 The Series: A crisis plagues the world: Spontaneous Human Combustion. The only ones trained to stop these blazing mortal infernos are the brave members of the Fire Force. Shinra is determined to become the greatest hero, but his past leads him to a different destiny.

My Thoughts: I give Fire Force Season One Part One on Blu-Ray an A+!

After the massive success of Soul Eater Atsushi Okubo started working on his next project, something familiar but different. The result was 2015’s Fire Force, a coming of age type of shounen following an ambitious recruit named Shinra who vows to become the greatest hero but eventually finds himself in some pretty dastardly plots.

Shinra’s origin is as tragic as tragic comes but over the course of the season he is given opportunities and chances to rectify on them. A chance to change not only his own self image but to others as well, and with that goal in mind he meets new friends and discovers the mystery regarding the day he lost everything. I personally loved everything about Fire Force. It’s hard to describe but there’s something about Okubo’s work that feels very unique to himself but also shared throughout his works.

Whether it’d be Fire Force, Soul Eater, Soul Eater Not!, or B. Ichi the dialogue, atmosphere, fights, and interactions between characters all feel stylish and flashy. The decade difference between fights in Soul Eater and Fire Force are incredibly apparent as the animation for Fire Force specifically in the fight sequences is second to none. The Blu-Ray comes with over an hour of special features including the Anime Expo 2019 Q&A with Atsushi Okubo which is coincidentally where we got the amazing opportunity to have a one on one interview with the creator himself.

Fire Force shines in every way possible, hell, even the cover art for the Blu-Ray shines. The show is just heating up as season 2 is looming so I would recommend picking this one up and catch up!

You can purchase Fire Force Season One Part One on Funimations official shop.