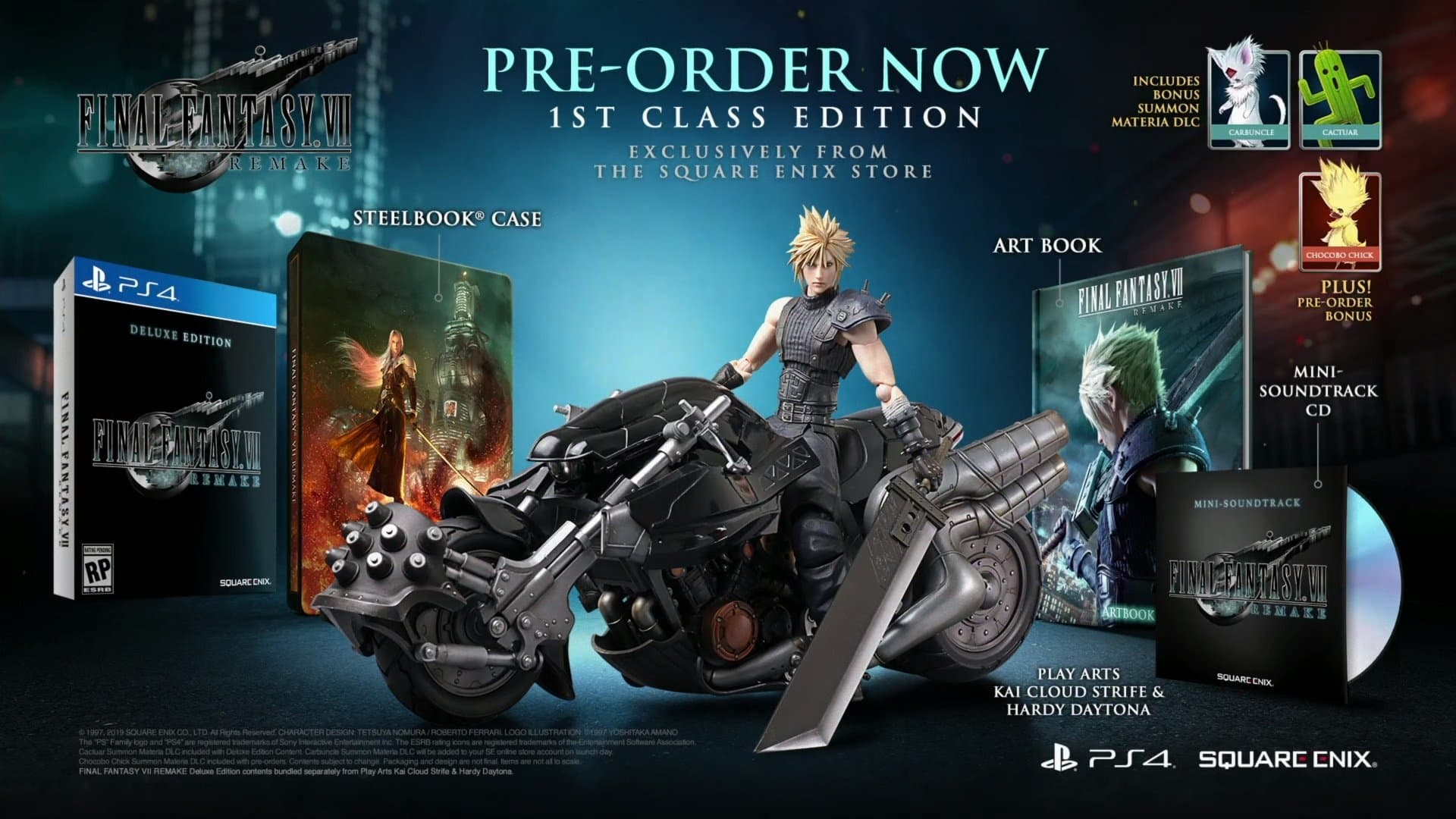 Final Fantasy VII getting a 1st Class Edition which will run you $329.99

The 1st Class Edition will be a Square Enix Store exclusive and include a steelbook case, an artbook, a mini soundtrack cd, bonus DLC summons for Carbuncle, Cactuar and Chocobo Chick along with a Play Arts Kai Cloud Strife & Hardy Daytona figure. This could be all yours for $329.99 which is up for pre-order now. 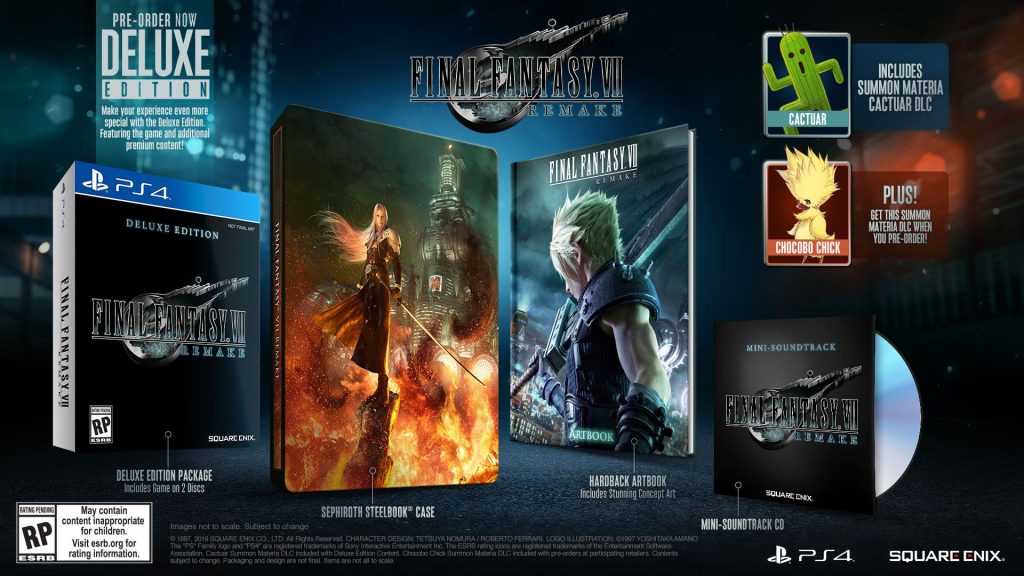 If you don’t want to spend that much, Square Enix will also offer the Deluxe Edition which includes everything minus the Carbuncle DLC and the Play Arts Kai Cloud & Bike. It’s a lot more manageable at $80.

Personally, I’d love that 1st Class Edition but I can’t see myself pulling the trigger at that price. Luckily, if you do want it you won’t be charged until shortly before the game ships meaning you have some time to save up.