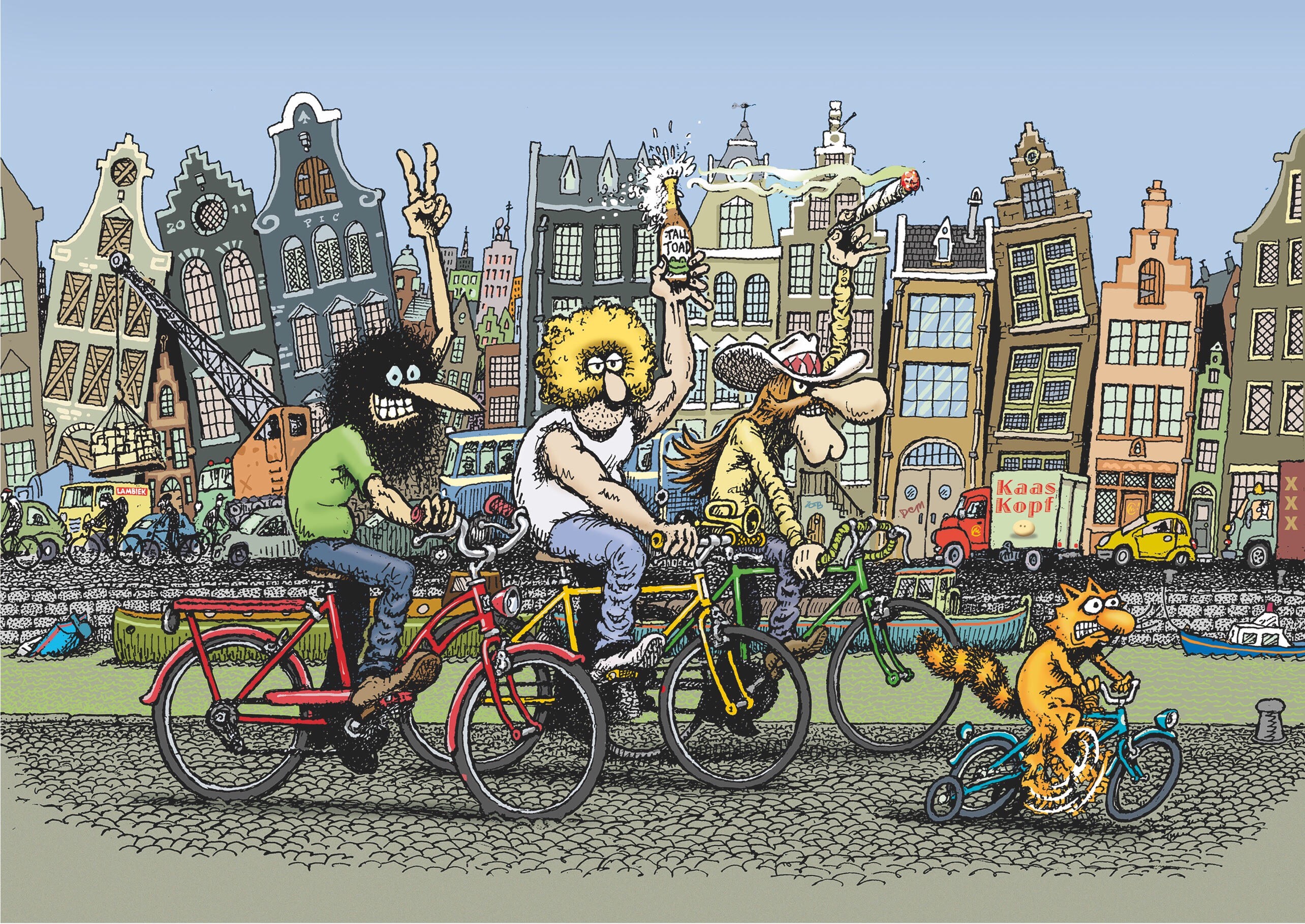 After almost fifty years, The Fabulous Furry Freak Brothers comic series is hitting the big time with their own television show.

King of the Hill alumni Alan Cohen and Alan Freedland are serving as showrunners, while Workaholics’ Adam Devine and Blake Anderson will lend their voices and creative input into the show as executive producers. John Althschuler and Dave Krinsky (Silicon Valley), as well as Daniel and Jeremy Lehrer (Highly Gifted) will serve as writers and producers.

The deal was negotiated on behalf of Gilbert Shelton by Manfred Mroczkowski, Executive Director of InterLicense, Ltd., who will also be joining as an Executive Producer.

“There is so much topical, pop-culturally relevant, irreverent and hilarious source material to pull from, we’re just beyond thrilled to be working on such a fun and layered property,” said Alan Freedland and Alan Cohen. ”Now is the time to be creating smart adult animated shows that touch on topics that are timeless and timely.”

“We connected so much to these characters,” said Adam Devine and Blake Anderson. “They’re just trying to enjoy life while understanding the world around them, and the adventures they go through along the way had us fully giggling while simultaneously making us think. When the opportunity arose to get involved not just as talent but also on a creative level, we jumped at the chance and also WEED, man!”

Starburns Industries (Rick and Morty, Animals) and Pure Imagination Studios (The Simpsons, Lego Batman) will handle animation on the series.

The showrunners, writers, and talent behind the upcoming show will reveal more at their San Diego Comic-Con panel on Friday, July 19th at 7:00pm in room 6 BCF of the convention center.