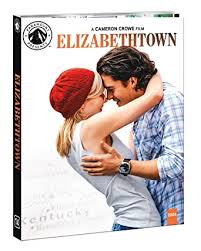 Aspiring young shoe designer Drew Baylor (Orlando Bloom) gets fired from his high-profile job after the failure of his latest project. To make matters worse, his girlfriend, Ellen (Jessica Biel), leaves him, and he becomes suicidal. Drew’s morbid plans are interrupted by the news of his father’s death, and he is called back to his Kentucky hometown. On his flight home, he meets the lovely Claire (Kirsten Dunst), a sunny flight attendant who tries to help him embrace life once again.

Catch Elizabethtown out on Blu-ray on February 9th!