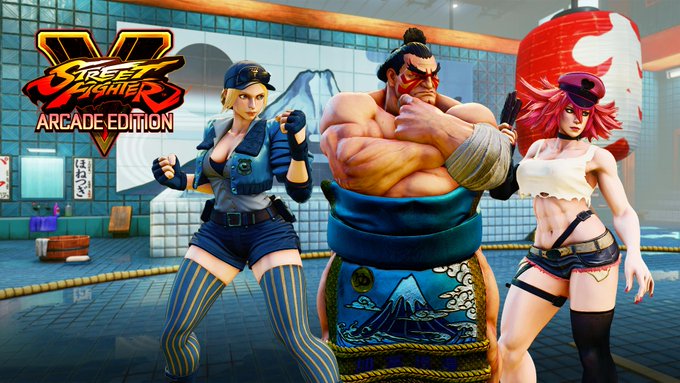 Leaked before the big EVO event in Las Vegas, Capcom decided to jump the gun on their next big announcement and reveal 3 more characters coming to Street Fighter V currently on its 4th season. Rather than posting a schedule and lineup of characters coming during the season Capcom looks to be keeping the news as a surprise similar to the Kage reveal back in December.

E. Honda has not been playable since Street Fighter 4 back in 2008 making his return all the more special.

Lucia and Poison are originally from the Final Fight series and join their fellow characters Cody and Abigail with Lucia playable for the first time since Final Fight 3 and Poison making her return from Street Fighter 4.

Each of these characters will be available on August 4th with a Summer bundle coming the day after.