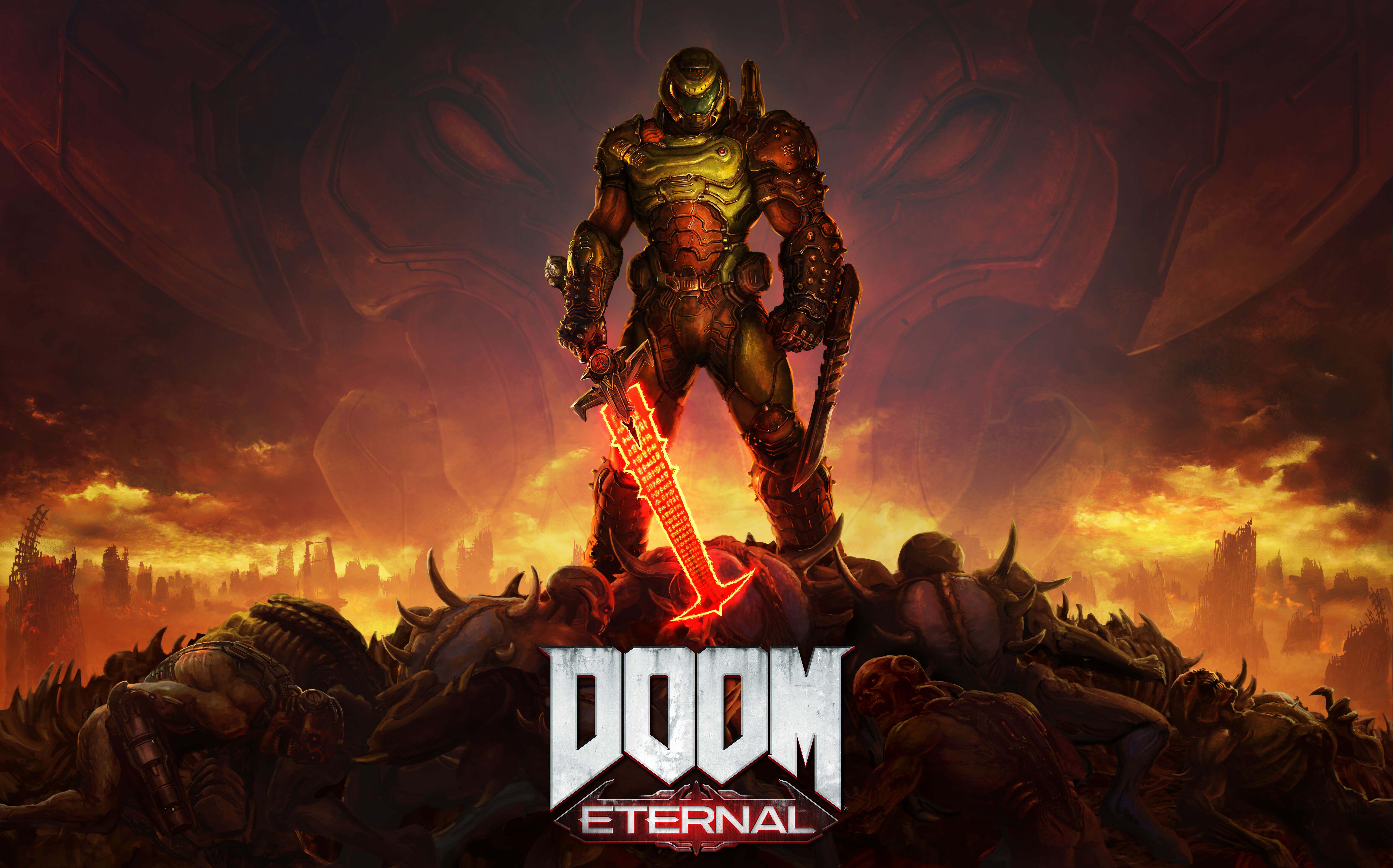 It seems that there is no better time to be a DOOM fan, especially if DOOM Eternal lives up to the quality of the demo I got to play. Now I am the biggest fan of the latest DOOM back in 2016, so much so that I considered my Game of the Year at that time. If the sequel is going to be more of that with TWICE the amount of demons, then no doubt would this be better than the last. Upon my playing of this demo however, I learned that the developers at id Software are taking this installment in somewhat of a different direction. Don’t let that scare you though, as the demo still contained everything I loved about the last game: hectic combat, big freaking guns, and a whole lot of demons to kill.

I played the first three hours of DOOM Eternal’s single-player campaign, and one thing I learned is that there will be more story elements this time around. Even then, there were less than five minutes worth of cutscenes in my three-hour playthrough, as the game doesn’t forget that this is DOOM. The focus is still on the gameplay, but Eternal also opens up the universe of DOOM like never before, with multiple dimensions and more backstory on the Slayer himself. The demo took me to three locations in particular: Earth which has been invaded by Demons, the Sentinel City of Exultia, and a Cultist base. The goal is to find and kill Hell Priests to end the demonic invasion, and you will meet a unique cast of characters that you can read more about in the lore menu. If you don’t care about the story and just want to kill demons, there is no shame in skipping the cutscenes and ignoring the readings. 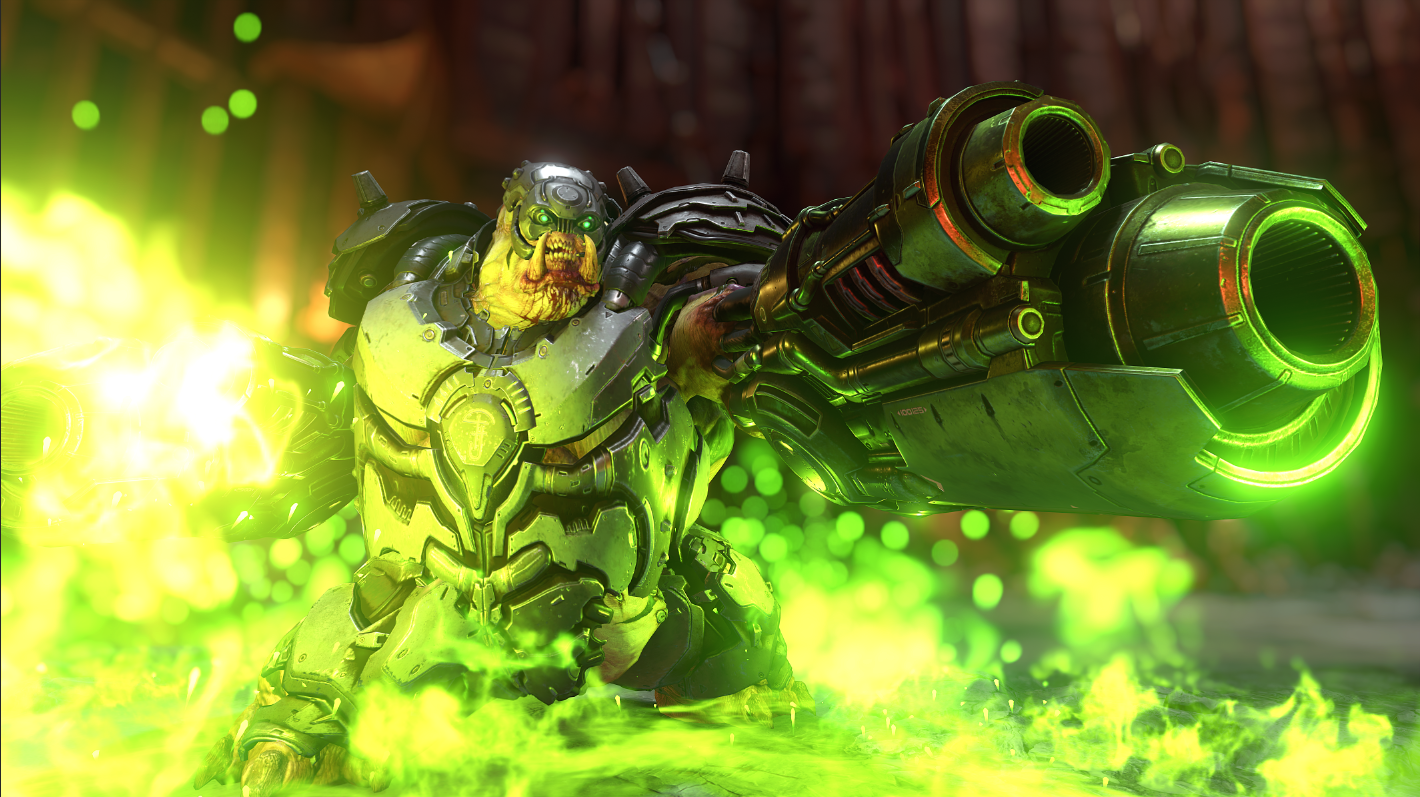 Before playing, I was given the option of selecting a difficulty, and it was a tough decision. I’m glad I chose Normal (aka “Hurt Me Plenty”) because DOOM Eternal plays a little bit differently than its predecessor in that it’s noticeably harder. Ammo is not as plentiful and enemy attacks deal more damage. That said, the game balances this out by adding a few more features, such as weak points on certain enemies that you can destroy, like the rockets on a Revenant or the turret on an Arachnatron. Destroying these weak points doesn’t kill them instantly, but it makes their attacks weaker. Even the smaller enemies have weaknesses you can exploit. If you throw or shoot a grenade in the mouth of a Cacodemon, it instantly puts them into a stagger state so you can rip their eye out. Soldiers with shields equipped are no longer a match for your Plasma Rifle, as a few shots from that weapon will cause shields to explode and damage anything around them. Also included are other powers like a quick Dash and a Blood Punch that deals extra damage, no stagger required. Though these elements do level the playing field, DOOM Eternal still feels harder in the first three hours than the last game did. I didn’t die nearly as often as I would have in a Souls game, but I had a lot of near-death experiences.

If you want a bigger challenge, there are these locations called Slayer Gates that transport you to an arena filled with demons to kill. The one I went inside was small and enemies would come out in larger numbers with added hostility. I would have lost this battle were it not for the 1UP I collected earlier. Yes, there are now 1UPs in this game, because DOOM Eternal does not try at all to hide the fact that it’s first and foremost a video game. The game throws collectibles at you like candy, there are significantly more weapon and Praetor suit upgrades than ever before, and there are now climbing and platforming segments inbetween the demon-slaying. 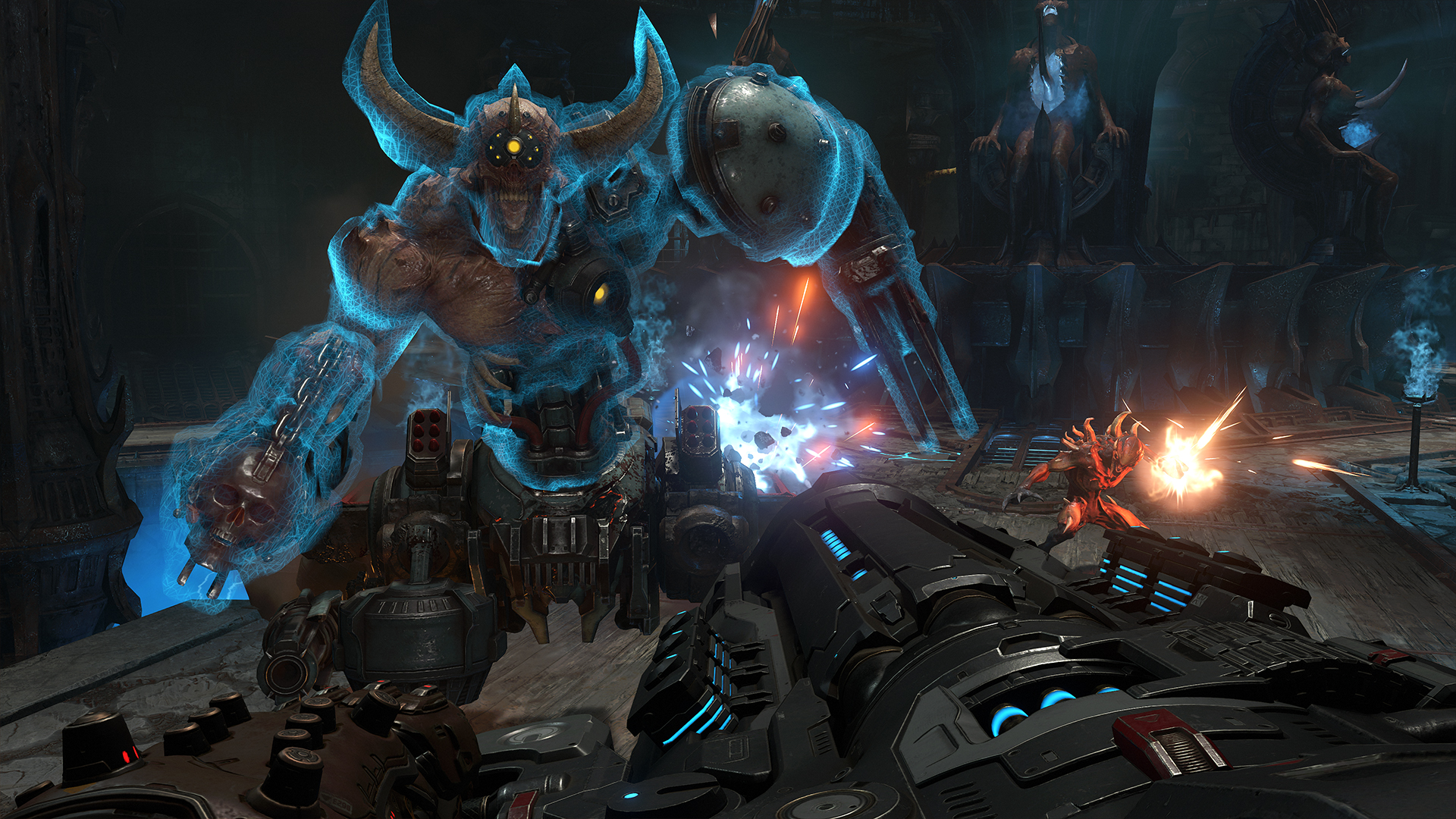 My major concern with DOOM Eternal right now is that these elements might become too overblown and clutter the experience. You will be getting a TON of upgrades throughout this game that it may become a mass to manage it all. However, if “too many upgrades” is what I’m most concerned about with this game, then DOOM Eternal is in good hands. It’s shaping up to be a more wild and intense experience than the previous game, and after id Software succeeded in bringing DOOM back in 2016, they deserve to get a little crazy with Eternal.

DOOM Eternal releases on March 20 for PC, PS4, Xbox One, Stadia, and at a later date the Nintendo Switch. Stay tuned closer to release for our official review!