The Nintendo Switch as a console has seen its fair shares of collections but never have I found one where I am puzzled by origins and conception. Don’t get me wrong Darius(created by Taito back in 1987) is a fun series of shoot em ups that to this day holds up but the Dairus Cozmic Collection, more specifically the console collection leaves a lot to be desired.

Considered one of the better shoot em up series of its day Darius is as convoluted as you’d expect for a 90’s scifi series.

The colonized planet Darius is recuperating from its invasion from the alien Belser Army thanks to that game’s heroes Proco and Tiat. Darius’ inhabitants have since situated themselves on the planet Olga while Darius’ societies, architecture and attacked areas were being repaired. The space flight Headquarters established on Olga picks up an sos signal coming from Earth, where the first colonists originated before colonizing Darius. The signal included the description of alien ships similar to those of the Belser Army. Suspecting that these might be their remaining Earthling ancestors, the people of Darius sends both Proco Jr. and Tiat Young to help them.

Now that your brain is cooling down from that we can talk about the gameplay and it’s exactly what you expect. The game is a high octane retro space adventure where you captain a ship to defeat enemies in a left to right style shoot em up with a boss fight at the end. The Cozmic collection allows players to play through games in the highest possible quality but it’s hard to not think about the Cozmic Collections arcade version. 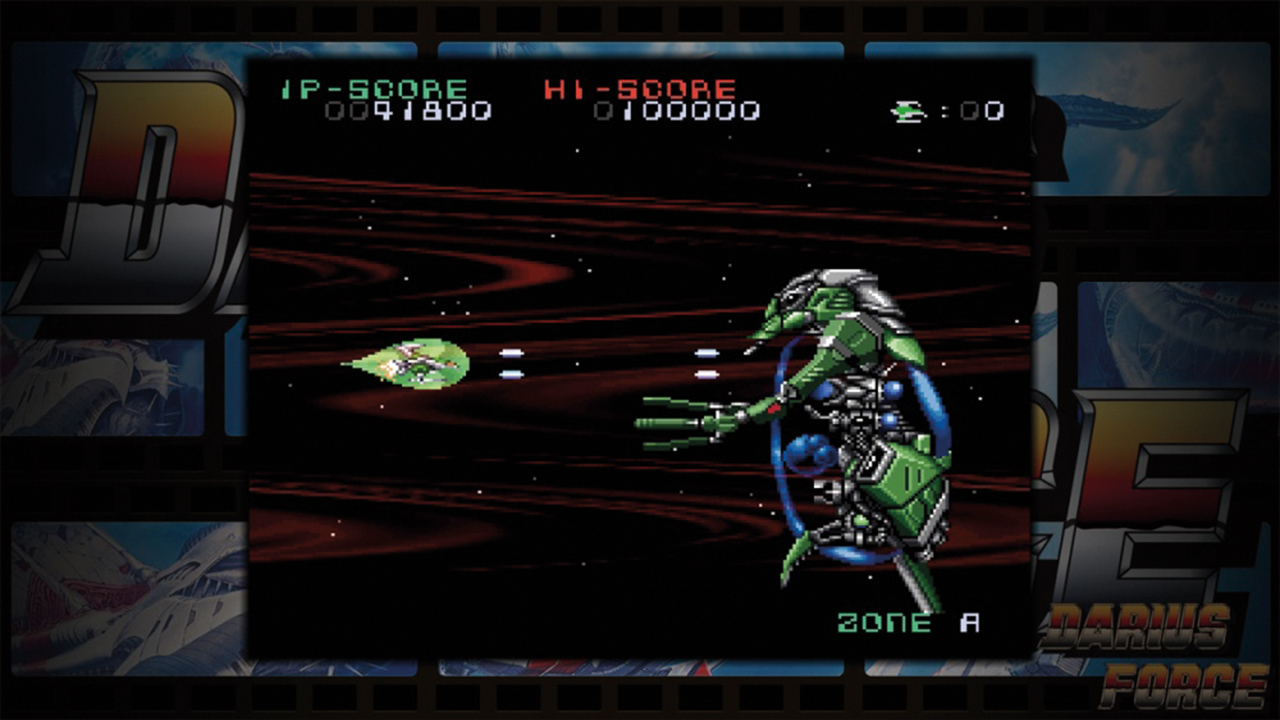 My personal favorite in the series is Darius 2 on the Sega Genesis as it feels like the most complete package overall and feels closest to its arcade counterpart while Darius Force is an all around good time with some amazing audio within its cartridge.

Some versions offer more of a challenge with speedrunning challenges and a leaderboard to earn the highest score online. The arcades might be closed but Taito is making sure fans can have the same challenge in their own homes.

The Cozmic Arcade Collection may have less games but definitely packs more of a punch while the console collection offers more games but way too many ports serving more as a museum rather than anything substantial. The price also leaves more to be desired with a price tag that costs the same as AAA titles and that’s all and well fine if the game offered anything more than 4 games ported several times. 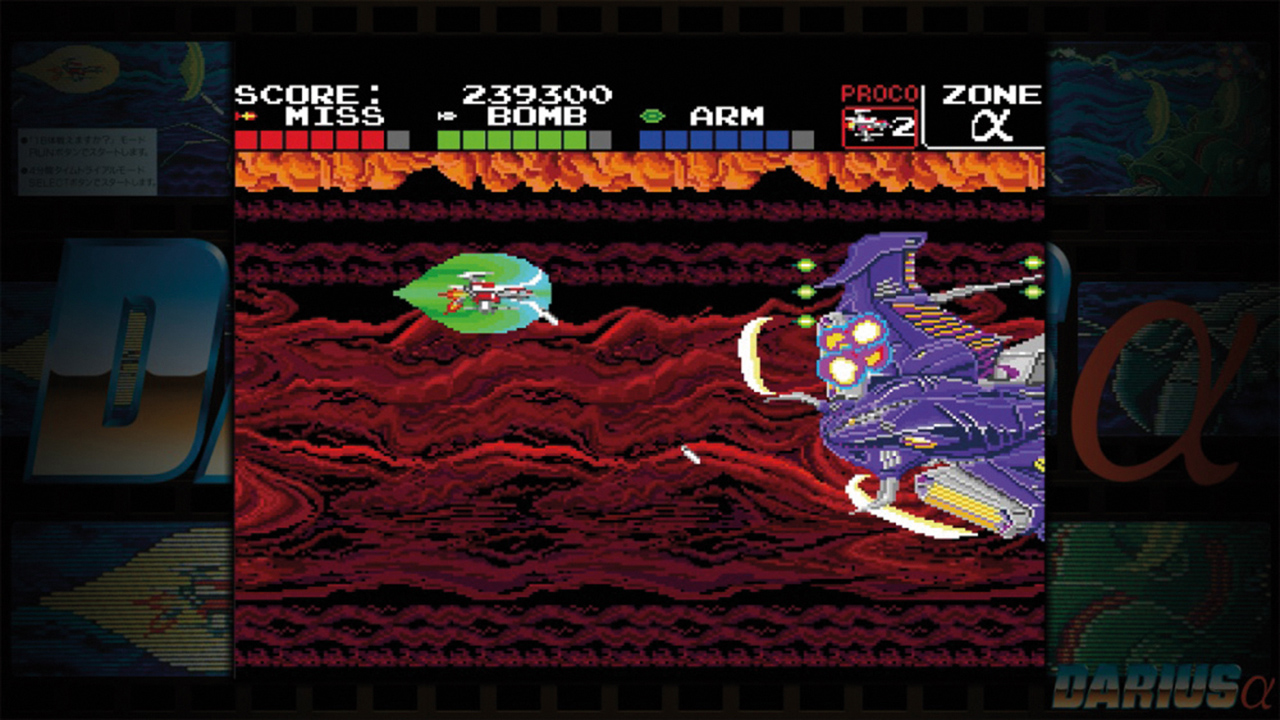 The console collection also includes Darius Alpha and Darius Plus, pc ports of the original game once impossible to find until now but also leads into a reason why the console version suffers. The Darius Cozmic Collection suffers from early console issues such as horrible sprite flickering among other problems that were not fixed but if you spin it in the argument that “we want to preserve the original games in their original state” I would understand.

I feel like the Cozmic Console Collection is something you either just ‘get’ in theory or you are left scratching your head wondering many things.

Darius Cozmic Collection Console is probably the worst route to take if you want to want to relive the series once more. The game consists of a few games spread out between console releases with very minor differences between them technically making this collection 9 games total. The games are enjoyable and contain their fair share of challenging difficulty but they are not nearly as easy on the eyes and ears as their arcade counterparts.

There aren’t many extras attached to this collection aside from a leaderboard and a few challenges at the price tag of $59.99 I would only recommend this collection if the arcade version somehow got Thanos snapped overnight.