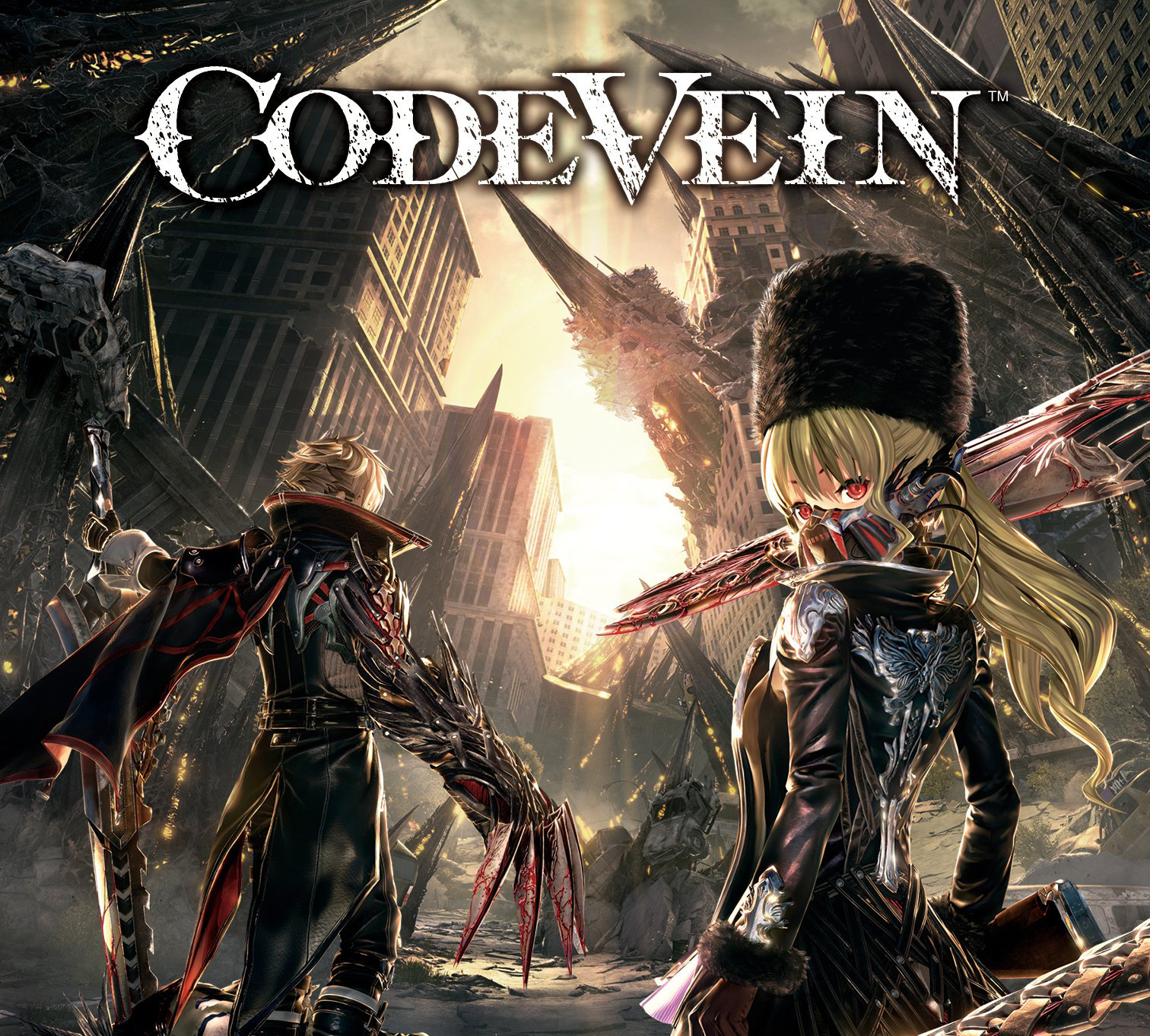 The much anticipated Code Vein is finally here. Throwing you in a world filled with vampires known as the Revenant, Code Vein has you journey a world on the brink of destruction. With no memories or recollection of what has happened, you’ll travel across the remains of a city filled with the Lost. Many questions arise along the way that are slowly pieced together. Though you have one main goal, the story itself will take you on many directions into finding out what happened as well. Code Vein has been compared to Dark Souls many times before launch, and Bandai has provided an experience that only Dark Souls can deliver. Don’t let the anime characters or cute girls fool you, Code Vein won’t go easy on you at all.

When you first awaken in Code Vein, you come across a girl who doesn’t know who she is, but knows she must follow you. She takes you to a dormant Bloodspring and it awakens from your presence. After being captured, you are forced down ruins to find more Bloodsprings, mainly for Blood Beads. This is where things get confusing. The story itself isn’t revealed right away, nor what has happened or how it happened. The city you’re in is in ruins. Giant spikes appeared to have broken through the ground and into the sky, destroying cities and killing countless people in the process. You are forced to wear masks despite not having them from the beginning. Apparently after some time, a red mist surrounded a section of ruins trapping everyone inside. As a Revenant, your thirst for blood grows in the presence of that city due to a mist in the air known as Miasma. It rapidly grows your thirst and turns you into a mindless berserker they call the Lost. 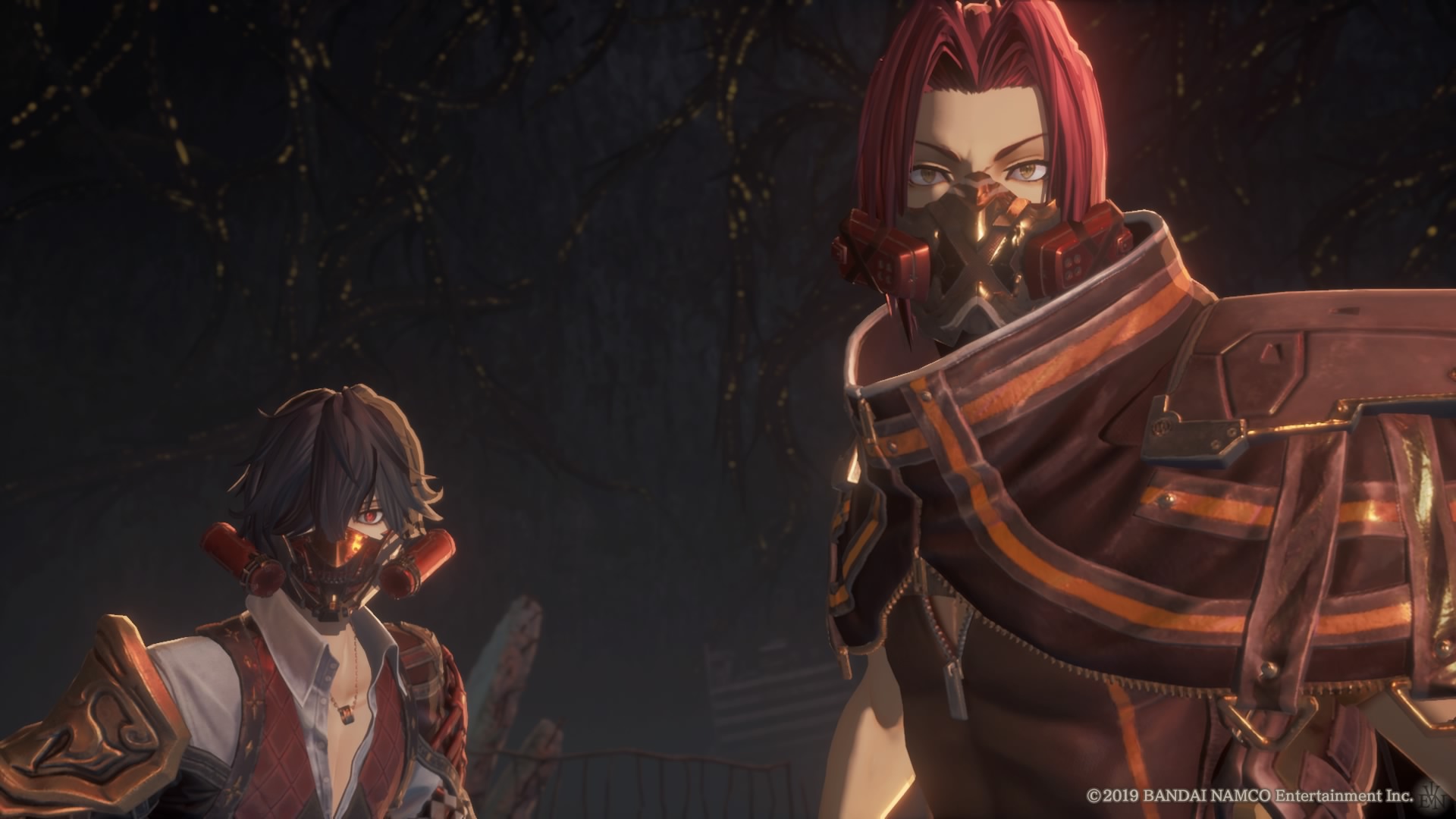 After a chance encounter with another Revenant known as Louis, you find your real mission in finding a means to stop the Revenant from turning into the Lost while eliminating the Lost altogether. Louis takes you to his base of operation where you encounter more Revenant who joined his cause. He informs you of more details of what has been going on, his research on the Blood Beads, and requests your help. Unbeknownst to you, activating that Bloodspring clears the Miasma in the area, which will allow Louis to continue his research in more areas. Louis’ only goal is to find a means of peace for the Revenant by continuing to fight. More of the backstory slowly reveals with Vestiges scattered across the area which carry a lost memory. When a Revenant dies, the resurrect with some memory lost.

Calling Code Veins an anime Dark Souls may be slightly unfair, but it is entirely accurate. The controls and action is very similar, but being that this is anime based, the action can be faster. Some cut scenes enhance the action that mimic dramatic attacks found in anime. There are a lot of differences between the two games. For starters, you can frequently change your character style on the fly, going from a hand to hand combat spec to a mage spec in an instant. This allows you to adjust to the enemies when needed and provides a more dynamic experience. In some instances I found myself in a hack and slash mentality hacking away at anything that I ran into. That only worked for so long seeing as I was easily overwhelmed. In others, I can spec into a mage like character for distant attacks. Each spec has it’s advantages, but also weaknesses. One benefit though is the ability to master the skills. Once mastered, you can utilize that skill in any spec. You can be a warrior that shoots fireballs or a ranger with defensive spells of a warrior. 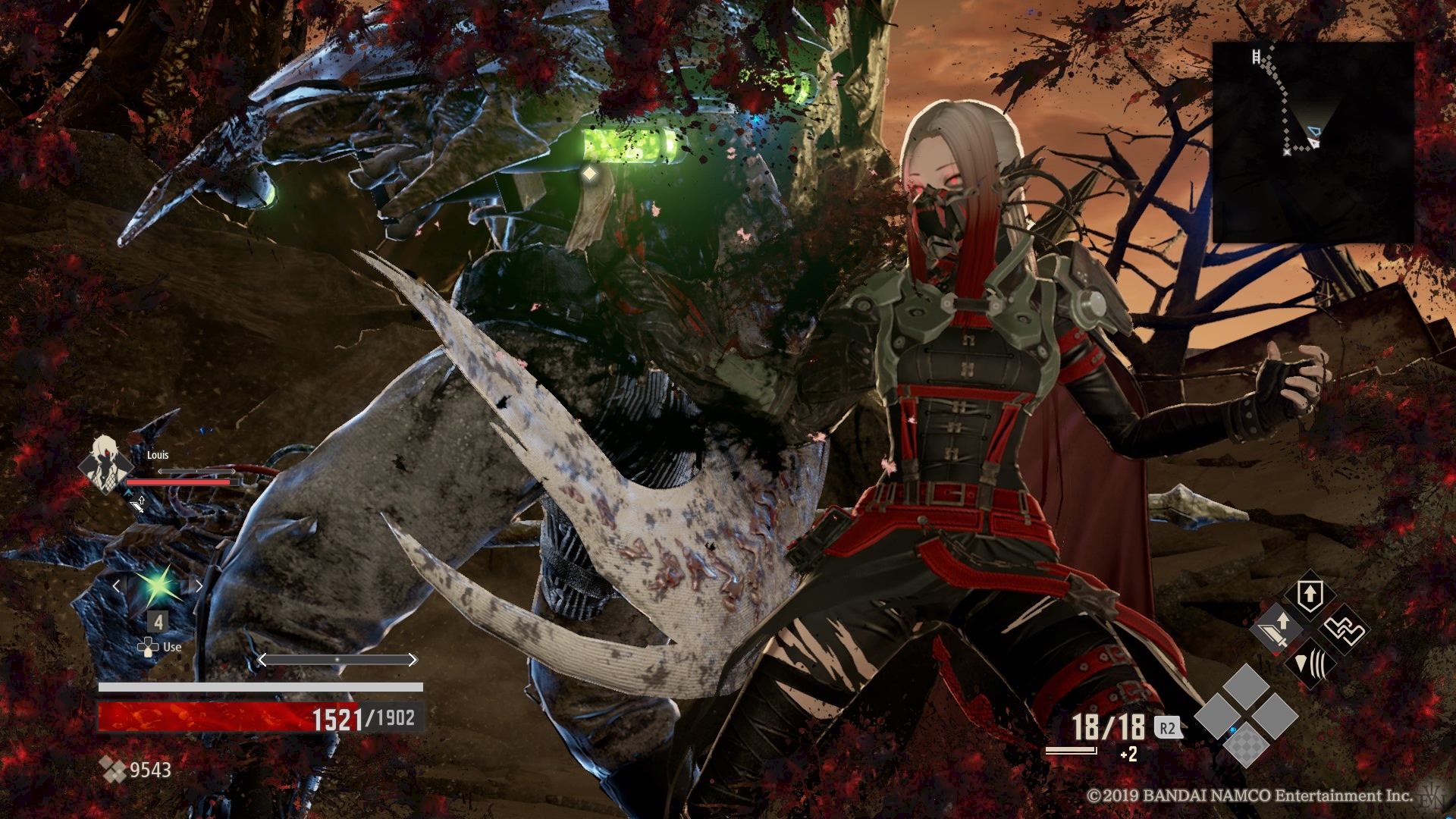 Each of the specs are known as Blood Codes. They can be found through Vestige memories or shared from other Revenant. Off the bat, Louis gives you his blood code where you can utilize his attacks. Other Revenant from his party do the same as time goes on, adding to the arsenal of skills made available to you. You can choose to stick with one Blood Code, or play around with the other Blood Codes with different types of skills. Some may blend well and others won’t. This is where you can experiment and find what works for you. Due to the difficulty of the game, I found myself using the Atlus blood code which allows for heavy armor and defense. The extra armor and attack bonus on two handed weapons gives me an edge against the Lost at the price of slow attacks. That’s where the skills come in. The skills are known as Blood Gifts, and each gift is unique to it’s Blood Code. A caster Blood Code will have gifts focused on ranged attacks and energy regeneration. Once a Blood Gift is mastered, it can be utilized in any spec. You may be tempted to build a fireball shooting warrior, but the fireball may not get it’s full effectiveness if it’s outside the Caster Blood Code.

Though originally announced 2 years ago for a 2018 release, fans had to wait an additional year before getting their hands on Code Vein. Despite it’s similarities to Dark Souls, it’s unique on its own. I’m not as vested in the Souls series, with my only experience being Demon Souls and Dark Souls 3, I did notice how familiar it was right away. The driven story, anime inspired atmosphere gives you a completely difference experience with the difficulty the Souls series is known for. The similarities are there, but deep down they are two completely different games. There were times that I felt like I was playing an actual anime with the fast action sequences. The beautifully drawn characters and rich environment will keep you coming back. The menacing Lost and deadly bosses will keep you on your toes. This isn’t the next chapter in the Souls series, but Code Vein will feed your thirst until then.