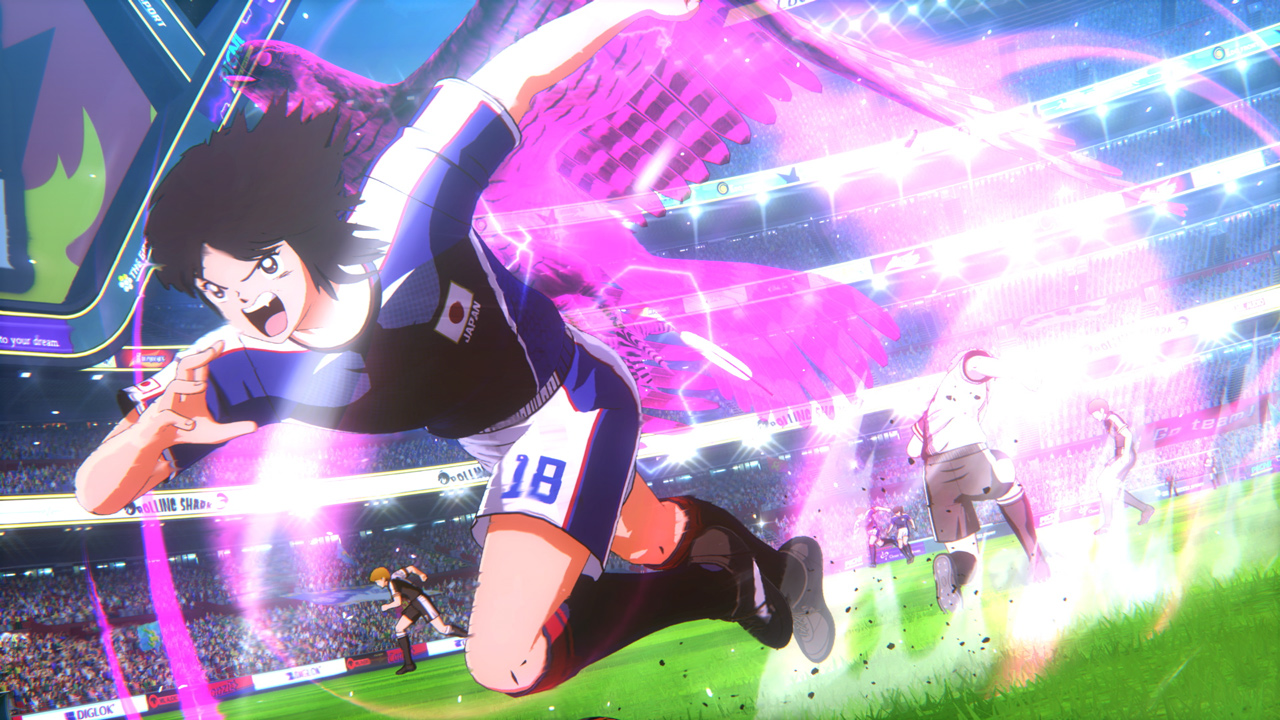 Back in January of this year Bandai Namco announced a new soccer title featuring Captain Tsubasa a trailblazing series from 1981 that is still cherished to this day even seeing a new adaptation airing from Spring 2018-Spring 2019. I was eager to get my hands on the full version of Captain Tsubasa: Rise of New Champions from the day I got to preview it back in January.

Suffice to say this game does a lot right when it comes down to pure nonstop fun throughout and it ends up being the most chaotic fun I’ve had playing a sports game in quite some time.

Captain Tsubasa: Rise of New Champions hands you two story modes; one following our titular hero Tsubasa Oozora and the other following your own customizable character. Episode: Tsubasa follows our hero as he rises up the ranks with his friends by going head to head with some of his most famous rivals with the goal of winning the World Championship. There’s not much different to this story that the anime doesn’t already tread on.

The game actually gives you a glimpse into the finals in the very first cutscene so the rest of the story is essentially a buildup to the finals of the world championships which makes for a great setup in this instance. The story meshes in with the gameplay several times throughout this 5 hour long episode as each game has a notable event that causes the gameplay to abruptly switch over to a cutscene. 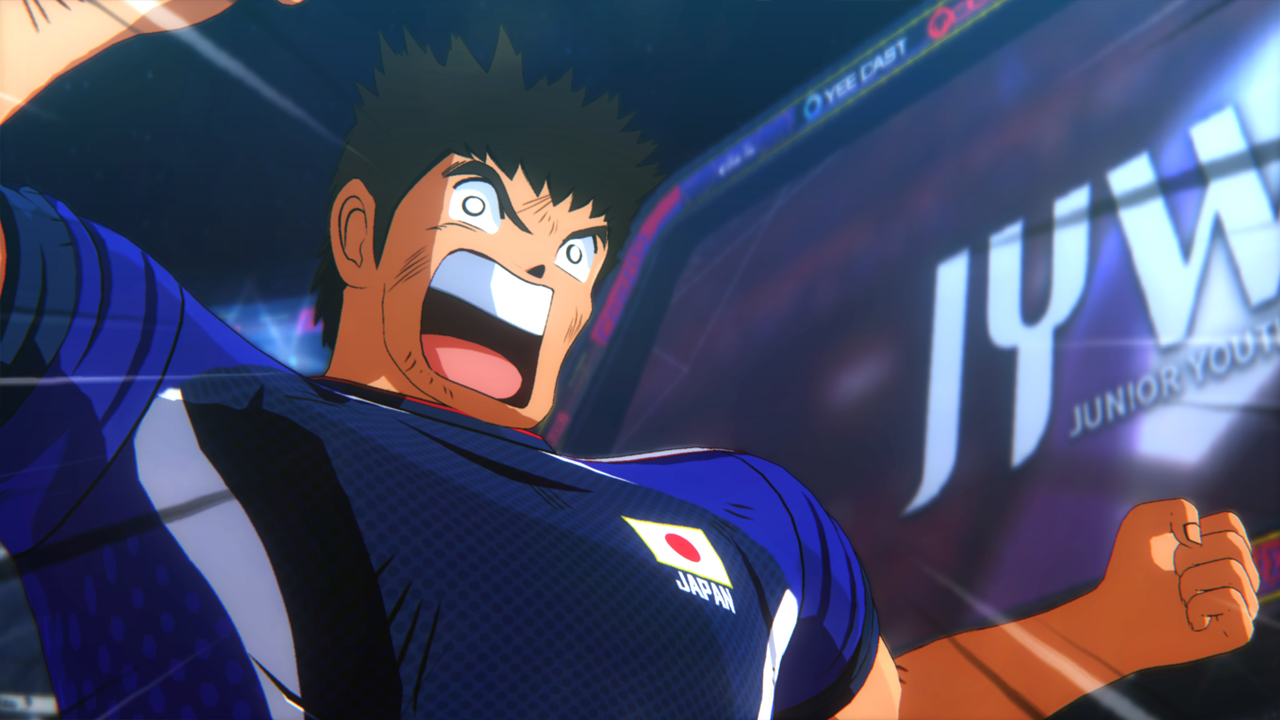 Sometimes it will be a character about to perform a devastating attack and sometimes it involves drama within Tsubasas’ team otherwise adding onto the tense nature of the match itself. One game has the opponent score a point on you within a cutscene so it forces a handicap right off the bat challenging your slowly expanding skills to persevere for the win.

I will be the first to say that I was sweating in some of these fights. The game has this nagging habit to cut too often in a game and in some cases where it seems like load screens are cutting away from cutscenes for them to transition into another cutscene which becomes a bit annoying. 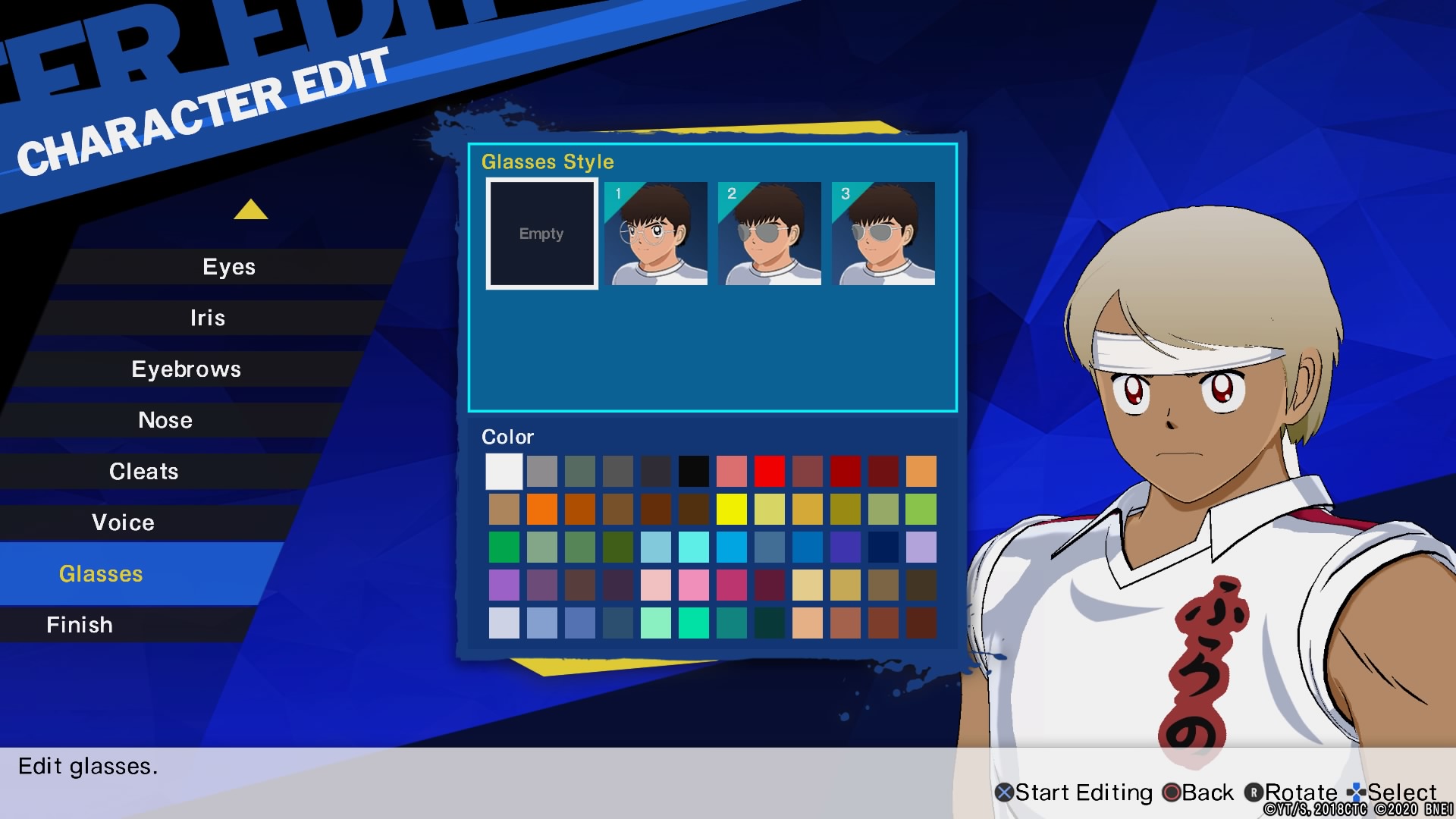 The second story mode follows your own character in Episode: New Hero where you get to be the hero that leads our team into victory. The story begins when it is announced that there will be one last tournament and Tsubasa and the team are excited to participate although some of them are unfortunately unable to compete during the summer. That is when word spreads of a new soccer prodigy in the form of your very own character so it is a true blue rags to riches story throughout. With this newfound story comes a lack of restrictions from the base series as your character has extra dialogue choices to tailor the story to your desire. It doesn’t add more than extra dialogue and immersion but it is a nice addition to otherwise watching an anime in between matches.

Customization in Captain Tsubasa: Rise of New Champions is easily one of my favorites among Bandai Namco titles with just the sheer volume of it all. There are so many options that I found myself playing with the creator for quite some time I would definitely put this up there with Code Vein. 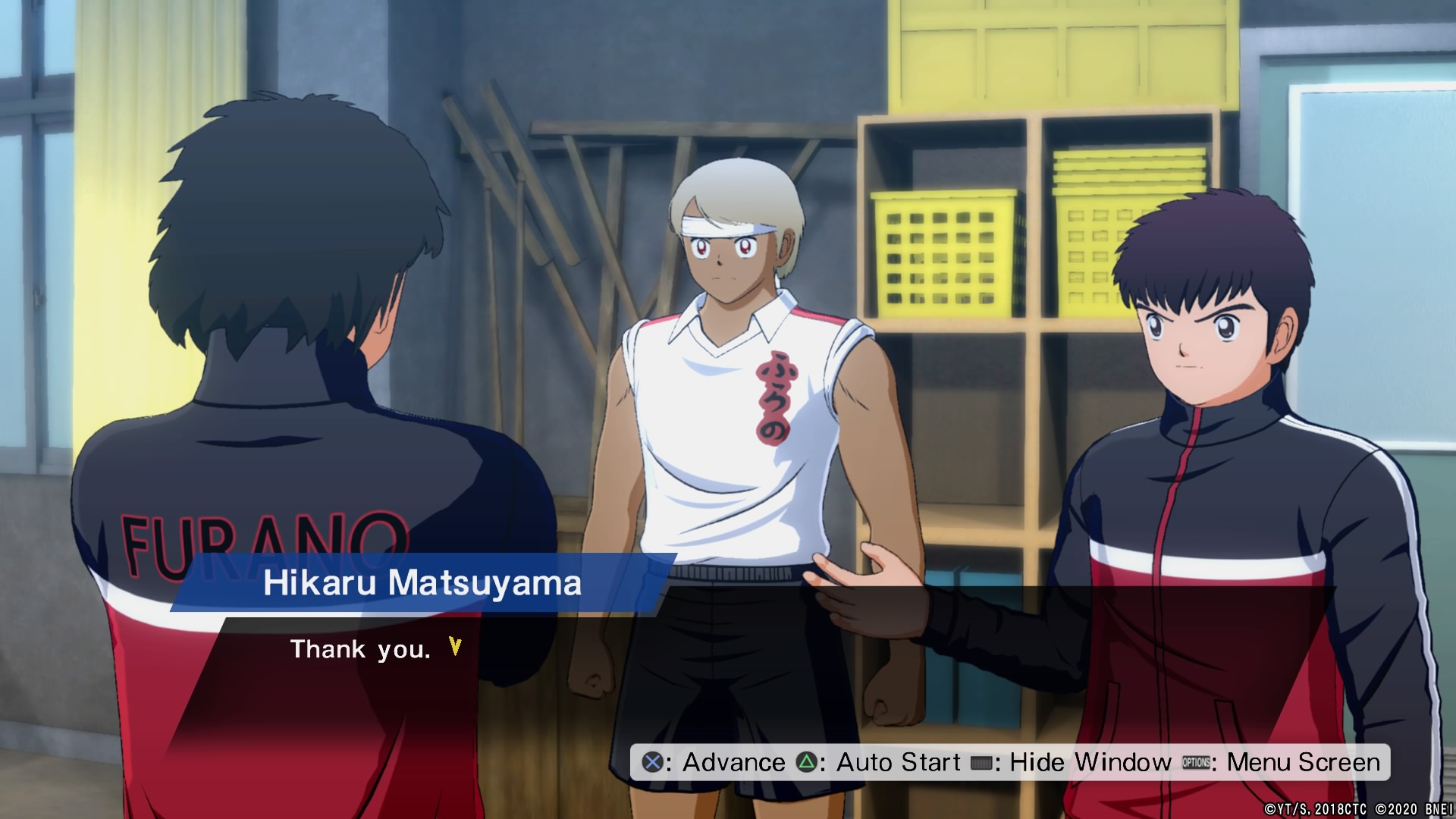 In a previous review of FIFA 20 I mentioned that the Volta mode was easily my favorite part of the game and hoped future soccer games tweaked the traditional formula to bring more dumb fun to the genre and Captain Tsubasa does not disappoint. The game starts off like an average soccer game with passes, shooting, scoring all being a factor as they are traditionally but then you count in stamina and other meters that keep the fun going for both parties involved to prevent it from truly being one sided.

There is almost a cerebral aspect to this game to out-think an opponent using the goalies stamina, V-Zone meters, and power shots. Simply out running an opponent is just not the case anymore as you have to factor in all of these skills and maneuvers you have in your arsenal.

Dodging is easily the missing ingredient for soccer games as it’s the deepest and most fun aspect here. When charging through the field to score a goal there’s this moment where you have several options to choose from; you can attempt to dodge all possible advancements to steal the ball and set up for a face to face power shot or you can pass it and save that energy without the risk of getting caught up with no stamina. The combination of gauges and meters keep the game fun and require more thought that the typical soccer game. 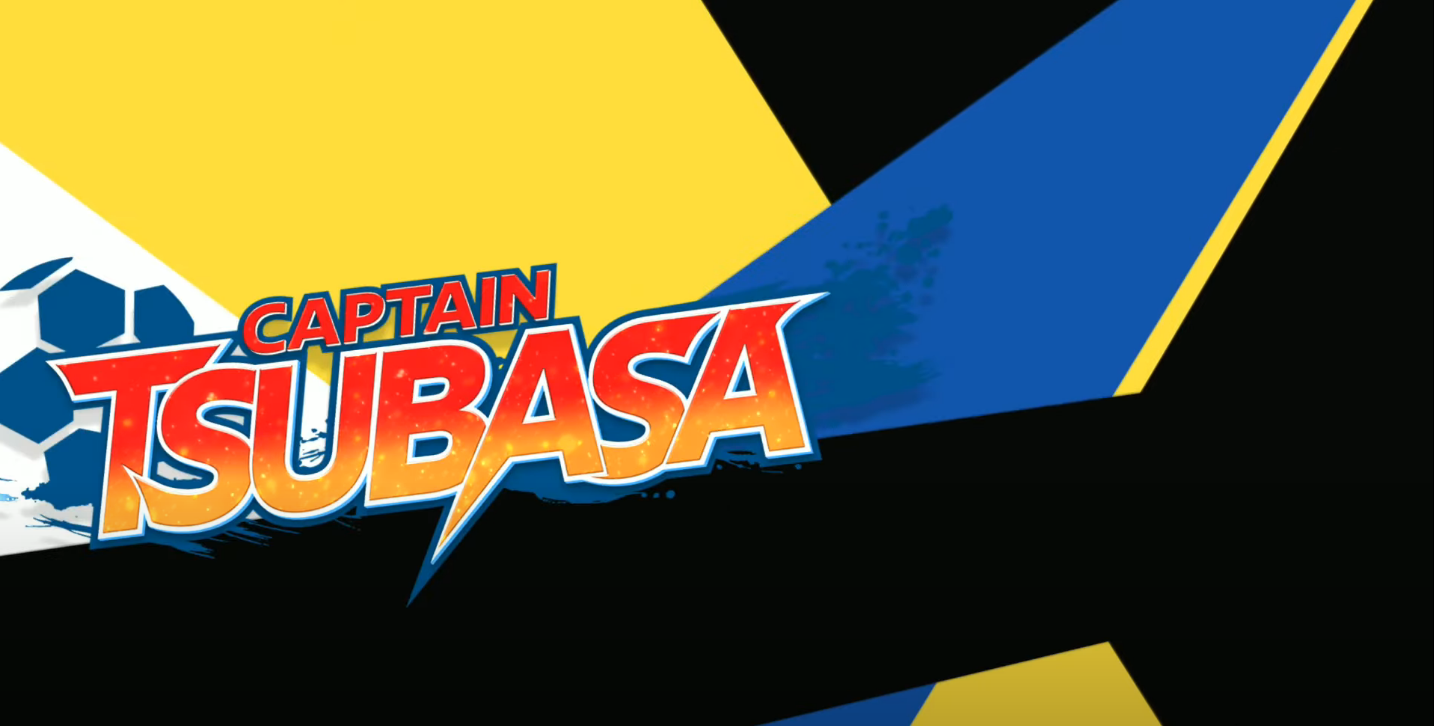 I didn’t know in what section I would put this complaint in but there are so many splash screens within a single match that it turns me off from playing sooner rather than later. Don’t get me wrong I know that it’s supposed to be there but perhaps throw a bit more style in rather than a black screen with the logo every time variety goes a long way.

The art direction for Captain Tsubasa: Rise of New Champions is certainly one of the most unique for a Bandai Namco game. Typically most licensed games tend to blend all together looking at its best like cell shading over a somewhat unimpressive cg model that you can drag and drop onto any franchise(albeit there are quite a few exceptions in Bandai Namcos lineup e.g. Dragon Ball FighterZ) but when it comes to this there’s quite a bit of a charm mainly in part from the series’ era.

The 80’s anime artstyle still shows much of its charm as it did back in the day with a cute yet whimsical design for the art direction it’s very child-like in a way. Some of the characters have odd proportions while most stood out with a single trait. Tsubasa himself was the most generic but because everyone else had a special unique trait he stood out just as much. 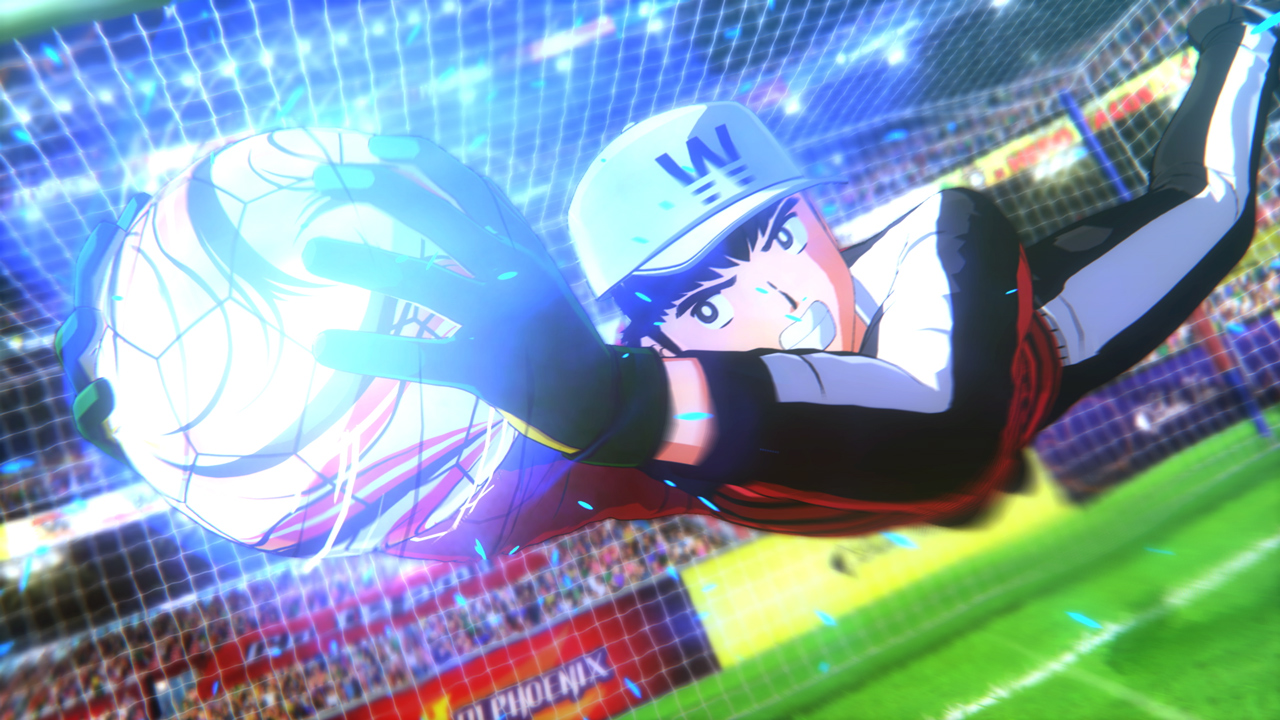 Environments are nice and colorful while the power shots and specials are absolutely eye candy to see with each one oozing personality. Story mode does a good job at preventing the character models from not looking too robotic while also having good camera work cutting to different locations and segments without the typical awkward cuts or elongated scenes.

Captain Tsubasa: Rise of New Champions is an very fun licensed adaption of the classic franchise that offers one of the most action packed arcade style sports games I’ve played and excels soccer games being the norm. Each aspect added to beef up the gameplay pays off with every gauge and meter working exactly how I would want it to. Setting up pass shots was made easy with a simple to follow tutorial and by the time I reached the end of Episode: Tsubasa I felt like I can conquer the world. 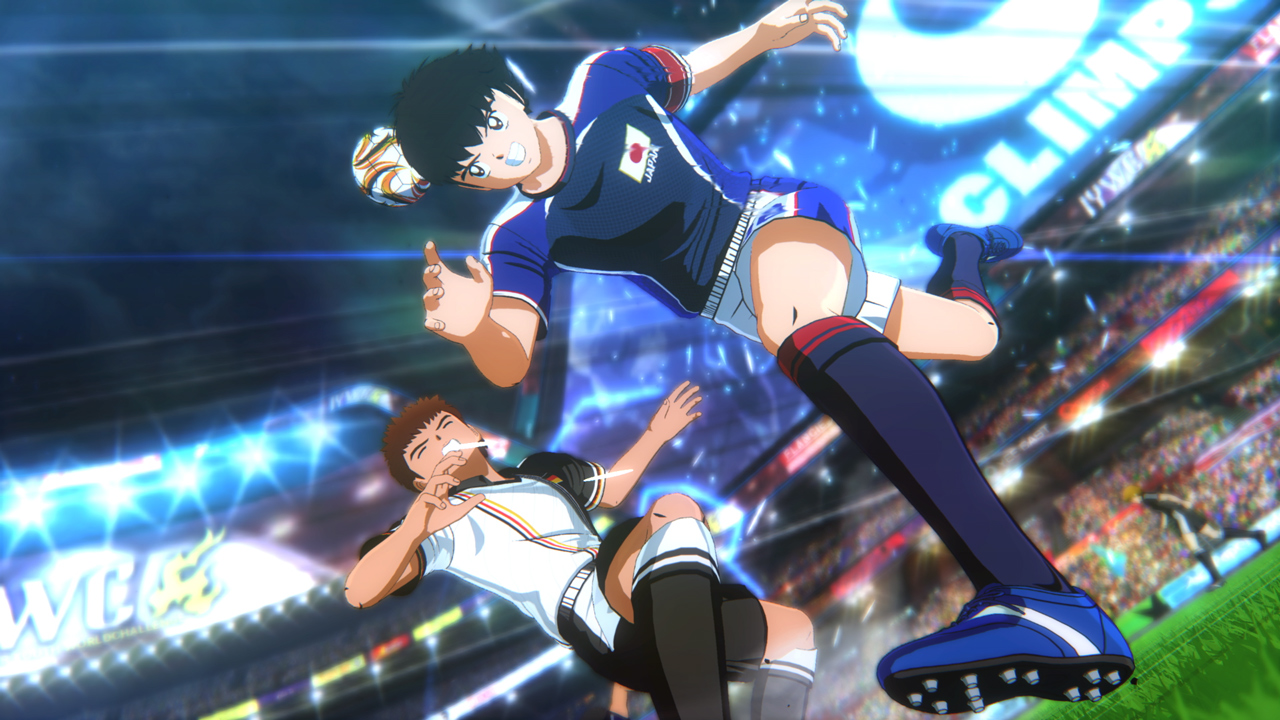 So much dialogue, splash screens, and loading screens can only keep a man sane for so long and after playing a said amount of the story I opted out to play versus mode where splash screens still haunt me(even in my nightmares). Otherwise If I were to recommend this to a friend it would get high praise for being quite addicting. Tsubasa shoots, he scores(goooooooooooooooal)!