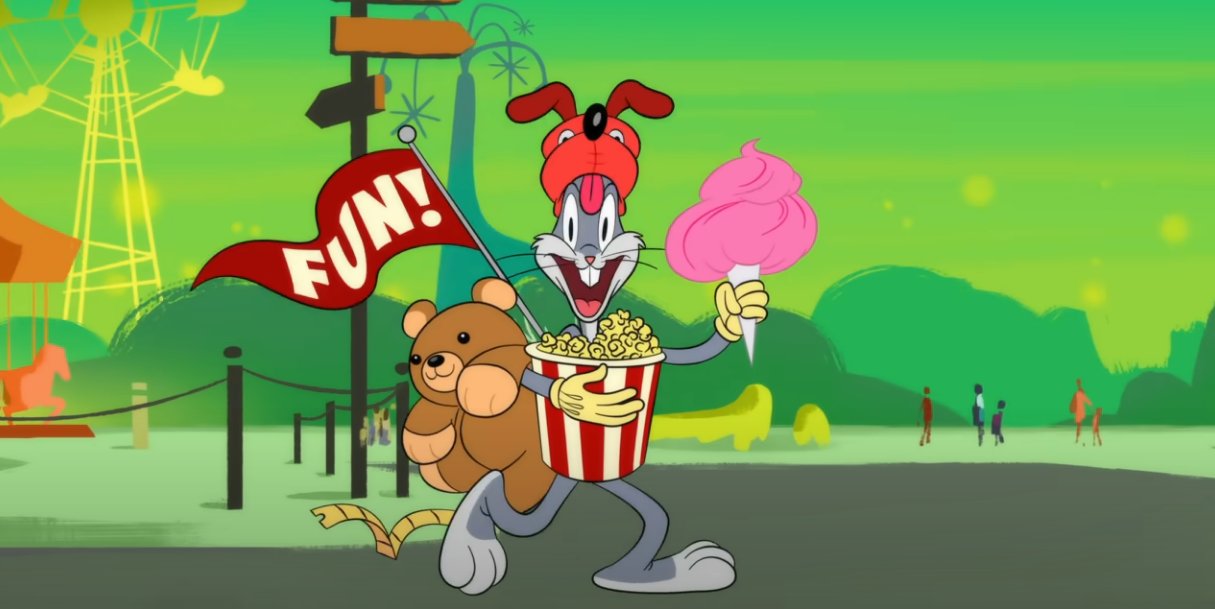 With the debut of HBO Max and it’s enormous catalog of content to be released we got the chance to interview some of the cast and crew of the upcoming series Looney Tunes Cartoons more specifically the voice of Bugs Bunny himself, Mr. Eric Bauza.

Eric: Doing well how are you?

Alan: I’m doing alright! You have an incredibly large resume through countless mediums(video games, movies, shows) how did you get your start and do you think past Eric would believe how long this road would be?

Eric: Present Eric is still in disbelief that this is still happening and I get to talk to really cool people like you about this stuff. I’m Canadian so I will always be in disbelief when something happens and be super thankful about it because who know when we get the opportunity to do something like this again! The amount of reboots and the amount of- you know the amount of remakes and the demand for it I felt like there was an era of remakes that was happening in the late 90’s that I thought “whelp maybe were hitting the plateau on remaking things” but then we have to keep people interested and you have to keep people wanting these characters because they’re great and of course you can access the original material. You can watch the original shorts but it is quite remarkable to be a part of something like Looney Tunes Cartoons that isn’t trying to reinvent the wheel, they’re literally going back to the drawing board and doing it the way they used to do it back in the 30’s and 40’s.

Alan: Yeah! I was just talking to Bob Bergen about that actually. He was in Duck Dodgers and I asked him how weird is it doing so many different spin offs of Looney Tunes but they never touched the original feel of Tex Avery Chuck Jones style. I believe you guys worked together on the 2011 show The New Looney Tunes show.

Eric: I know it’s hard to keep track of the titles they’re running out of titles! I think that every attempt will always honor the original backbone of the character and then just having to put them into different situations I found. I remember reading the sides for Looney Tunes Show and remember the very first version of it and even in its own run like every production will find its groove and evolve into what it’s supposed to be. I found it very interesting. They were all neighbors in the cul-de-sac and having different pairings of characters that were never popularized in the original run and then there was something like Wabbits. The very first version fo Wabbits was supposed to be just Bugs Bunny and this squirel character that faces off against brand new bad guys and new characters and of course you make this cartoon and you’re like “man wouldn’t it be great if we sneak Yosemite Sam into this episode?” and then the higher ups are like “yeah why not?” and eventually Wabbits evolves into New Looney Tunes and then now we have Looney Tunes Cartoons which I believe it finally evolved into the ultimate love letter paying homage to Friz Freleng, Bob Clampett, Chuck Jones, Tex Avery, and Bob Mckimsom these are all the forefathers of the Looney Tunes and I feel like any die hard fans will watch this and go ” okay well they finally got it right!”. (laughs) Thats what we’re hoping for.

Alan: You portrayed Bugs so well in the show it felt like I was watching some of the older stuff. Are there any specific past episodes of the series you watched to offer the best voice for Bugs?

Eric: I will go through the rolodex of the actors that have played bugs in the 90’s all keeping bugs vibrant and relevant and entertaining as Mel did long enough for me to be a part of the family. And I thank people like Jeff Bergman, Bob Bergen, Billy West, Joe Elaskey, Greg Burson these are all people that got to play Bugs and the top 3 Daffy and Porky but the one thing I missed from Mel Blanc was the high energy!(Bugs Bunny voice)You know you can always sound like Bugs Bunny, right? You can get the nasal, you got that kind of bassiness to it as well if I high pitch it and bass at the same time- but what I always missed was when Mel Blanc did stuff like “Oh I’m dying!” like “woo!”(end of Bugs voice)like all those weird screams that he’d do where his natural voice would come in and that’s the one thing that I feel that will set my Bugs apart from the other guys.

Alan: I understand. Sorry I’m trying to keep myself composed here that voice was amazing(laughs).

Eric: (Daffy voice begins)Well what about Daffy? No one ever cares about Daffy everyone wants to talk to Bugs.

Alan: I was just about to bring Daffy up as a matter of fact! So you’re not only playing Bugs in this series you’re playing a bunch of characters including Daffy, Tweety, Pepe, Marvin the Martian how does it feel playing so many characters for one show?

Eric: It’s amazing and surreal to say the least because much like the original all these characters derive from one human being Mel Blanc he set the bar for all the generations of voice actors to follow. You close your eyes and you listen to those original performances he did and it’s amazing how he was able to seperate each character from one another with just the slight speech pattern and temperament and accent and speech impediment and invented styles that he didn’t even know he was probably doing. I know everything comes from real life and he based it off of people that hes met but when you actually hear it and you see the animation and when there’s sound effects and music it becomes its own entity. I wish there was behind the scenes footage, there’s behind the scenes audios of some of his performances I just wish there was more video of him performing his characters.

Alan: I’ve got one last question for you and it’s a quick one! What is your favorite Looney Tunes era?

Eric: Oh man! Favorite era? That’s a tough one. Definitely all the originals for sure. They were repackaged and reformatted for Saturday morning cartoons and in Canada it was called the Bugs & Tweety Show.(Begins to sing This Is It)

That was my favorite version and then they’d do the march and they’d show all the old shorts. My brother and I used to crack up to Hillbilly Hare that was when Bugs cross dressed as a girl to trick two hillbilly backwoods guys with a red beard and a black beard and then eventually bugs became the singer and sings promenade. We laughed so hard and it’s my goal to learn that song word for word and sing it a karaoke bar.(laughs)(Begins Bugs Bunny voice) Now bow to your partners across the hall and that is all.

Alan: That is going to make a splash at any karaoke bar you go to.

Eric: Oh my god. Or I will get kicked out immediately.(laughs)

Alan: I would assume they’d be in such disbelief that they’ll let it slide.

Eric: There’s a little Filipino kid that sounds like Bugs Bunny I most be drinking too much.

Alan: (laughs) Eric thank you so much for coming on for an interview it was a blast to talk to you.

Eric: Thank you and I really hope you guys are doing well. Wherever you are stay safe and thank you so much!