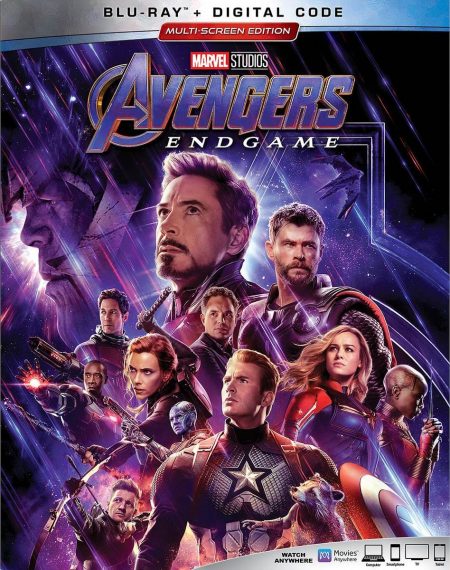 Adrift in space with no food or water, Tony Stark sends a message to Pepper Potts as his oxygen supply starts to dwindle. Meanwhile, the remaining Avengers — Thor, Black Widow, Captain America and Bruce Banner — must figure out a way to bring back their vanquished allies for an epic showdown with Thanos — the evil demigod who decimated the planet and the universe.

Directed By: Anthony and Joe Russo

I give the Avengers: Endgame Blu-ray a B+.

I’d have to admit that I was turned off to watching this film in theaters due to the 3-hour runtime but to be honest with you I enjoyed this film so much that I didn’t even notice it one bit.  It kept my attention from beginning to end with its nonstop action and great storyline.

There are many things I liked about this film including the completion of the story arc of over 20 movies of the MCEU.  This film has something for everyone not just the hardcore fans.

One of the most impressive things about watching Endgame is that it featured every single major MCU character we grew to love. Yet if finds time to give everyone a chance to shine. A super impressive feat that only the Russo Brothers could probably pull off.

The Blu-Ray includes many impressive features like we are used to with the MCU’s home entertainment releases. Special note to one of my favorites which honors the legend Stan Lee who passed away late last year.  You may need to bring out your handkerchiefs for this one.