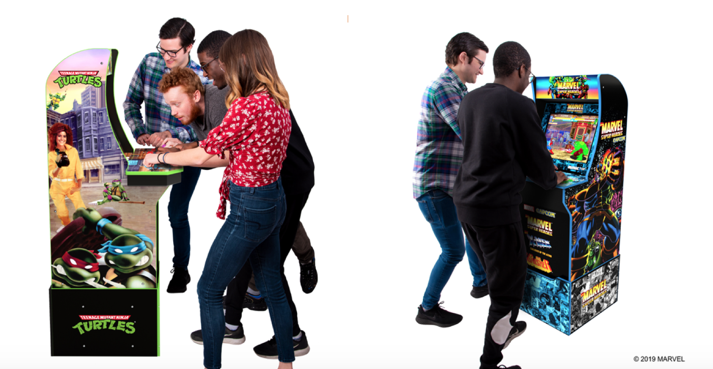 Arcade1UP has a nice surprise in store for E3 as it revealed two new cabinets are coming with some iconic titles. The first will feature Konami’s 1989 side-scrolling beat-’em-up Teenage Mutant Ninja Turtles and 1991’s Turtles in Time with four player co-op! The second will include Capcom’s Marvel Super Heroes, X-Men Children of the Atom, and The Punisher.

Both cabinets feature solid titles, I’ve personally always wanted either a Teenage Mutant Ninja Turtles or a Turtles in Time arcade cabinet but now I can have both. I only have one concern right now in regards to the TMNT cabinet and that is how cramped it might be with four people playing but I’ll find out first hand at E3 tomorrow.

I also love the fact that The Punisher is being added alongside Marvel Super Heroes and X-Men Children of the Atom.

Can’t wait to get my hands on these.