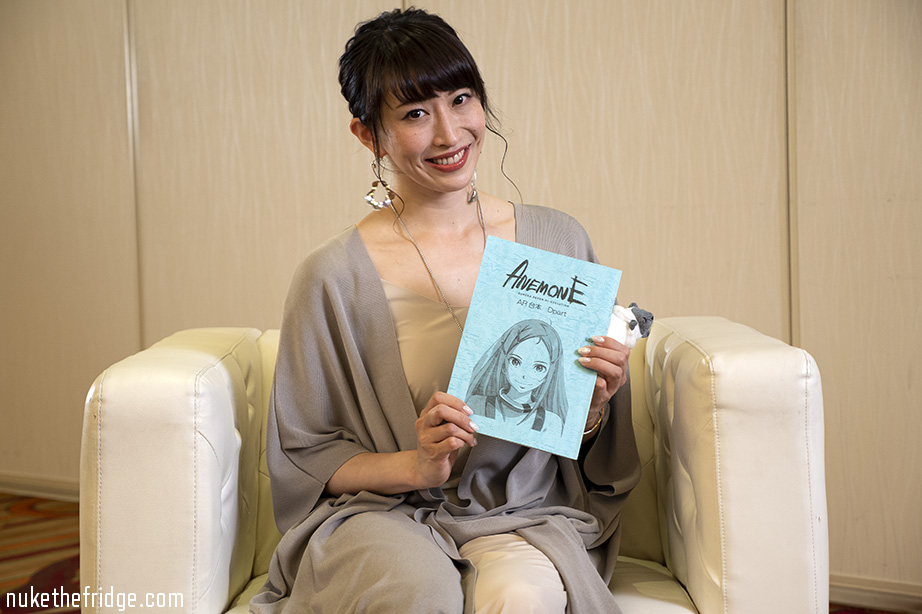 During Anime Expo this year, we were able to catch up with Kaori Nazuka, voice of Eureka, the titular character of the Eureka Seven to talk about the next part of the recent movie trilogy: Anemone: Eureka Seven Hi-Evolution. The new movies are intended to bring a new perspective on the series through the lens of different characters. Anemone focuses on Anemone, an antagonist from the original series, where she must protect the world from a phenomenon known as Eureka. Ms. Nazuka has been playing the role of Eureka for over 10 years and so we’re hoping to see how she feels playing the role again!

How was it revisiting the role of Eureka again after a long time?

Nazuka: Very to revisit the role. The first time was over ten years ago. I’m very grateful to be able to play this character for so long. I’m happy that the fans have been waiting for the new movies.

Personally, Eureka Seven is one of my favorite animes of all time. The story of Eureka and Renton has always been a memorable story to me.

I’m so happy to hear that!

This new project aims to fill in the gaps of the original. With each new retelling there is also a new Eureka. How you approached playing different Eurekas?

Eureka is indeed slightly different and the director did give me that direction to play it differently. The Director’s order was to act as if it was a new project and a new Eureka. Because it’s a slightly different telling of the story, he encouraged me to play with a new understanding of Eureka each time. 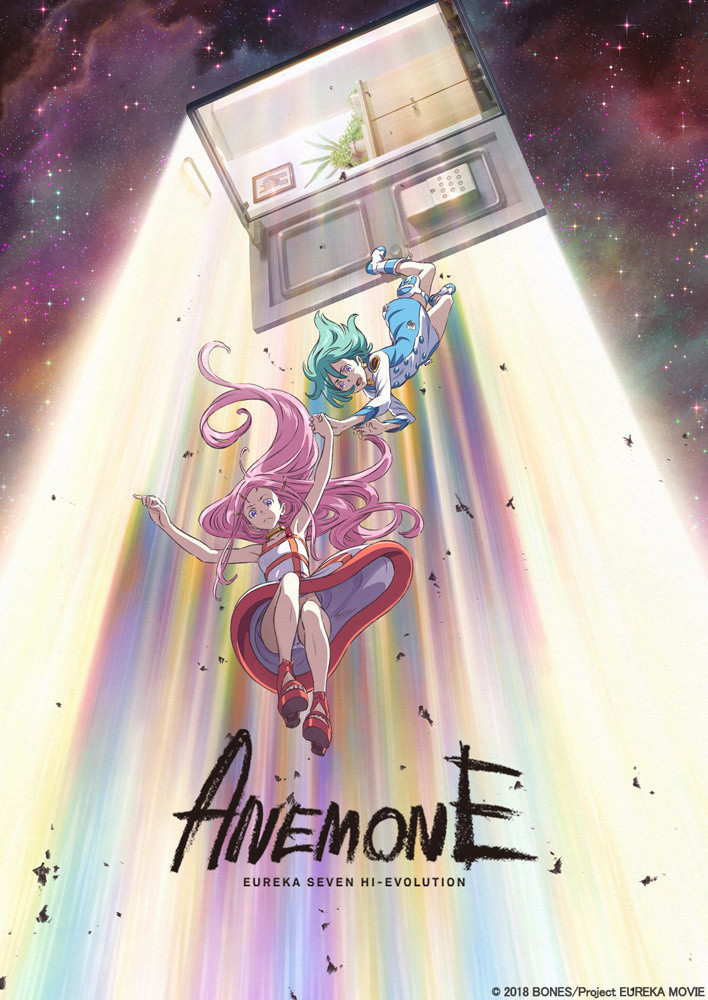 In Eureka Seven TV, you were playing teenager Eureka, and in AO sequel you played Eureka as a mother, how are you playing this new Eureka in the Hi-Evolution trilogy?

I was surprised at first to play a much younger version of Eureka. I really enjoyed it because I was able to play different aspects of her. I was able to have a fresh take on Eureka without thinking back on how I played her previously as if it were a new character.

How was it like working again with Ami Koshimizu (as Anemone) after so long?

I was really happy to be able to work with them again. We’re actually the same age so it was kind of like seeing old friends back together. You know within these past 10 years, we’ve worked on various projects. We’ve learned and we’re grown as professionals. It’s really exciting to collaborate again. 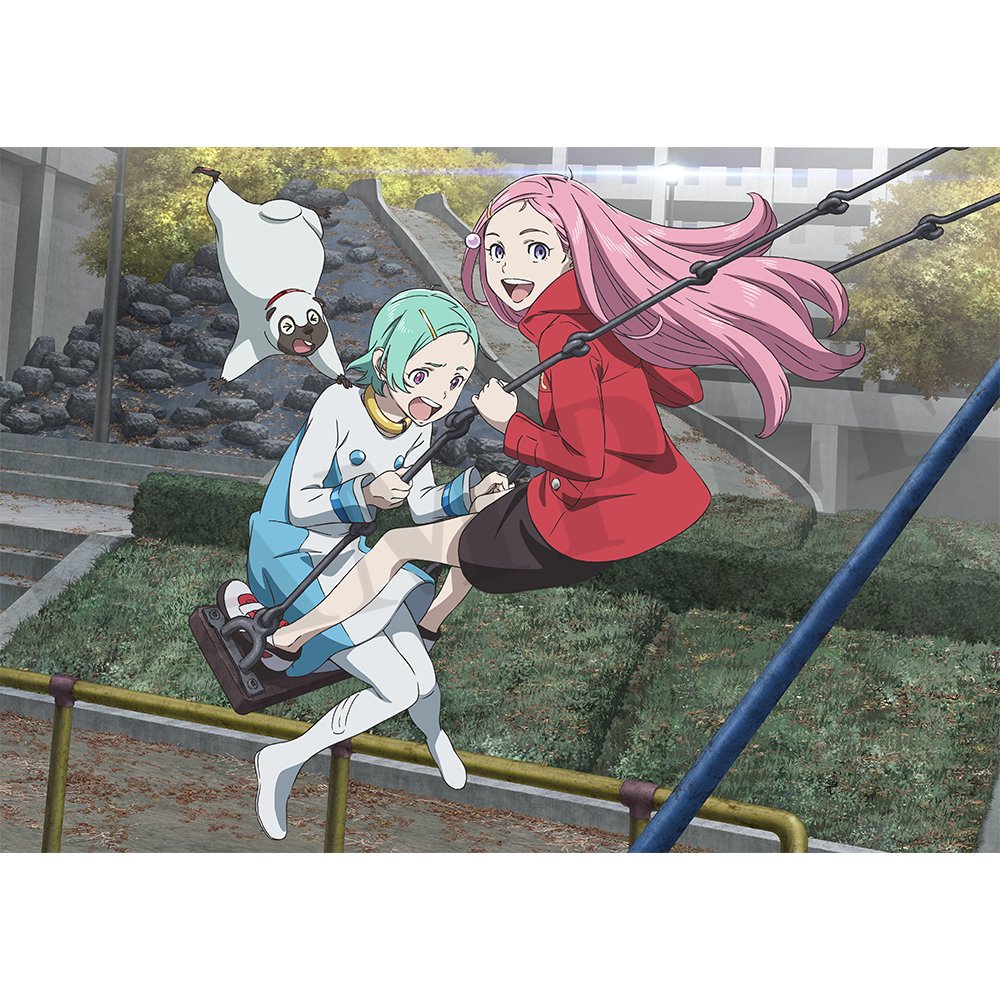 That’s really beautiful thing, you all started together on a project over ten years ago and coming back where you’re all much more mature and veterans of the industry now.

Were there any moments in voice recording across all Eureka Seven projects that was memorable to you?

During the TV anime recording, in the scene when Renton was eating potato chips. Yuuko Sanpei was actually eating potato chips while he was saying his lines. I kneel down on the floor and held a plate underneath to catch all the crumbs coming out of his mouth. Actually, he said it was painful to speak and eat at the same time .

In the first Hi-Evolution film, Eureka had very few lines but now she has a larger role in ANEMONE. Going into ANEMONE was there anything you were excited about?

Compared to the TV series, the stance of Anemone and Eureka have shifted. Where Anemone was kind of the bad guy and Eureka was a good guy. In ANEMONE, it’s almost like they’ve switched. However I didn’t want to villainize Eureka. I didn’t want fans to feel like we’ve killed off Eureka but rather play it like a child that’s trying to get their way. That was one of the things I really paid attention to before I came into Anemone.

Do you have any Eureka Seven memorabilia in your possessions?

Yes I do have a miniature Eureka nearby my computer and a Gulliver plush at the entrance of my house.

Last question, but do you have any parting words for your overseas fans?

I’ve worked on the first two movies, and working on the third one now. I want fans to look forward to it at the same time. If they haven’t seen the original series or AO or previous movies, I highly encourage everyone to catch up before the release of the third movie.

Thank you, look forward to the movie!

Thank you to Funimation for arranging the interview.